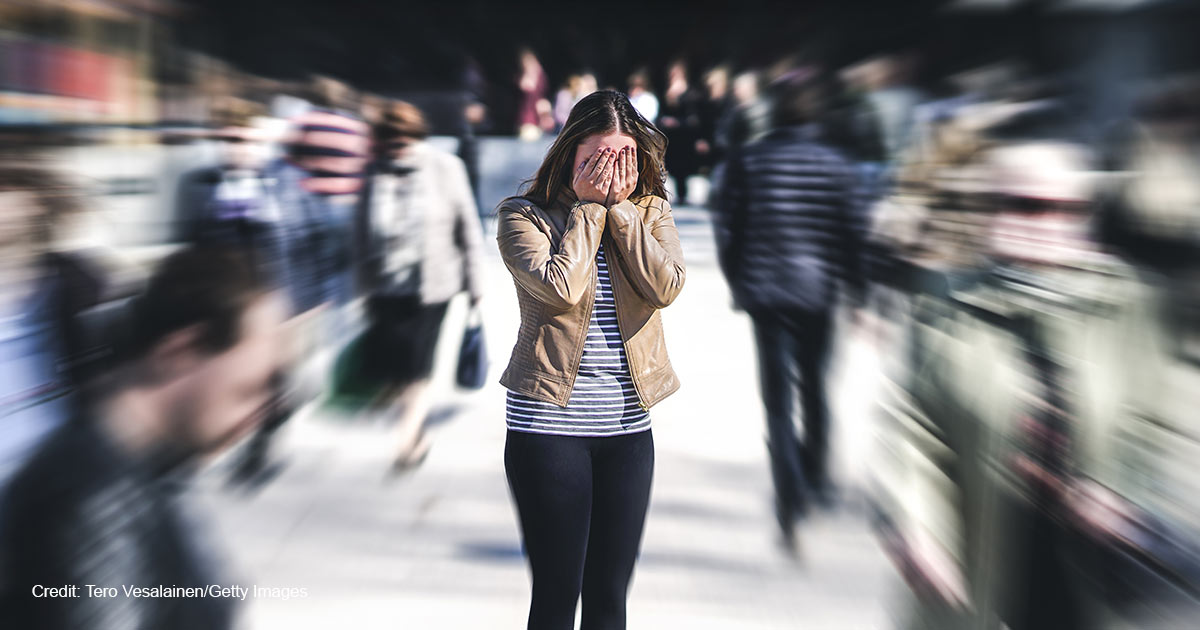 A Nation of Nerves, and a Word of Peace

When President Biden recently commented on the Russian nuclear threat that, “We have not faced the prospect of Armageddon since Kennedy and the Cuban Missile Crisis,” the internet promptly went into panic mode. “Armageddon” trended nationally on Twitter and hit peak popularity as a Google search term. Armageddon — a term which many Americans associated only with a melodramatic 1998 Bruce Willis film — was back on the nation’s mind. In our biblically illiterate age, the term has become for many just a euphemism for “the end of the world.” And any talk of Armageddon simply stokes the fire for an already-anxious culture.

One might expect the waning of a globe-altering pandemic would bring a sense of relief among the global community. Instead, we’ve seen the opposite. Relief isn’t here.

Added to the pendulum swings of the pandemic, America has plenty of issues to worry about. In the midst of midterm elections, inflation, rising crime rates, supply-chain shortages, a border security crisis, distrust of media, and with all this, public confidence in authorities is near an all-time low. People are certainly worried, and worry seems only to be compounding as civil unrest ripples from the front pages of the news into the interior of our lives.

The U.S. Preventive Services Task Force is now recommending that all children and teens be screened for anxiety and depression. Writing in The Wall Street Journal about this new development, which now covers all Americans ages 8-64, Daniel Henninger observed, “One could see this coming: The ultimate pandemic is now life itself.”

We may already be there. The National Institutes of Health reports that, “An estimated 19.1% of U.S. adults had any anxiety disorder in the past year.” And that’s just on a personal level for one out of every five people. Add to that the constantly churning conversation over things like vaccines, gender confusion, and racial tension, and the powder keg is primed for ignition.

The Washington Post recently reported on how stress can be contagious, spreading from person to person. Jennifer Bauwens, Family Research Council’s director of the Center for Family Studies, told me that a rise in individual anxiety can indeed affect more than the individual. “With the individual it becomes a contagion. With COVID, for example, fear is in the atmosphere — you can feel it,” Bauwens said. The fear and anxiety can spread from person to person. The problem with this kind of anxiety acquisition, she noted, is that people often don’t understand that the anxiety they pick up is not their own. “It doesn’t necessarily mean that it’s your fear, but that you’ve come into the presence of a spirit of fear.”

Individual anxiety isn’t a new phenomenon, and neither are its collectivized versions. We see this in the Bible in multiple places. In Exodus 1-2, for example, we see Israel oppressed and enslaved by Egypt. The people collectively groan and cry out to God for deliverance. Likewise in Esther 4, after Ahasuerus had decreed to annihilate God’s people, “There was great mourning among the Jews, with fasting and weeping and lamenting, and many of them lay in sackcloth and ashes.” In both cases their anxiety was met by crying out to God.

In the New Testament, collective anxiety is seen among Jesus’s disciples following his crucifixion, as they were huddled together in fear behind locked doors:

On the evening of that day, the first day of the week, the doors being locked where the disciples were for fear of the Jews, Jesus came and stood among them and said to them, “Peace be with you” (John 20:19, ESV).

The fear and anxiety were only quieted by the presence of Jesus, as he passed through the locked doors to be there with the people who needed him. Perhaps they were reminded of the earlier time when his worried followers woke a sleeping Jesus during a storm on a lake:

And he awoke and rebuked the wind and said to the sea, “Peace! Be still!” And the wind ceased, and there was a great calm. He said to them, “Why are you so afraid? Have you still no faith?” And they were filled with great fear and said to one another, “Who then is this, that even the wind and the sea obey him?” (Mark 4:39–41, ESV)

Bauwens said that approaching fear the right way requires, “…having a relationship with the word of God and being aware of it when we need it. When we feel fear, we need to learn how to connect with God in the face of it.” She’s right — if we don’t know the word of God, then we’ve already given anxiety an advantage. Absent the word of God which brings peace in the storm, our nervous nation will only move from anxiety to anxiety. The issues facing our nation won’t go away, so we who trust in Christ must be ready to face our nation with the word that brings that peace.

If you need a helpful way to grow in your knowledge and use of God’s word, a great place to start is by reading the Bible along with TWS staff using FRC’s Stand on the Word Bible reading plan.