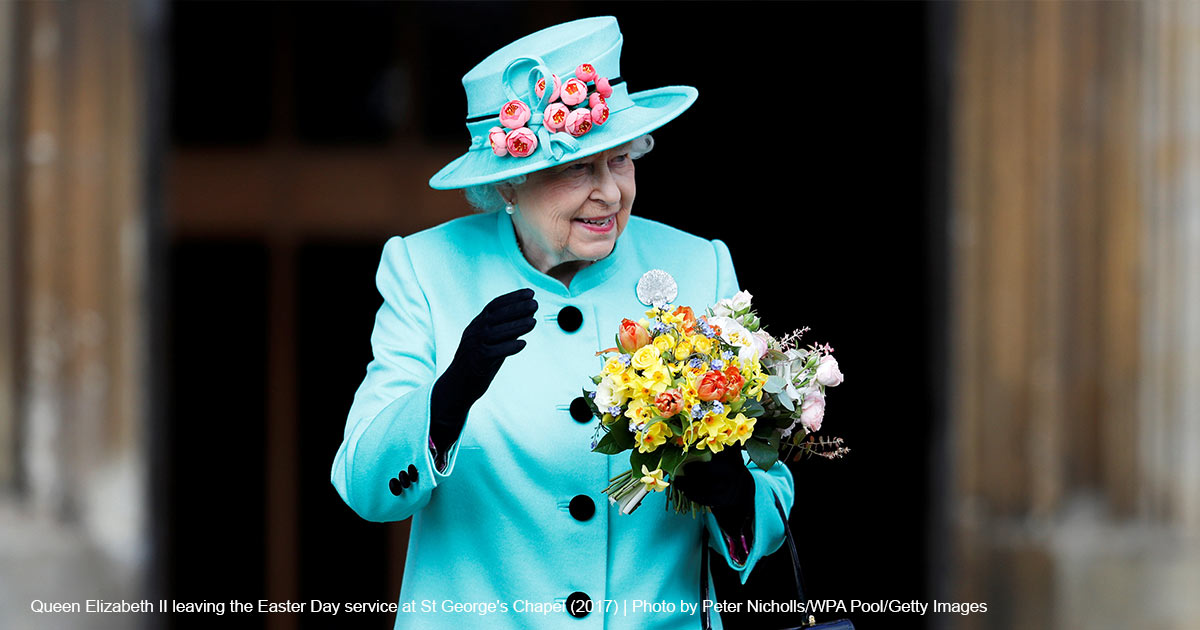 A Queen Who Talked about Jesus

The death of Queen Elizabeth II has brought a justifiable outpouring of grief and respect from leaders and ordinary people in the United Kingdom and around the world. A woman who combined personal warmth with dignity and the increasingly rare and highly valuable quality of self-restraint, her character was steadfast and gracious.

The queen was a great friend to our own country. She understood the sacrifices of hundreds of thousands of young Americans who fell defending not only their own country’s liberty but hers, as well. This loyal affection was shown movingly when she “authorized the (American) national anthem to be played on September 12, 2001 during the Changing of the Guard at Buckingham Palace out of respect for those who lost their lives and in solidarity with the United States.” During a memorial service for those lost on 9/11 that was held in London’s St. Paul’s Cathedral, “when ‘The Star Spangled Banner’ was played in the cathedral, she joined in (the singing) and was later seen wiping a tear from her eye.”

What must not be forgotten in the many tributes to the late queen is her faith in Christ. In her 2000 Christmas broadcast, for example, she said of Jesus, “In his early thirties, He was arrested, tortured and crucified with two criminals. His death might have been the end of the story, but then came the resurrection and with it the foundation of the Christian faith.”

Take note: this was no weak espousal of Jesus as a nice man who said good things. The queen stated quite clearly her belief in the bodily resurrection of Jesus. This was brave, moving, and noble.

In her 2011 Christmas message, Elizabeth was again quite direct in her remarks. “Although we are capable of great acts of kindness, history teaches us that we sometimes need saving from ourselves — from our recklessness or our greed. God sent into the world a unique person — neither a philosopher nor a general, important though they are, but a Saviour, with the power to forgive... It is my prayer that on this Christmas day we might all find room in our lives for the message of the angels and for the love of God through Christ our Lord.”

And in her first ever Easter message, given in 2020 at the height of the coronavirus pandemic, the queen encouraged all Britons to remember what the celebration was truly about. “The discovery of the risen Christ on the first Easter Day gave his followers new hope and fresh purpose, and we can all take heart from this.”

It was not only the British people who were touched by their queen’s quiet but vibrant faith. The late evangelist Billy Graham, in his autobiography “Just As I Am,” wrote of Elizabeth, “Her official position … prevented her from openly endorsing our Crusade meetings. But by welcoming us and having me preach on several occasions to the royal family at Windsor and Sandringham, she (went) out of her way to be quietly supportive of our mission.” Another evangelist, CEO of Britain’s Evangelical Alliance, Gavin Calver, went so far as to say, “The Queen has served incredibly and was also the greatest evangelist I could think of.”

One of the Church of England’s leading clerics, the Archbishop of York, said in his tribute to Elizabeth, “The Queen was not shy in speaking of her faith and the hope and strength she found in Jesus Christ. At the heart of the good news of God is that through the death and resurrection of his son Jesus, the promise of new and eternal life is offered to us all.” The Archbishop, Stephen Cottrell, continued, “This belief, this hope, sustained our Queen and as she rejoices in that promise fulfilled so we too can draw comfort and hope from it.”

The queen sometimes referred quite directly to her own personal walk with God. For example, on one occasion, she said she was “very grateful to God for His steadfast love. I have indeed seen His faithfulness.”

Christians can rejoice in this beloved monarch’s example of faith amidst great change and, sometimes, great difficulty, and pray that all of us share in her boldness in proclaiming it.