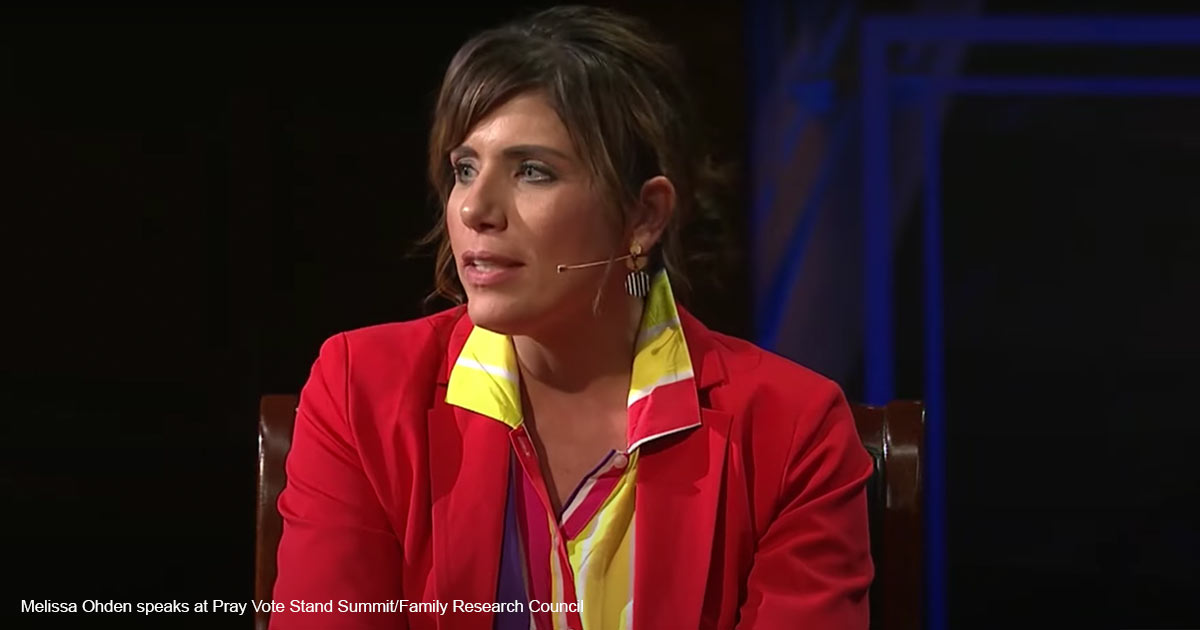 In the eyes of abortionists, every “successful” abortion ends in the death of a child — but, thankfully, not every abortion goes according to their plans. Countless abortion survivors, each one condemned to death as an innocent baby in the womb, walk among us every day. For pro-life advocates like Melissa Ohden and members of the Abortion Survivors Network, legislation that ensures protection for infants born alive after abortions holds deep personal significance.

On January 11, House Republicans successfully passed the Born-Alive Abortion Survivors Protection Act by a 220-210 vote. The bill passed entirely along party lines, with all Republican representatives voting in favor of the bill and all but one Democrat voting against it (with one Democrat voting “present”). The Born-Alive Act seeks to “prohibit a health care practitioner from failing to exercise the proper degree of care in the case of a child who survives an abortion or attempted abortion.”

To Sarah Zagorski, communications director of Louisiana Right to Life, the Born-Alive Act “puts the penalty on the right party” by “criminalizing doctors who do not get medical care for the child.” In my interview with Sarah, she described how an abortionist delivered her breech at 26 and a half weeks gestation. She shared, “He told my mother to let me die on the table because I wasn’t breathing. Thankfully, my birth mother resisted his coercive efforts and decided to tell him, ‘I’m going to sue you if you don’t get my daughter breathing right now.’” Sarah was sent to a trauma birth ward, where she thankfully survived.

Zagorski is part of the Abortion Survivors Network founded by fellow survivor Melissa Ohden, who lived through a failed saline infusion abortion at seven months gestation. Melissa’s organization has connected with over 600 abortion survivors in their journey of hope, healing, and educating others on the human dignity of all unborn children.

“I just want to thank members of Congress who are voting yes on that bill today. This has been years in the making, double digits of failure to get it to the floor in the making,” Melissa told me. “We are just grateful for members of Congress and their leadership showing that, as this legislative session is beginning, pro-life bills are front and center — and that means the world.”

While abortion survivors are grateful for the progress that the House GOP has made in passing the Born-Alive bill, it is significant to note that every survivor’s story is profoundly unique. Lauren, another survivor who shared her story with me, described how the Lord worked in her mother’s heart to change her mind during the middle of a second-trimester abortion. After leaving the abortionist and seeking medical care from a pro-life obstetrician, Lauren’s mother miraculously sustained the pregnancy for another five weeks — until she found herself in preterm labor at 26 weeks.

“The doctor told my mom that there was a very small chance that I would survive such a premature birth,” Lauren told me. “I was rushed to the NICU, where I weighed in at 2 lbs. 6 ounces. I had a small brain bleed and underdeveloped lungs, but I was stable. Miraculously, I had no brain damage or complications from the abortion attempt or my premature birth. My mom saw my tiny body and decided to keep me. I spent 53 days in the NICU, but I made it home from the hospital just in time to attend my parents’ wedding.”

Lauren concluded, “I can truly say that God intervened in my life in a miraculous way. He saved me physically from death, and He saved my mom spiritually.”

Another abortion survivor, Karen, turned 65 last month, having survived her mother’s multiple abortion attempts that predated Roe v. Wade. Growing up unaware of the abortions she had survived, Karen struggled with the distance she perceived between herself and her mother — until her mother revealed the truth when Karen was 61 years old. In her youth, Karen had experienced three of her own abortions, which drove her to contemplate suicide on multiple occasions.

“God intervened in my life by allowing me to finally go back to church and hear a pastor talk about life and love —something he kept saying kept me going back,” Karen told me. “I was introduced to a young lady there who herself had gone through abortions, and she introduced me to a crisis pregnancy center in our area. I was so overwhelmed by what they do, thinking, ‘I would love to share my story with others who have gone through this.’”

For six years, Karen has taught a class for women who have experienced abortions. She serves on a board with an organization that reaches out to the African-American community about the truth of abortion and providing life-affirming alternatives. She joyfully shared with me that she is completing a master’s degree in mental health counseling and plans to use her degree to continue supporting women who have undergone abortions.

Through learning about her past as an abortion survivor, Karen says, “God let me know that my ‘purpose,’ which I thought was to try to please and make my parents happy, was not the reason why He has me here. My real purpose is to serve Him and do the work that He has for me to do.”

As Congress advances legislation to ensure that infants who survive abortions receive life-sustaining medical care, it is more important than ever to hear the voices of abortion survivors reminding us that life is precious — and that every baby deserves a chance to experience it.