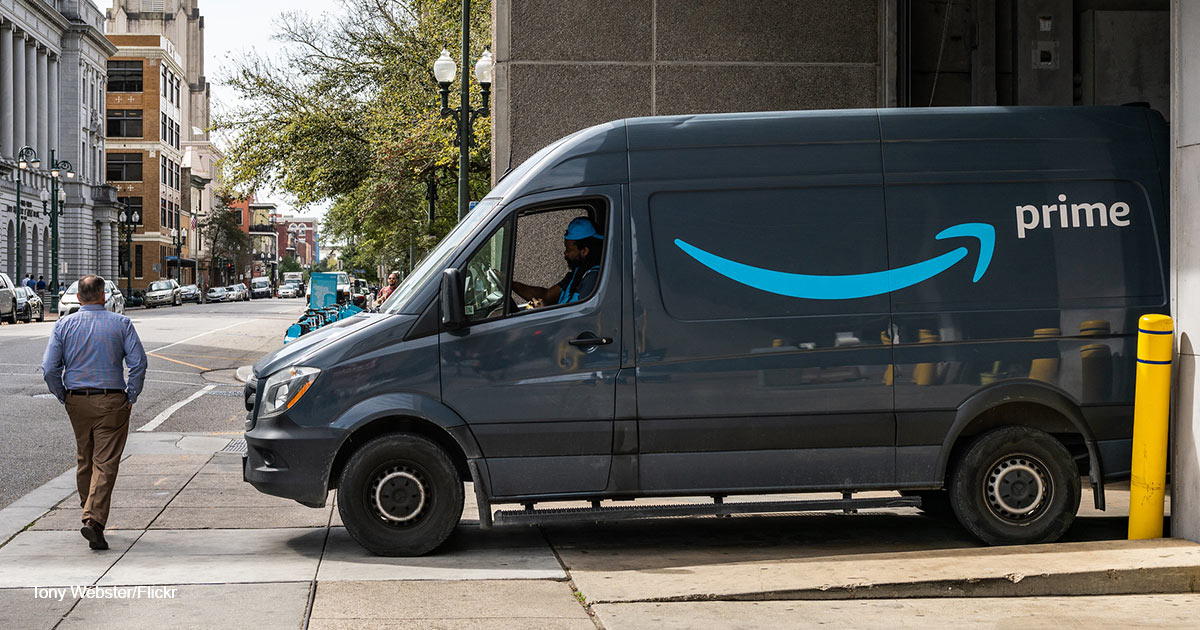 There can be no doubt that the loss of human life to death by suicide is a tragedy of extreme proportions. For heartless corporations like Amazon, however, providing the instruments to cause these tragic losses is nothing to lose sleep over.

Amazon is currently facing a lawsuit on behalf of the families of two young men who died by suicide after purchasing a substance on Amazon that has no household purpose in such a concentrated form — but has been linked to at least 50 deaths by suicide.

According to the law firm representing the young men who lost their lives to suicide, Amazon also recommends alongside the poisonous substance that purchasers buy other items that could be used in a suicide attempt; one item is the Amazon edition of a suicide manual. The attorney also asserts that Amazon removed 1-star reviews on the product from grieving family members seeking to raise awareness.

The argument could be made that Amazon was previously unaware that the substance being sold would lead to these tragedies — but even after being notified, the corporation is still actively fighting to continue selling it. Amazon is seeking to dismiss the case on the grounds that corporations are immune from liability for suicide. Other companies like eBay and Etsy, however, have already banned the sale of the substance in order to avoid selling it to people experiencing suicidal thoughts.

It is ironic that Amazon refused to terminate its sale of a substance that has been linked to suicide while having banned other far less threatening items in previous years for the sake of ideological differences.

In 2021, Amazon stopped selling Ethics and Public Policy Center President Ryan T. Anderson’s book “When Harry Became Sally: Responding to the Transgender Moment” on the basis that the company would no longer be offering books that “framed LGBTQ+ identity as a mental illness.” Of course, Amazon is willing to censor a book with which it ideologically disagrees on the transgender movement — but suicide manuals and substances to accompany them are fair game for sale?

Also in 2021, Amazon took down the popular documentary “Created Equal: Clarence Thomas in His Own Words” during Black History Month, without providing an explanation to the many customers who complained. It is clear that Amazon can and will remove products when it chooses — so why is contributing to suicides an insufficient reason to do so?

While it may be shocking to hear of the total disregard that Amazon shows for human life in cases of suicide, it is perfectly in line with the company’s demonstrated lack of concern for human life in other contexts. In anticipation of the Supreme Court overturning Roe v. Wade, for example, Amazon was one of the first corporations in the United States to announce that it would fund travel expenses for employees seeking abortions. Amazon gladly encourages its employees to travel to kill their children — after all, it’s far cheaper than paying for their maternity leave.

As Amazon ignores the multiple suicides that have been weaponized by its storefront, new data from the Centers for Disease Control and Prevention has shown that the national suicide rate rose by 4% between 2020 and 2021. In 2020, suicide was the second leading cause of death for people between the ages of 10 to 14 and 25 to 34. Suicide in the United States has increasingly become a danger that must be taken seriously.

No action from Amazon can reverse the tragedies that occurred through its sale of dangerous substances linked to suicide — but seeking to prevent future tragedies from occurring would assist in honoring the memories of those who were lost.

If you live in the USA and believe you are in danger or having suicidal thoughts, call or text 988 immediately to reach the Suicide & Crisis Lifeline and receive free and confidential 24/7 crisis support.