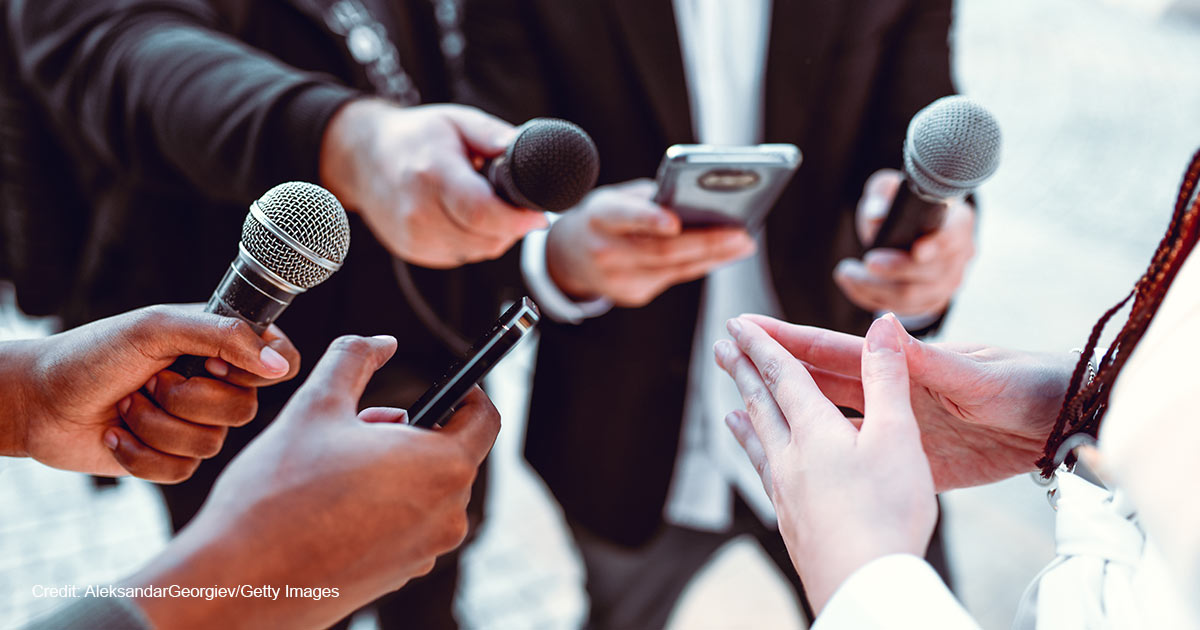 Media distrust is a growing problem in our country, and it’s not hard to understand why.

Just take a look at YouTube — one of today’s most popular social media sites. But YouTube isn’t just a video-sharing platform, it also happens to be a massive proponent of censorship. Earlier this month, the platform removed a recent speech delivered by President Donald Trump, alleging “misinformation.”

He delivered that speech at our annual Road to Majority conference, an energetic gathering for conservative evangelical voters — and no, it wasn’t misinformation.

The injustice is both frustrating and motivating. The video has been removed, along with countless other statements from conservatives. Wanton censorship on the part of Big Tech companies — like what happened to us — has resulted in plummeting public confidence.

Of course, this distrust extends to the establishment media. It surprised nobody but the media when a recent Gallup poll showed media confidence ratings were at an all-time low. Just 16% of Americans say they have quite a bit of confidence in print news, and a mere 11% say the same of TV news.

“People don’t trust us,” NBC reporter Katy Tur observed in an interview. “They don't believe us, and it makes me wonder if this job — as I’m currently doing it — is effective, but if it’s doing more harm than good.”

I commend Tur for her awareness and willingness to acknowledge the problem. That’s often the first step towards real progress. Americans would welcome a reliable, thriving, honest news and internet ecosystem. In fact, the press and free dissemination of information has been a critical part of the American experiment from its very beginning.

But for trust to be restored, there must be honesty about past biases. The media must commit to covering the news fairly, honestly, and completely — even when it isn’t flattering or comfortable. Big Tech must commit to allowing diverse viewpoints to remain standing, without censorship.

Collusion between major networks, prominent journalists, and social media platforms to obscure, distort, or flatly deny the truth has soured Americans on the news.

So stop colluding. Stop distorting, obscuring, or denying. Tell us the truth, let us speak freely, and we will learn to trust you again.

The media and tech complex must also abandon its assumed moral and intellectual superiority. The news anchors should not deceive us because they “know better.” The tech CEOs should not make decisions about the truth for the people who use their services.

These leaders should not tell us what to think. They are public servants in a very important sense, and they are working in one of the most important economies in America: The information economy.

Political analysis and commentary should be presented as such, and not as reality. Judgment calls about disease, health, morality, or politics should be left to the people. Political talking points and narratives generated by wealthy, unaccountable corporate publicity firms should not be allowed to stand unchallenged.

But Americans’s disappointment in the media and in tech is the result of their hope for what these institutions could be, and what our free press ought to be.

Going as far back to the original vision of American media, the press rests at the heart of our ongoing struggle to establish and maintain liberty. The very first constitutional amendment, after all, permanently protects the freedom of the press.

“No experiment can be more interesting than that we are now trying, and which we trust will end in establishing the fact, that man may be governed by reason and truth,” Thomas Jefferson wrote. “Our first object should therefore be, to leave open to him all the avenues to truth. The most effectual hitherto found, is the freedom of the press.”

The American media in particular was the realm within which the Founders hoped American citizens could fight for answers, read and articulate diverse opinions, hold politicians accountable, and speak the truth — even at great political cost.

Which is why I can say, with complete confidence, that restoring trust is still possible. And I await the reform of legacy media with hope. I welcome the day when Big Tech sides against censorship.

Our press, ranging from the largest corporate legacy news companies to the smallest hometown papers, is still an essential component of the American order. Our tech firms allow Americans unprecedented access to vital information.

Americans need an honest and ethical press now more than ever before as we head into the next election season. So, media and tech leaders: Tell the truth and you will earn our trust. Tell the truth and help us build a freer America.

Timothy Head is executive director of the Faith & Freedom Coalition.