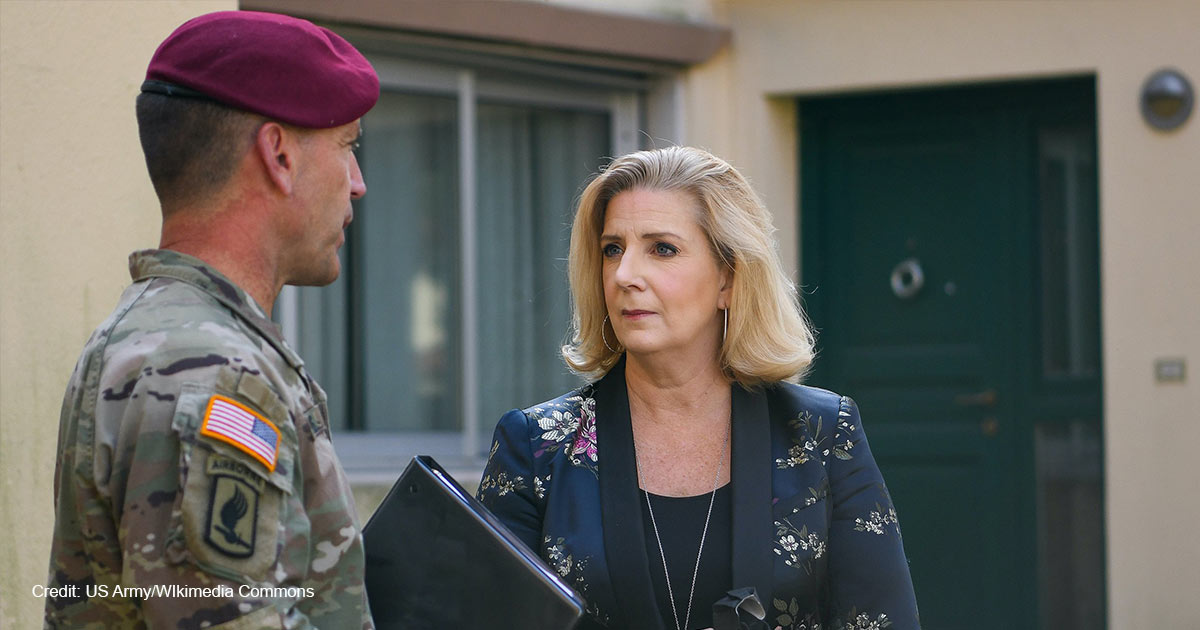 For someone who says she doesn’t know what “wokeness” is, Army Secretary Christine Wormuth has certainly presided over her fair share of it. Desperate to change the conversation from the branch’s pitiful recruiting numbers, Wormuth is frantically trying to defend the military’s obsession with “equity, diversity, and inclusion” while the world is teetering on the brink of nuclear war. Her strategy, apparently, isn’t to just ignore the services’ extremism, but to deny it even exists — a doomed mission, if there ever was one.

“You know we get criticized, frankly, sometimes for being woke. I’m not sure what ‘woke’ means,” Wormuth said on Monday. “But first of all, I would say if woke means we are not focused on war fighting, we are not fighting on readiness, that doesn’t reflect what I see at installations all around the countries or overseas when I go to visit,” she insisted.

That’s interesting, since the explosion of military radicalism is about as difficult to miss as a North Korean rocket. It doesn’t matter which base Wormuth visits or what service academy she tours, the steady drumbeat of social experimentation is everywhere you look. It’s a cancer of wokeism so deadly that leaders like West Point grad Mike Pompeo are warning that not only will it destroy the military, but America too. “A woke military is a weak military,” he argues. “Unfortunately, woke and weak are exactly what our military is becoming under Biden’s leadership.”

It started barely 24 hours into Joe Biden’s term — and has mushroomed into a culture so pervasive that service members now say, “merely questioning” the mission-compromising wokeism “is punished, and that punishment is swift, harsh, and public.” That’s a far cry from Wormuth’s public posture, which she reiterated Monday. “… [W]e do have a wide range of soldiers in our army, and I think we do have to make them feel included.” So far, that “inclusion” has taken some interesting forms: suspicion, suspension, termination, and investigation for anyone not toeing the radical line.

That’s why Wormuth’s call for neutrality is so ironic. “One of the things I think that’s most important… is keeping the Army apolitical and keeping it out of the culture wars.” To that, most service members and other freedom-loving Americans would say: you first. The president, Pentagon, and branch leaders are the ones distracting our military with this mission-compromising wokeism. They would welcome the return of a real warfighting ethos over the mockery Democrats have made of our fighting force.

As Family Research Council’s Lt. General (Ret.) Jerry Boykin told The Washington Stand, “Secretary Wormuth isn’t facing reality. Almost every soldier in today’s Army has a pretty good understanding of what ‘woke’ means, because they have been fed a steady diet of it over the last two years. This ‘diversity, equity, inclusion’ focus is a solution looking for a problem. I encourage Secretary Wormuth to take a realistic look at the wasted training time in today’s Army while pursuing a woke agenda the secretary cannot define.”

In the meantime, if Wormuth needs some help identifying military wokeness, maybe these will jog her memory:

With a track record like this, it’s no wonder the military can’t find anyone to enlist. As one soldier said, “I would not have my children join for the same reason they are in private schools vs. public schools.” In other words, Wormuth had better figure out what “woke” means — and fast.  Or pretty soon, there won’t be anything left to recruit for.