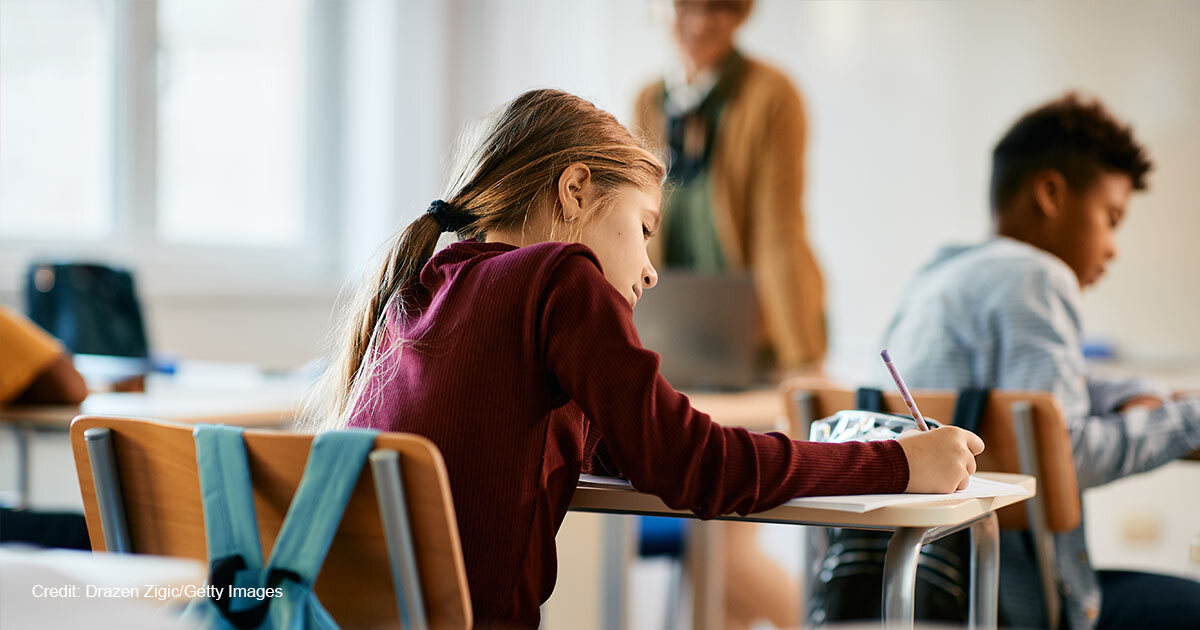 ‘Our Military Is in Decline’: Base Schools Teach Transgenderism, CRT to Patriots’ Children

Radical activists have so politicized America’s public school system that few people would be surprised to hear of teachers who believe they should hide children’s gender identity from their parents, who think elementary school is the “perfect time” to teach children transgender ideology, or who say they should exploit word problems in math to “normalize” the use of non-binary pronouns. Yet even cynics may not expect to encounter these far-left views in schools that serve the children of U.S. soldiers.

All of these controversial practices, as well as teaching critical race theory and preparing children for “global citizenship,” take place in the 160 schools set up to teach the children of military members at home and abroad, a new report has found.

“The new military education aims to detach military brats from their families and their country, all the better to make them global citizens. It seeks to disrupt stable sexual identities,” write Ryan P. Williams, president of the Claremont Institute, and Scott Yenor, a Claremont fellow. “None of the focus areas emphasize math, engineering, or academic excellence in general.” Seasoned military commanders say the outrages documented in the report — as well as the indoctrination of enlisted men — have sapped military readiness and suppressed recruitment.

“Our military is in decline. That is one of the reasons that you see the recruiting problems that are occurring right now,” Lt. Gen. (Ret.) Jerry Boykin, executive vice president of Family Research Council, told “Washington Watch with Tony Perkins” on Monday. Would-be enlistees are watching how the Biden administration’s military leadership is wasting soldiers’ “time in these classes to make them more woke. And they are realizing that the Army, Navy, Air Force, Marine Corps, and the Coast Guard are not good places to be right now, because they’re not serious about the only mission that four of those five services had: to win the nation’s wars.”

While military families may be familiar with the liberal indoctrination taking place on military schools, few Americans even know of the schools’ existence. A government agency, the U.S. Department of Defense Education Activity (DoDEA), teaches more than 66,000 students in 160 schools spread over seven states and 11 foreign countries. Congress allocated a budget of more than $3.2 billion to assure that U.S. soldiers’ children get the same kind of education they would receive in American public schools. Unfortunately, it has fulfilled that commission.

“You can talk about LGBTQ+ things in elementary school,” Genevieve Chavez instructed teachers in the DoDEA system during a 2021 lecture titled “Ally 101 — Creating an Inclusive Classroom for LGBTQ+ Students,” which she delivered with Lindsey Bagnaschi. “It’s actually the ideal time,” continued Chavez — because it can undermine children’s “stable” gender identity. “Kids as young as four years old are already starting to develop a stable understanding of their gender identity. So elementary school is the perfect time because you can really show students the diversity of gender expression and gender activity,” she said.

Military parents may have top secret clearance, but the schools treat their children’s gender identity as a classified matter. Teachers should ask students their preferred name and pronouns, and with whom they wish to share them, said Chavez. “Maybe that student is not ‘out’ to other students in their gender identity,” she said, or “they may be out at school, but they may not be out at home.” (Emphasis added.) Bagnaschi reminded teachers, the military school “might be the only place where they can truly be themselves and use their name and their pronoun” — and Bagnaschi says she wants teachers to “normalize” the idea of choosing one’s own pronouns.

While most Americans believe parents should know whether their child identifies as a member of the opposite sex or is in the process of socially transitioning, DoDEA training seem to establish teachers as more intimate companions with schoolchildren than their own family members. In another session, Michelle Nipper instructs DoDEA teachers to ask students, “What is something your parents don’t know about you?”

“Normalize using ‘they/them/theirs’ pronouns,” said one slide in a presentation for DoDEA teachers — and teachers’ advocacy is far from confined to modeling. “If children use gendered language … talk to that student and educate them [sic].” Later, the presentation says, “If someone misgenders someone” — i.e., correctly identifies a biological male as a male — “correct them.” Baghnaschi admitted she tried unsuccessfully to pressure high school juniors to replace Homecoming King and Queen with the gender-neutral “partners of distinction.”

“[F]or DoDEA presenters, the confusion is the whole point,” notes the report, which cites FRC’s senior education fellow, Meg Kilgannon. “They want students to puzzle over their own identity and even to create confusion where there once was certainty.”

The DoDEA program reflects the Biden administration’s commitment to indoctrinating infants in extreme transgender ideology. The early childhood development organization Zero to Three, which has received more than $200 million in taxpayer funds since 2008, encourages teachers to “support” vulnerable children’s decision to identify as a member of the opposite sex, claiming that the “process begins” as early as “ages 2-3.” Similarly, mandatory teacher courses in the University of Wisconsin system teach instructors to include LGBTQ “lessons with a three-year-old day care center.”

As in public schools, DoDEA teachers are encouraged to smuggle left-wing political and social concepts into every facet of the classroom. Presentations tell teachers to “include diverse and inclusive books in classroom and school libraries.” Yet parents in public schools revolted when they discovered books that graphically illustrated pedophilia and same-sex practices.

Normal literary or sociological classes are not enough for the committed social revolutionary. DoDEA presenters encourage teachers to “use and model non-binary language … in word problems” during math lessons. The tactic evokes a $10 million grant made by Jeff Bezos’s ex-wife, MacKenzie Scott, to “infuse social justice into mathematics.”

In addition to extreme gender ideology concepts such as gender fluidity, the schools teach America’s military children critical race theory (CRT), which falsely undermines children’s love for their country. One slide presented to DoDEA instructors corrects Martin Luther King Jr.’s statement that “the arc of the moral universe is long, but it bends toward justice.” The slide states, “With respect to King, as educators in our classrooms in 2021, nothing naturally bends toward justice without us bending it.” They see themselves as teacher-activists out to instill their values into our children.

One of these is the concept of Diversity, Equity, and Inclusion — based on the notion that all members of all “races” should have approximately equal outcomes. CRT brands anything short of equality of outcome “systemic racism.” Teaching that America was born in the “original sin” of racism and that the Constitution represents “the fundamental flaw” of our country, undermines children’s patriotism and would seem likely to decrease their odds of following their parents into the armed services.

But it paves the way for America’s children to adopt global citizenship: A presenter named Theresa King told DoDEA, “Global citizenship education is a means to combat” such harmful “ideas and practices” as saying the pledge of allegiance.

When teachers cannot get CRT-themed books approved for the curriculum, the DoDEA presentations ask teachers to undermine classics of the Western canon. Teacher Betty Roberts of Robinson Barracks Elementary Schools in Germany told teachers to have students “take a look at their textbooks and [to] identify … the biases and how underrepresented groups are represented in these textbooks.”

While some legislators have made efforts to reform these schools, which indoctrinate America’s most patriotic families in the most patriotism-reducing ideologies, no discernable progress has been made — or is likely to be made during the Biden administration. Both the president and Vice President Kamala Harris have voiced their support for transgender ideology and their desire to embed its teachings into ever-increasing numbers of schools.

“It’s the Emperor’s New Clothes. Everybody has to do it, honestly, because of peer pressure,” Rep. Greg Murphy (R-N.C.), who is a surgeon, told Family Research Council President Tony Perkins on “Washington Watch” Tuesday. “It’s an awful system, and it’s going to damage our country.”