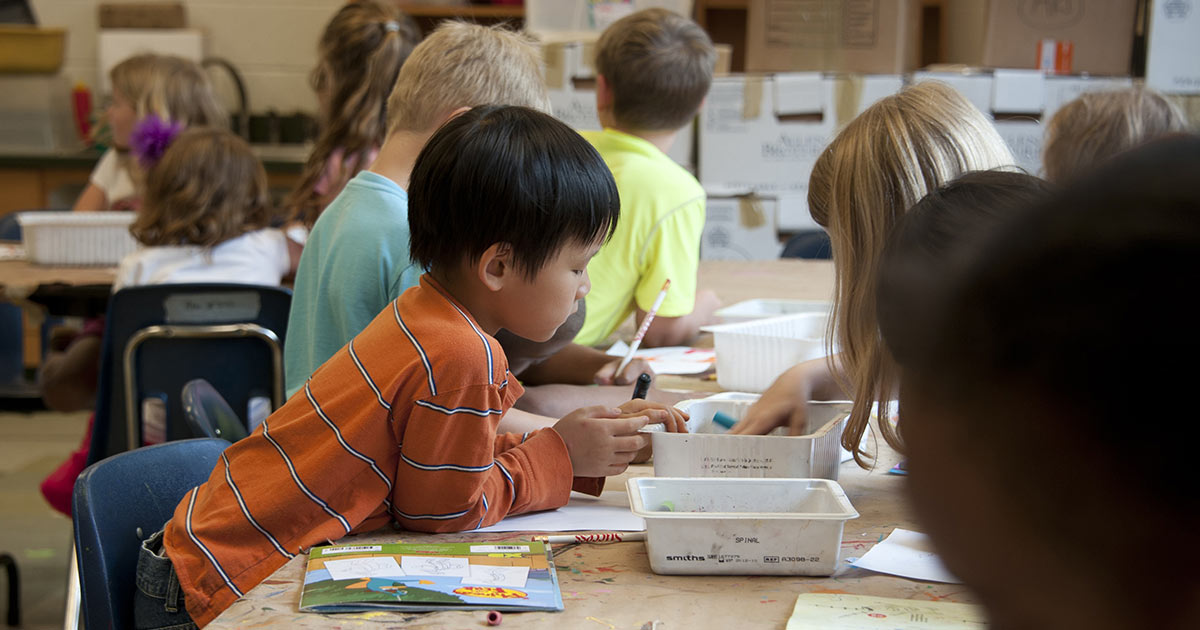 The school board for Wauwatosa, Wisconsin will consider a “Curriculum Revision proposal” to radically reshape their “Human Growth and Development” (HGD) curriculum (essentially, sex ed) into a tool for radical, gender ideology indoctrination.

An HGD committee comprised of “parents, teachers, school administrators, pupils, health care professionals, members of the clergy, and other residents of the school district” created guidelines, which teachers then turned into lesson plans. The school board received the proposal at its August 8 meeting and will vote on its adoption on August 22. Four of the seven school board members for the Milwaukee County suburb will be up for reelection in 2023, while the other three will not be up for reelection until 2025.

According to the publicly available lesson plans by grade level, the indoctrination begins in kindergarten. Kindergarteners are taught to “name at least three types of family structures,” identify genitals, discuss consent, and “define gender.” The National Sex Education Standards list “gender” in its glossary as “A set of cultural identities, expressions, and roles — typically attached to a person’s sex assigned at birth and codified as feminine or masculine —that are assigned to people based upon the interpretation of their bodies and, more specifically, their sexual and reproductive anatomy. Gender is socially constructed, and it is, therefore, possible to reject or modify the assignment made and develop something that feels truer to oneself.”

From there, the curriculum’s sexual education learning curve proceeds too far, too fast. By second grade, students are expected to “define sexual abuse.” Third graders are instructed about reproduction and puberty, and even “create a plan for maintaining personal hygiene during puberty,” with an additional, “20-30 minutes” Q&A for “students who do or will menstruate.” Third graders will also be taught to “recognize differences exist between sex assigned at birth and gender identity,” and to “understand the use of pronouns around gender identity.” Fourth graders learn “that individuals may identify beyond male and female,” and that “gender expansive” people “live their lives showing that there are many ways to be a girl, boy, both, or neither.” They also receive lessons presuming a level of sexual activity, such as one titled, “If you don’t have consent, you don’t have consent.”

While its proponents claim Wauwatosa’s radical proposed sex-ed curriculum complies with state law, it’s difficult to square its age-inappropriate lessons with Wisconsin’s pro-abstinence statute. Wisconsin code 118.019(2m) requires that, if a school board provides instruction related to “human growth and development,” it must present “abstinence from sexual activity as the preferred choice of behavior for unmarried pupils” and emphasize “that abstinence from sexual activity before marriage is the only reliable way to prevent pregnancy and sexually transmitted diseases, …” The proposed curriculum does nothing of the kind.

Wauwatosa isn’t the only school district where children will be confronted by with inappropriate sexual content at ages when innocence should be protected. Just across the border in Illinois, the legislature officially adopted sex-ed standards conforming to the National Sex Education Standards. Fortunately, 96% of Illinois school districts (534 out of 554) opted out of the curriculum. But the curriculum’s powerful backers are sure to continue pushing it.

The push for this controversial curriculum couldn’t come at a worse time. Schools across the country are facing a massive teacher shortage of 380,000 unfilled positions, according to the National Education Association (NEA). NEA President Rebecca Pringle said the shortage came from a “crisis in the number of students who are going into the teaching profession and the number of teachers who are leaving it.” The dearth even further erodes trust in America’s institutions of public education, as the most trusted and beloved teachers exit stage right.

With leftists wokening the teaching profession as fast as they have wokened the military, it’s no surprise that Americans on both ends of their careers are choosing to steer well clear of their cauldron of insanity. Pringle complained about “subpar compensation,” but schools are still rolling in more COVID-era greenbacks than they know how to spend — even wastefully.

The teacher shortage is even impacting states like Florida, which guaranteed Parental Rights in Education with a bill prohibiting age-inappropriate conversations about gender and sexuality for K-third grade students, unfairly criticized as the “Don’t Say Gay” bill. Rather than throwing more money at the problem, Governor Ron DeSantis (R) announced measures that may actually make a difference: waiving fees for qualified veterans and first responders and offering apprenticeships and scholarships to better train a potential workforce.

Despite the shocking prevalence of radical sex ed targeting young children, that isn’t what parents want. Leftists are institutionally entrenched in education bureaucracies, but voters often view their aims with the same disgust they feel toward overcooked asparagus.

Take Virginia, for example, where parental outrage over education put Republican Governor Glenn Youngkin’s comeback campaign over the top in the increasingly blue state. This April, Youngkin signed into law a bill requiring parental notification about sexually explicit material and “permitting the parent of any student to review instructional material that includes sexually explicit content and provide, as an alternative, nonexplicit instructional material.”

Favorable governors and legislatures can be helpful, but often parents must fight radical sexual indoctrination one school district at a time. They should keep a careful watch about what content school board members approve. And, when necessary, they should run for school board themselves and vote out the wokesters. Whether it’s in Wauwatosa, Wisconsin, Loudoun County, Virginia, or Fargo, North Dakota, the battle over education rages on.