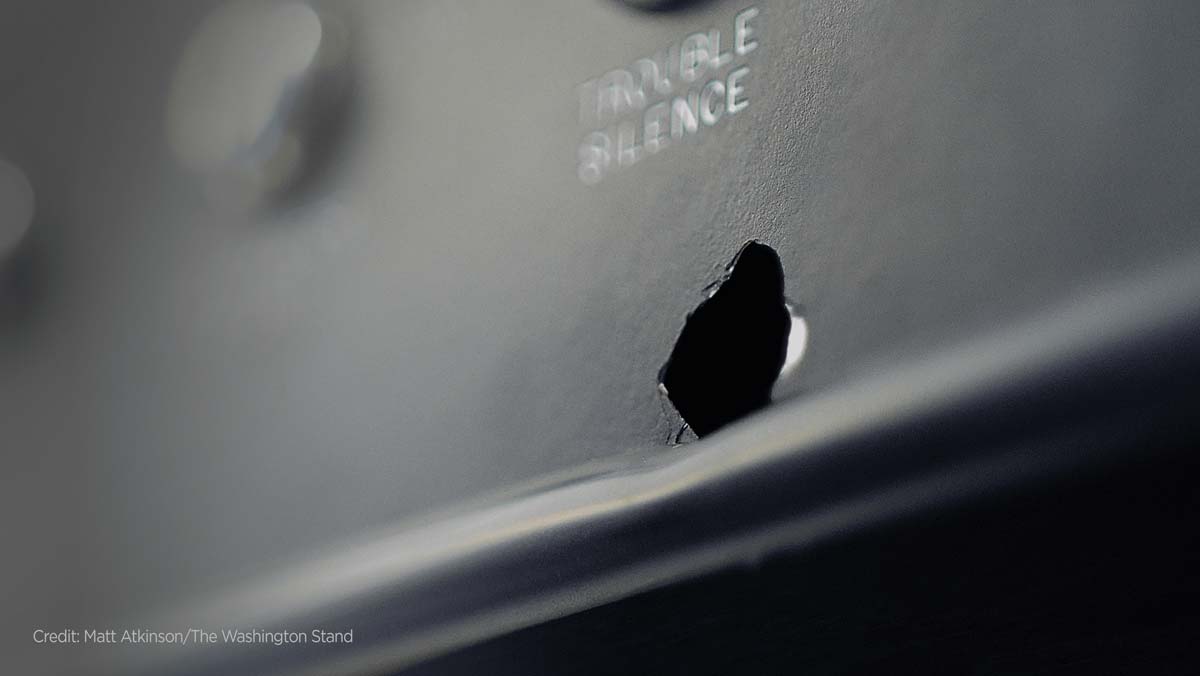 August Heat and August Hope: A Retrospective on the 2012 FRC Attack

When it happened, I had no idea. I heard nothing — no shots, no sounds of struggle.

My office at the time was located three floors directly above the spot where the attack took place. That day I had my door closed for a meeting with a colleague. We were on a conference call with someone in our Michigan office, discussing details of some website process that I can’t remember. What I do remember from that day a decade ago is hearing an urgent knock at the door and turning around to several people with faces nearly pressed against my full-length window looking very concerned. I quickly opened the door to someone asking me if I had the cell number of another team member. They were trying to get in touch with her because she had just gone across the street and didn’t know that there had been a shooting.

The shooting. That’s still how it’s referred to around here. Simply “the shooting.” That’s all you have to say, and everyone who works for Family Research Council — whether they were here that day or not — knows what you’re talking about. And they also know that thanks to one man, Leo Johnson, “the shooting” happened only to one person: Leo himself.

On August 15, 2012, when now-convicted domestic terrorist Floyd Corkins entered FRC headquarters armed and intent on killing as many people as possible, an unarmed Leo stopped him. After Corkins fired three shots, one of which shattered Leo’s forearm, Leo wrestled the gun from Corkins’s hand and kept him at bay until police arrived. By God’s grace, no one else in the six-story office building was hurt that day.

Corkins later admitted in court that he had chosen FRC as a target for mass murder after viewing Southern Poverty Law Center’s “hate map,” which had listed FRC and other Christian organizations (the left-wing SPLC continues to list FRC as a “hate group” for our biblical view of sexuality). In addition to his weapon, Corkins brought along 100 rounds of ammunition and 15 Chick-fil-A sandwiches which he had hoped to stuff in the mouths of the victims he killed as a statement.

“A shooting?” I incredulously asked the group at my office door. “Yes,” one colleague said, “A guy came into the lobby and shot Leo.” At that moment, sirens sounded out front. I stepped over to the window and looked down upon our G Street entrance to see multiple D.C. Metro Police cars arriving, with an ambulance arriving soon after. We looked down in shock a few minutes later as we saw Leo being wheeled out into the ambulance. And that was only the beginning of a long day unfolding out my office window. We saw another man with bloodied clothing being escorted into a police car (it was not his blood — it was Leo’s).

Staff were ordered by the police to remain locked down in the building until a preliminary investigation could be made. We saw all the police vehicles withdraw away from the building and an officer in a bomb suit approach from G Street (they apparently had to clear the terrorist’s backpack to make sure it didn’t contain explosives). Most routine work in the building ceased, of course. I called my wife and told her I was okay, hoping to beat any potential news coverage she might see.

There was much prayer. At some point, all the staff gathered on one floor and prayed for Leo. Someone also suggested that we pray for the shooter, and we did that as well. I remember several friends who had heard reports texting to see if I was alright. Someone at the office arranged for pizza to be delivered, so we who were still on lockdown could eat. There was much waiting. Finally, at some point in the day, we were allowed to go home. Even after all that, the full magnitude of what happened that day hadn’t sunk in.

Early the next morning as I walked down G Street on my way to the office, I passed several satellite trucks, all seemingly poised for mass media coverage that never quite came. The media didn’t quite seem to know how to cover a mass shooting that was stopped as soon as it began. Even Christian media didn’t quite get it. Just a month after the attack, Christianity Today published an editorial that hasn’t aged well, calling our response to the assault “caustic,” and essentially saying we should be quiet about SPLC’s dangerous “hate” labels — all while Leo remained in the hospital recovering.

I even contacted a representative of Facebook when we found there had been a Facebook Group created called “Floyd Corkins Fan Club,” celebrating his act of terror. I requested that Facebook take down the group, which had unsettled some of our staff. The rep checked with the proper folks and got back to me saying (regretfully) that they couldn’t take it down because it didn’t violate Facebook’s community guidelines. Can anyone imagine that in today’s social media environment?

Making Sense of the Senseless

As is very evident by this point, my own role in the entire attack was minor. I was there in the building, and nothing physically — save for some significant inconveniences — happened to me. And that’s the point. Had it not been for Leo’s quick thinking and selfless courage, I and my colleagues certainly would have been physically harmed.

Others have told the story more fully — especially Leo’s role, but what are we to do when evil culminates in violent acts that affect so many? One thing that day did for me was drive me to thanksgiving. In Psalm 142:6–7, David sang, “Attend to my cry, for I am brought very low! Deliver me from my persecutors, for they are too strong for me! Bring me out of prison, that I may give thanks to your name!” (ESV). David saw deliverance from evil as an opportunity to give thanks to God. When we neglect that, we stumble into forgetfulness about what God has done in our lives.

Another way August 15, 2012 changed me was that it made me acutely aware of where sin leads. Proverbs 24:1–2 says, “Be not envious of evil men, nor desire to be with them, for their hearts devise violence, and their lips talk of trouble” (ESV). Evil talk is never as far removed from violent acts as we might think. To be clear, the overwhelming majority of those who share Floyd Corkins’s worldview do not engage in violent acts like he did, and I’m thankful for that. But sin isn’t something in which a person can merely dip his or her toe. Sin is a quagmire, and once God’s limits are cast off, the only boundaries that remain are lesser. All bets are off.

The 2012 FRC attack made abundantly clear what is at stake for those who hold — and work to promote — a biblical worldview. This kind of clarity can be suffocating if not balanced with the hope that there is indeed a deliverer. Salvation from a terrorist is welcome and needed — it helps us live to fight for others. My friend Leo Johnson took the pent-up wrath and rage of Floyd Corkins and, by God’s grace, overcame him. But we all need a greater salvation from the terror of sin that haunts our own hearts, and only a Christ risen from the dead can overcome that kind of terror. May we overcome evil by his strength.