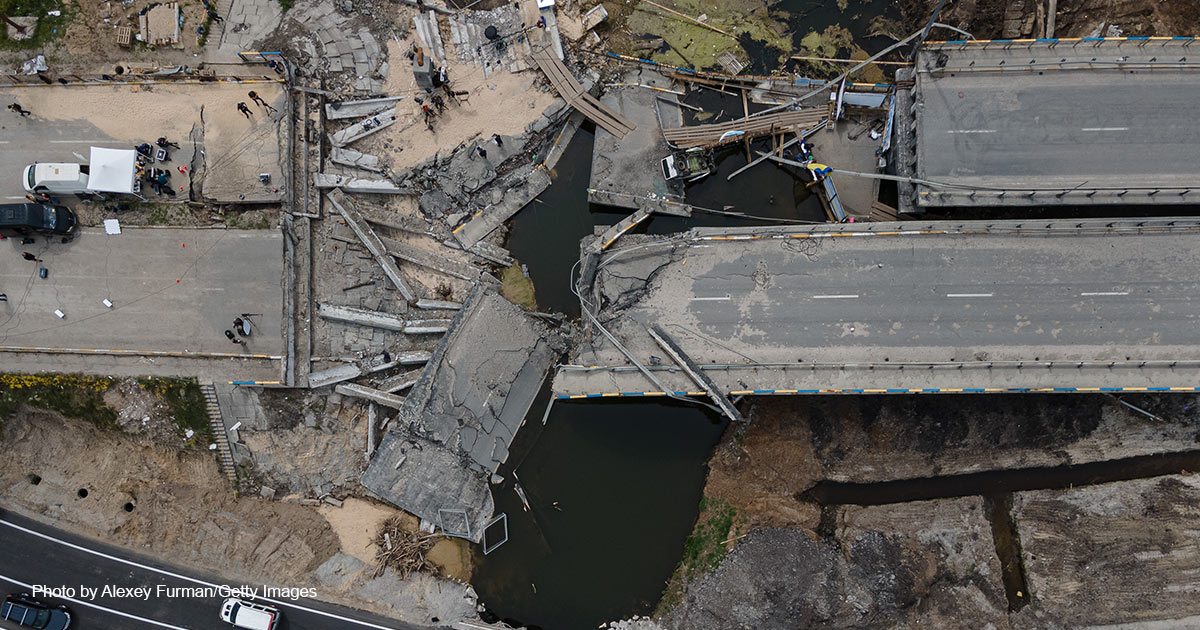 Early Monday morning, Russian President Vladimir Putin launched a destructive missile barrage into Ukraine, firing 83 missiles into every major city. The strikes targeted critical infrastructure like power plants, knocking out electricity in western cities like Kyiv and Lviv. As a result, Ukrainian internet traffic decreased by 75%. “They are trying to wipe us off the face of the earth,” responded President Vladimir Zelenskyy.

The attack was a disproportionate response to a Saturday explosion that damaged the Kerch Bridge, the only rail and truck link between the Crimean Peninsula and mainland Russia. “Russia can only respond to this crime by directly killing terrorists,” said Dimitry Medvedev, a former Russian president and high-ranking security official. Ukrainian advisor Mykhailo Podolyak responded via Twitter, “There is only one terrorist state here, and the whole world knows who it is.”

Although Ukraine has not officially taken credit for the attack, it is believed that the bombing was orchestrated by Ukrainian intelligence services. The Russians certainly believe so, and Putin has vowed “harsh” retaliation. Ukrainian Secretary of the National Security and Defense Council Oleksy Danilov tweeted a “happy birthday” at Putin on Saturday, in connection with the bombing (Friday was Putin’s 70th birthday).

The Kerch Bridge holds symbolic and strategic significance in the Russo-Ukrainian conflict. When Russian forces first invaded and illegally annexed Crimea in 2014, there was no bridge connecting it with mainland Russia. To travel to Crimea, any vehicle would have to travel through Ukraine. This represented a strategic vulnerability; Russian forces in the region could only be resupplied from the sea and air. It also damaged the credibility of Russia’s annexation; how could they lay claim to a territory that was only connected to Ukraine? In 2018, Putin sought to remedy both problems by opening the Kerch Bridge, a 12-mile-long passage featuring a four-lane, divided highway and a railway. The additional territory Russia recently claimed to annex would establish an over-land connection between Russia and Crimea.

But as Ukrainian forces are pressing Russian invaders back on two fronts, the bombing of the Kerch Bridge signals they now aim to recapture all their territory from Russia. Podolyak reacted to the attack, “Crimea, the bridge, the beginning. Everything illegal must be destroyed, everything stolen must be returned to Ukraine, everything belonging to the Russian occupation must be expelled.”

Such a policy would turn the entire debacle into an absolute loss for Putin. The Russian strongman has already demonstrated a callous disregard for the loss of life, the rules of war, or civilian casualties. As he grows increasingly desperate, he continues to intensify his disproportionate attacks on civilians. There could come a point when he decides to use nuclear weapons on a civilian population, as President Joe Biden mused on Thursday.

The international order is more fragile now than it has been in decades. While the United Nations has not been able to stop wars altogether, it has provided a deterrent to restrain combatants from employing total warfare measures. But with leaders like Putin increasingly deciding that victory at any cost is preferable to the goodwill of the international order, its restraining power may be nearing its end. To preserve it requires American leadership that is both principled and strong — leadership that is sorely lacking.