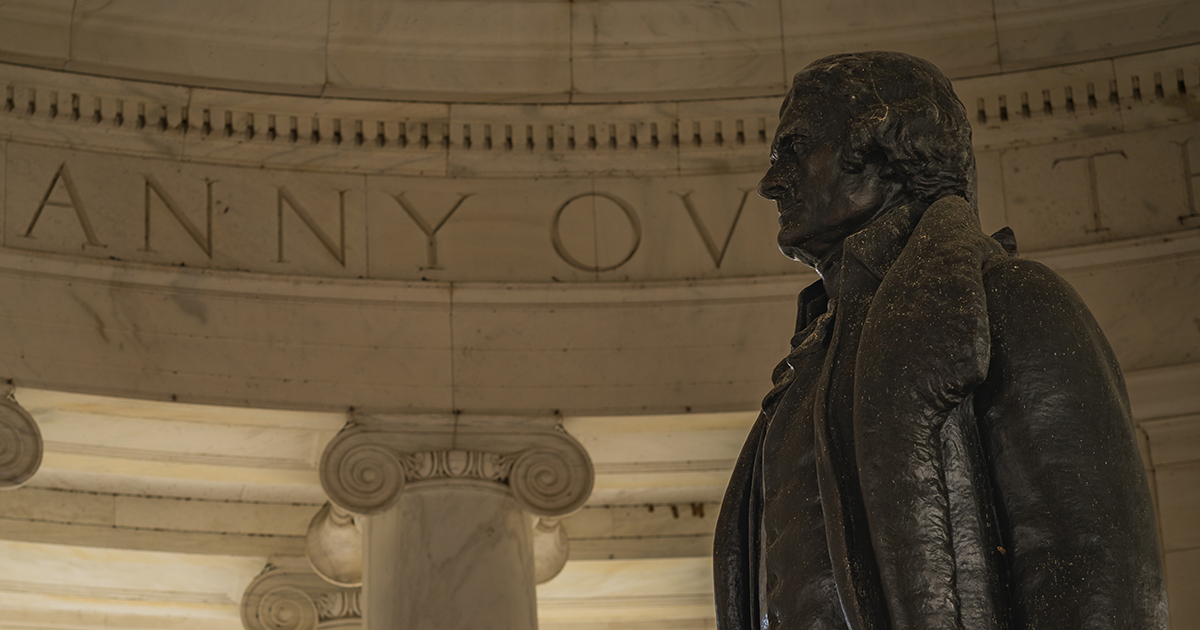 CARSON: America’s First Freedom Must Remain a Cornerstone of Our Nation

For centuries, religious freedom has been at the heart of the American identity and is commonly known as America’s first freedom.

From the image of George Washington kneeling in prayer at Valley Forge, to Abraham Lincoln’s invocation of God at the end of the Emancipation Proclamation, to Franklin Delano Roosevelt’s D-Day Prayer, Americans throughout history have called on God in times of crisis, thanksgiving, and uncertainty.

Faith has been an important part of America, dating back to the earliest settlers, many of whom arrived on the shores of the New World in search of religious freedom.

In 1620, the Pilgrims, who wanted to break away from the Church of England, boarded the Mayflower to escape persecution in England. The Pilgrims were closely followed by as many as 20,000 Puritans, who, beginning in 1630, began settling predominantly in New England.

Although many came to America to flee persecution, interfaith tolerance throughout the “Bible Commonwealths” was not, at the time, guaranteed for all people of faith.

Unlike the Pilgrims, the Puritans sought to majorly reform the Church of England, rather than split. The Puritans attempted to impose a uniformity of religion in New England that would serve as a model for reform and break “the very neck of Schism and vile opinions.”

Those who dissented were exiled or even executed. A Puritan dissident, Roger Williams, was banished from Massachusetts in 1635. Williams went on to found Rhode Island, which was the first colony in America without an established church and with religious freedom for all.

Similarly, in Virginia, the Church of England (which later became the independent Episcopal Church) had been the established religion since the early 1600s. Taxes were paid to the church, religious freedom was limited, and a series of anti-Quaker laws passed in 1659, 1662, and 1693 were particularly prohibitive.

Such widespread religious intolerance throughout 17th century America influenced the ideas of one of our nation’s most consequential Founding Fathers, Thomas Jefferson.

As a student of the Enlightenment, Jefferson opposed established churches and believed that religious liberty was a natural right. In Jefferson’s Notes on the State of Virginia, he argued that the government has no right to coerce citizens into adhering to a certain faith because “our rulers can have no authority over such natural rights … The rights of conscience we never submitted, we could not submit. We are answerable for them to our God.”

After the start of the American Revolution, Jefferson, as part of a committee tasked with updating Virginia’s laws in anticipation of winning independence from England, drafted Bill No. 82, also known as the Virginia Statute for Religious Freedom. The legislation separated the church from the state and, according to Jefferson, aimed to ensure religious freedom for “the Jew, the Gentile, the Christian, the Mahometan, the Hindoo, and [the] infidel of every denomination.”

By the time the bill was debated in the Virginia General Assembly, Jefferson was overseas serving as Commissioner and U.S. Minister in France. For the legislation to succeed, the task fell to James Madison, who authored the brilliant 1785 document, “Memorial and Remonstrance Against Religious Assessments” that generated widespread support among thousands of Virginians for religious freedom.

In 1786, the Virginia Statute for Religious Freedom was adopted and enacted what Madison termed, the “true standard of Religious liberty.” The law formed the foundation of religious liberty in America and heavily influenced the development of the First Amendment to the U.S. Constitution. It has withstood the test of time, as in the first Supreme Court case challenging the First Amendment’s religion clauses (1879), the justices unanimously found that the Statute “defined” religious freedom.

Today, the freedom to worship remains just as important as it was during America’s founding. Tragically, however, the importance of religion in our country is in decline. And as the importance of religion drops, we are simultaneously seeing unjustifiable attacks against religious institutions and people of faith. Since May 2020, there have been at least 139 incidents, such as vandalism or destruction, against Catholic Churches in the United States. And in 2021, the Anti-Defamation League reported that incidents of antisemitism in the U.S. rose by 34 percent.

For the United States to ensure that our nation’s first freedom endures, we must look to the earliest Americans who recognized the importance of religious freedom and fought to protect this right for future generations.

Ben Carson is the founder and chairman of the American Cornerstone Institute and was the 17th secretary of the Department of Housing and Urban Development.