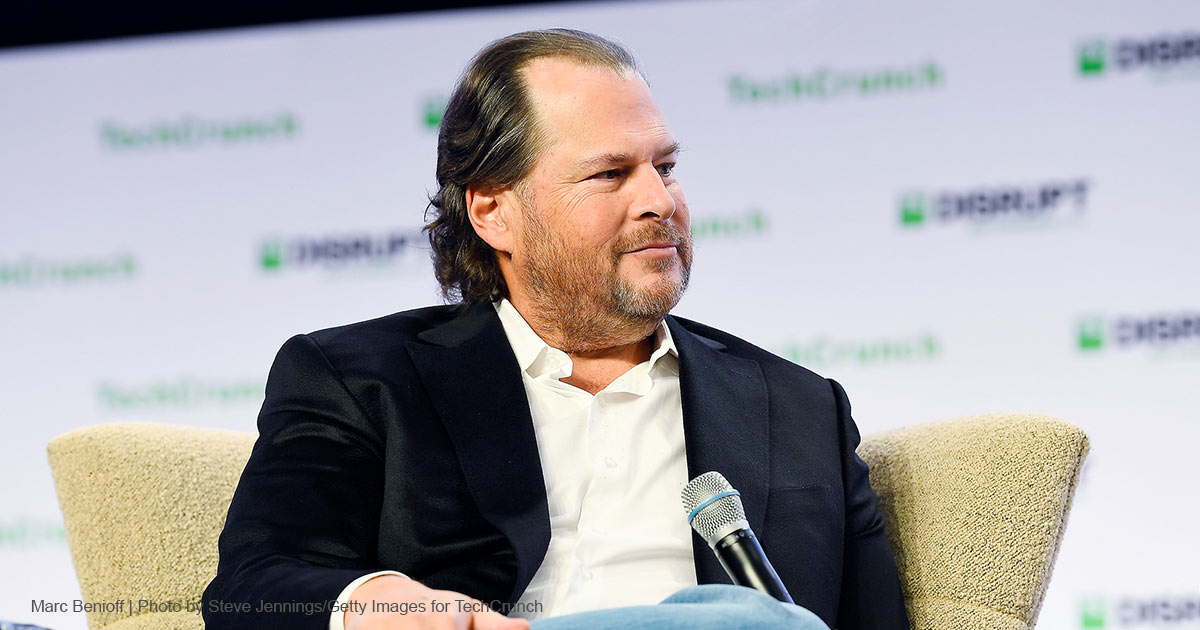 CEO to Red States: The Salesforce May Not Be with You

The whole concept behind Salesforce is to help companies connect with customers. So it’s more than a little ironic that the CEO behind the effort is intent on driving a political wedge between his own business and half of America. For Marc Benioff, who’s spent years turning Salesforce into a woke social force, it’s no surprise that he’d threaten to yank his company from pro-life states. The real surprise — at least for Benioff — may be how little those conservative states care.

On Friday, Benioff thrilled his extremist allies when he told CNN’s Poppy Harlow that he’d be willing to walk away from any part of the country that didn’t share his radical abortion views. Salesforce, which piloted the idea of funding employees’ abortion travel back in 2021, has also taken the incredible step of relocating workers who don’t want to live in Republican-led states. When Harlow asked if the company might do more — like “pull Salesforce, pull resources” — Benioff didn’t hesitate.

How quaint. Benioff, who led the charge against Indiana’s religious freedom law, is still running his 2015 playbook. Back then, it was easy to bully Republican leaders like Mike Pence, who quaked at the thought of companies fleeing their states. Seven years and a few corporate object lessons later, the strategy of terrorizing conservative lawmakers isn’t just futile, it’s counterproductive. The more companies like Salesforce try to punish their political opposition, the bolder that opposition becomes. If Benioff wants to walk away from half of his American client pool, today’s Republicans will shrug and say, let him. Thanks to Disney, they know who will pay the public price.

And in this instance, Salesforce finds itself — not just on the wrong side of the debate — but on the wrong side of popular opinion. While abortion might be a 50/50 issue in this country, corporate neutrality is not. The American people have zero appetite for political engagement from these CEOs. Even in a nation as divided as ours, there is true consensus in both camps that businesses should stay neutral in the culture wars. That might not have been the case back when Benioff was banning travel to Indiana and browbeating Texas over its privacy law. But it’s the reality now.

So why would Benioff, who boasts of “$31 billion in revenue,” “$6 billion in profit,” and “margins over 20%” risk it?  At least the CEOs stepping out on a cultural limb for LGBT issues “can claim that everybody is opposed to hate and everybody is opposed to discrimination as general concepts,” Stephen Soukup argued. “But their beliefs on abortion are not only minority beliefs, [they’re] growing more and more distasteful even among Gen Z and millennials — to a more significant percentage of the population.” Before Roe v. Wade was overturned this summer, the author of “The Dictatorship of Woke Capital” had warned against CEOs taking a position on the issue. “I don’t think they want to advertise [their radical views on abortion], because that seems like a much bigger stretch than anything else that corporate activists have been pursuing.”

In the lead-up to that June 24 ruling, even major PR firms were echoing that advice, telling multi-billion dollar clients, “Do not take a stance you cannot reverse, especially when the decision is not final. … Subjects that divide the country can sometimes be no-win situations for companies because regardless of what they do they will alienate at least 15 to 30% of their stakeholders… Do not assume that all of your employees, customers or investors share your view.”

Several brands heeded the warning — catching the attention of major media outlets like The New York Times, who noticed, “Companies are more vocal than ever on social issues. Not abortion.” When more than 60 companies announced abortion travel funds for employees, even that fell well short of what most people expected out of the Fortune 500.

But in this war against woke corporations, Soukup explains, CEOs generally fall into two categories: the true believer (the honest woke) and a much larger group of executives who don’t buy the radicalism they’re embracing — they’re just terrified. “They’re scared of their employees. They’re scared of outside activists, and they’re scared of some of their more prominent and larger activist shareholders. And that’s primarily what motivates them — their fear that if they don’t do something, that they’re going to suffer the consequences.”

Benioff is the true believer. He says openly, as he did Friday, “Our businesses are platforms for change. … We all can do something. I think we also need to do more.” In an era when the founder of Patagonia just gave away his entire company to fight climate change, the head of Salesforce is ready to hand over his business to the only stakeholders he cares about: the abortion activists, LGBT radicals, and environmentalists. In his company, there’s no room for anyone else.

“… [W]e are dealing with a whole series of crazy presidents, crazy governors, crazy mayors all over the world — in every country and every city and every state.”

Who’s crazy, Harlow pressed? Benioff didn’t really answer, but the average viewer doesn’t need him to. They know who he means. We are the crazy ones — the everyday Americans who want, as Vivek Ramaswamy explained, “American brands … and U.S. tech giants … to deliver high-quality products that improve our lives, not controversial political ideologies.” People who want “a separate space for where they shop, where they work, and where they invest from the places where they cast their ballots …”

Woe to the CEOs who won’t give it to them.