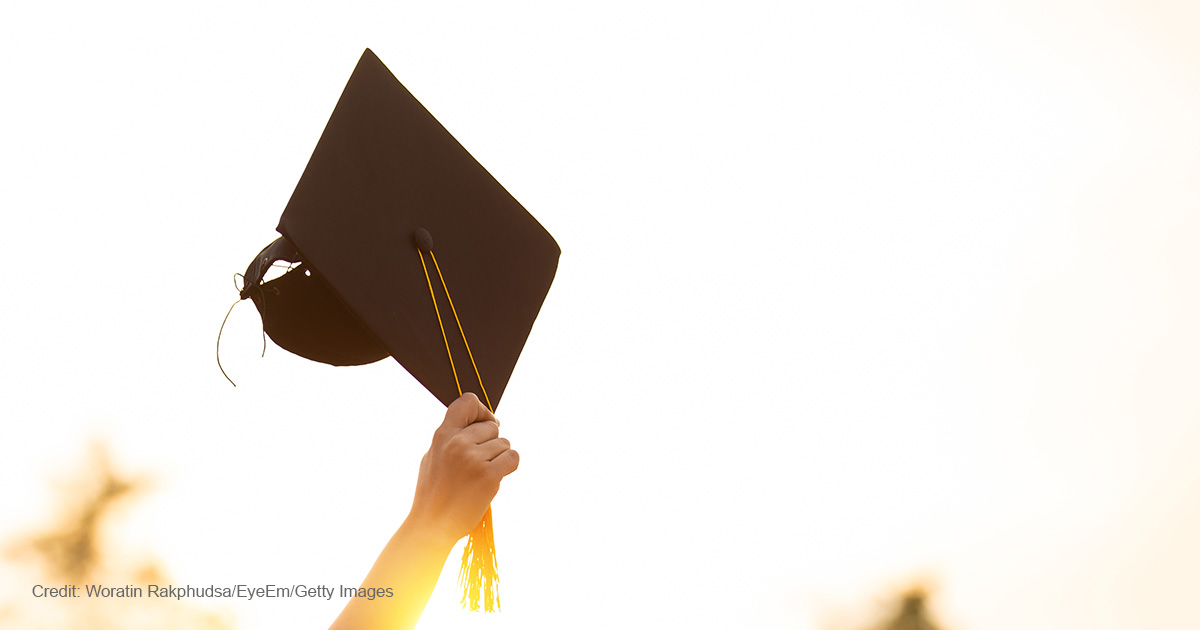 Despite Biden’s ‘Free’ Student Loans, It’s Still Possible to Graduate Without Them

I had two goals for college: to survive and to graduate debt-free. Which objective has been harder? I’ll leave that up to the reader to decide.

According to a 2019 College Board report, a whopping 66% of graduates from U.S. public colleges have an average of $25,000 in student loan debt. Students graduating from private schools had even larger loans. Due to this loan pandemic, the Biden administration has offered to bail out individuals carrying student loan debt. Conservatives and liberals alike have mixed opinions on the president’s decision. If we look beyond the out-of-touch politicians and outraged taxpaying Boomers, what does this new policy say to students across the nation?

I am a senior at a private Christian university, and most of my peers are dishing out tens of thousands of dollars to pay for loans every semester. On many occasions, I find my friends making (not so ironic) jokes about how Uncle Sam owns their college degree. When I tell my friends I am graduating debt-free, they look back at me with astonishment. Most of my friends attribute my lack of financial bondage to being “smart” or just pure “lucky.” However, there is a lot more to my story than a few fortunate college scholarships.

Despite what many Christians might say, God hates debt. The Lord does not want His followers to be a slave to any other master other than Him. One example is Ecclesiastes 5:5: “It is better that you should not vow than that you should vow and not pay.” A lot of ink has been spilled on the subject of debt in Christian circles, so I will spare you a theology lesson. I stand before you today as a testimony of God’s faithfulness. Due to both my conviction that Christians should avoid debt and God’s faithfulness to my pursuits, I have made it thus far in college without any loans.

Your initial assumption might be I was very strategic or saved money since elementary school. These guesses could not be further from the truth. Honestly, I never thought much about going to college. Outside of collegiate sports, university never weighed heavy on my mind. I was a competitive swimmer, so going to college for academics was a low priority for me. That is, until just before my senior year when a shoulder surgery ended my swimming career. It was time to start thinking more about college.

While looking at schools, God convicted me to pursue a Christian university. There was only one problem — private schools were expensive, and I did not believe in debt. Nevertheless, I began praying: “Lord, I know you want me to go to a Christian school. I know your word warns against debt, so, if this is your will, let me go debt-free.”

I quickly learned the key to a loan-free college experience: scoring high on the ACT. This was when I hit a wall — I had already taken the test six times and had gotten the same score on every one! I had one more chance to take the ACT before scholarship deadlines, and I needed to raise my score by five points. People told me it was impossible, but I knew God could prevail. I studied really hard and prayed more than ever before. When I got my test scores back, I told God I would praise him regardless of how I did. He raised my score exactly five points.

Although there were many other small miracles that allowed me to go to school without Big Brother’s assistance, God remained faithful to me. What happened to me wasn’t because I was unique or because the Lord loved me more than other believers. God merely rewards faithfulness and obedience to His principles.

In contrast, Biden’s student loan “forgiveness” policy conveys to students that there are no consequences for taking on debt, and it encourages them to take out even more debt because the government will provide. This financial plan is a slap in the face to anyone who has worked hard to stop borrowing. Former Trump adviser Sebastian Gorka accurately posted, “Congratulations to everyone who didn’t have student debt. Now you do.” Individuals who worked their way through college to avoid financial burdens must now pay taxes for a debt not of their own making. Biden’s policy discourages hard-working students like myself from avoiding debt because the government will bail out our choices. The irony is, this charade is deceptive. I grew up learning the proverb: “There ain’t no such thing as a free lunch.” While my generation might not pay now, debt always comes to collect his money.

Our government is provoking apathy and urging bad stewardship. Students will attend universities well beyond their means knowing they will not be able to pay back their loans. The whole plan inadvertently adjusts the university market by using government subsidies to inflate tuition costs. Universities will continue raising costs to match these government handouts. Students will continue to take out debt to pay this increase in tuition. It appears the Biden administration is driving America from financial freedom to a more socialist society. This loan plan is not a “get out of jail free card.” It is just a preview of the government yelling “monopoly” after gaining control of a student’s future.

I would encourage followers of Christ to avoid taking out student loans to the best of their ability. Obviously, this is not easy. Taking a physical handout seems simpler than taking a step of faith. The truth is that God always provides. His Word tells us to trust in Him alone and not to rely on the things of this world. This does not mean we should expect God to be our personal genie who will make money appear. While we rely on Christ to fulfill our needs, we must also work hard to honor the principles we know to be true. For example, I worked full-time summers and part-time semesters to fulfill my tuition payments. Because God provided for me financially, I was an active participant in the Lord’s plan for me to go to college debt-free.

My original goals for college were to survive and to graduate without debt. Yet, I think there was a greater underlying truth that God confirmed for me: “Commit your way to the LORD; trust in him, and he will act” (Psalm 37:5 ESV).