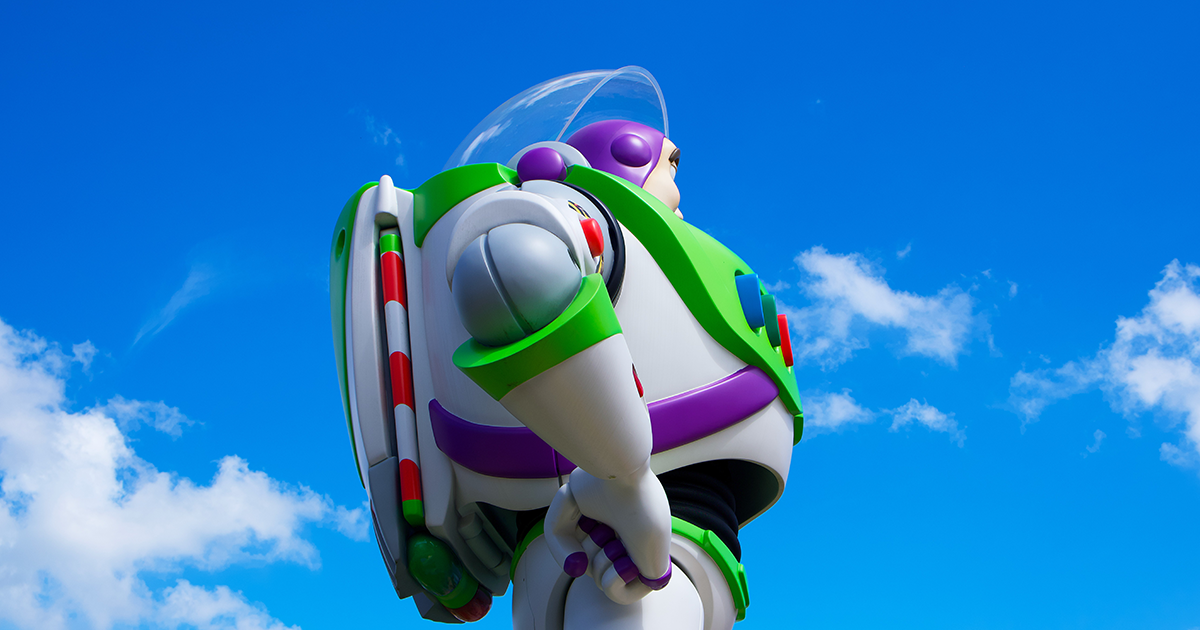 For Disney CEO Bob Chapek, who’s somehow managed not to get axed, the release of a big-time franchise spin-off, “Lightyear,” was probably his best crack at professional redemption. After a humiliating smackdown in Florida, the plan was probably to deploy Buzz, a beloved “Toy Story” character, into thousands of theaters, charm parents, and make everyone fall back in love with the company openly grooming America’s children. There’s just one problem: nobody’s buying tickets — and the media is still pretending not to know why.

Three months removed from the drama in Tallahassee, the country’s outrage is still real. Now, with a stock portfolio that looks more like an Olympic alpine course, shareholders are panicking — and so should management. The film that was supposed to be Disney’s great white hope is a disaster in the making. Words like “flop” and “disappointment” filled headlines as experts tried to explain the lower-than-average interest. Why the lackluster “buzz,” CNN’s clever reporters asked?

In its first weekend, ticket sales did not reach infinity and beyond, falling a whopping $20 million dollars short of projections. The box office numbers were nothing like the franchise’s fourth installment, “Toy Story 4,” which raked in $121 million the first weekend. Reporters jumped in with every explanation except the obvious one — blaming inflation, a crowded marketplace, the popularity of streaming, fewer stars, lack of “little girl appeal,” even COVID. No one bothered to mention the company’s woke war against parents, its betrayal of family values, or the first same-sex Pixar kiss, an outrageous moment in the film that got the movie banned in 14 countries.

“We have a bunch of left-wing hacks writing around the truth,” John Nolte argues, because the media doesn't want to acknowledge the grassroots pushback. “Listen, I’m sorry, I know we are not supposed to say this out loud,” he went on, “but I’m going to say it anyway … [N]o one wants to watch any kind of sexual intimacy between same-sex couples. We just don’t … It’s how we’re wired. No one goes to the movies to be made uncomfortable, and parents don’t take their kids to the movies — most especially a Disney movie — to expose them to human sexuality before they are ready. … My attitude towards how other people live their lives is utter indifference. Live and let live. Consenting adults and all that. What we’ll never do is ‘accept’ or ‘celebrate’ this stuff. And you can’t make us watch it.”

If Bob Chapek wants to turn a 99-year-old children’s entertainment company into a reviled agent of social change, that’s his business. But don’t expect consumers, who are already fighting enough battles for their children’s innocence, to follow. When 68% of Americans said they were less likely to do business with Disney over its “not-so-secret gay agenda,” they meant it. Most parents are sick of being elbowed out of the way by the cultural forces who want to “queer” their kids, and they’ll be darned if they’re going to fork over millions more to let Hollywood finish the job.

Many also didn't take too kindly to the film’s outspoken leading man, Chris Evans, who called parents “idiots” for opposing the lesbian storyline. During an interview with Reuters Television, the Captain America star was asked about the controversial kiss (which was originally cut from the movie, only to be worked in later as a loyalty check for LGBT employees). “The real truth is, those people are idiots … There’s always going to be people who are afraid and unaware and trying to hold on to what was before. But those people die off like dinosaurs,” he insisted. “I think the goal is to pay them no mind, march forward, and embrace the growth that makes us human.”

But “marching forward” will be difficult in the hostile climate Disney’s created. After its fatal miscalculation in Florida, Walt’s empire is taking it on the chin in theaters, the stock market, and popular opinion. In the most recent Axios-Harris ranking of 100 major brands, Disney’s public image is in a freefall, dropping from 28th place last year to 65th now. It’s hardly the time, any student of PR 101 would agree, to call your prospective audiences morons — especially for a scene that anyone serious about rebuilding trust would have already eliminated.

Evans says mainstream values are going the way of the dinosaurs, but he’s wrong. It’s Disney that’s headed for extinction. And until Chapek acknowledges his market and changes course, they’ll be light years away from success.