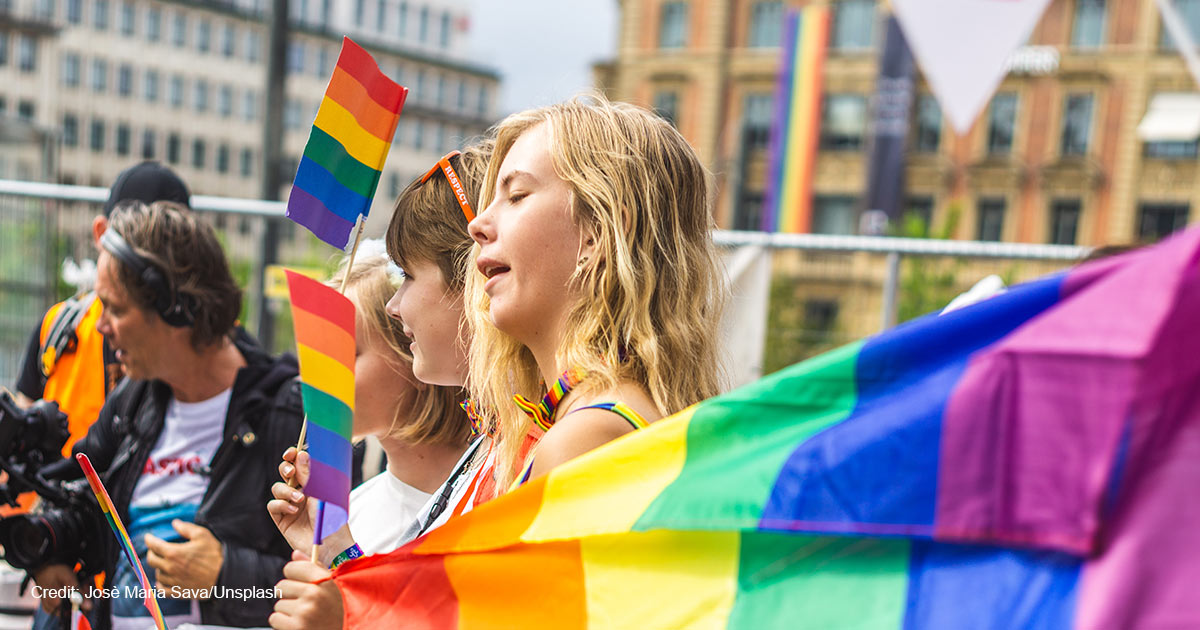 As the Senate voted 61-36 to pass the “(Dis)Respect for Marriage” Act last Tuesday, an editor for The Washington Post, Jonathan Capehart, wrote in its pages under the headline, “Gee, thanks for this tiny step to protect my same-sex marriage.” Despite his self-description “as an institutionalist who recognizes the power of incrementalism,” the act “offend[ed] my sense of fairness and justice” for including religious freedom protections. He urged the Senate to pass the misleadingly titled Equality Act “if the Senate really wanted to take a big step.”

Capehart criticized several aspects of the same-sex marriage bill. Because the act changes the federal definition of marriage and does not override state law (or so he claims), Capehart complained that “the more I focus on the [details] that make up this act, the more my joy diminishes.” He alleged that the legislation left same-sex couples in “second-class citizenship” because they would have to travel to jurisdictions where same-sex marriage was legal in order to marry. And he faulted it for “religious-freedom exemptions.” All these limitations, in his mind, made the legislation “half a safeguard” and “the legislative equivalent of insurance” in case Obergefell was ever overturned.

Other LGBT activists have criticized the bill for not going far enough, while also urging for its passage. “I hate the Senate bill[,] and we need it to pass it,” wrote LGBT activist Charlotte Clymer, former press secretary for the Human Rights Campaign. “It sucks,” she said, but “it’s our only real option.” The Reverend Tim Schaefer, the pastor of First Baptist Church in Madison, Wisconsin who openly identifies as gay, also criticized it. “In a way, it doesn’t go nearly far enough because it doesn’t require states to conduct marriages, it really only recognizes those that have already been done,” he said.

These criticisms reflect the extremism of LGBT advocates rather than the moderation of the ironically titled Respect for Marriage Act. The bill’s religious freedom protections are sorely inadequate to actually protect individuals with religious objections to same-sex marriage in the routine exercise of their religious beliefs. And, with technology now enabling wedding ceremonies over Zoom, costs of traveling to a certain jurisdiction are no longer a factor. Furthermore, the bill doesn’t rewrite state laws because the federal legislature has no power or authority to do so. The very fact that LGBT activists want to go further than the codification of same-sex marriage indicates how they will likely behave once it is signed into law.

Progressive activists fundamentally believe that a system of law recognizing and based upon natural marriage is inherently flawed and must be radically altered. They might be willing to dismantle marriage piecemeal, but they will persist in striking at the root until America’s laws reflect the libertinism of their own behavior. There are no limits to their legislative ambitions except for the bounds of a depraved imagination, so the process will only stop when the political momentum implodes upon its own absurdity.

Because LGBT activists believe laws regarding marriage are part of a benighted system of ignorance, they will respect them no more than they are forced to. They have made their demands clear: they want Congress to pass the Equality Act, an even more radical measure that would grant sexual orientation and gender identity minorities the privileges of special status at the expense of other rights, like religious freedom. (Yet if the Equality Act were signed into law, they would probably have a new list demanding new rights for new sexual minorities within a year.)

Absent the Equality Act, they will push and prod at every linguistic imprecision of whatever law they can get passed — which, in December 2022, is the Respect for Marriage Act — so that, whatever it says, current law arrives as close as they can steer it to the legal regime they envision. For proof, just look at how LGBT activists in the executive branch have redefined “discrimination on the basis of sex” in a 50-year-old law to include any restrictions on sexual orientation and gender identity in employment, education, and other fields, as well as abortion access. At times, they are inadvertently helped along by those who should know better, who are completely taken in by their kneaded language (such as the Supreme Court’s 2020 Bostock decision). But their untiring quest to radically rewrite America’s marital code does not vary according to what the law actually is.

This illustrates why the religious freedom fig leaf offered in the Respect for Marriage Act is worse than useless. Senators who installed it claimed they had found a compromise that guaranteed (woefully unsatisfactory) religious protections while also affirming same-sex marriage. It really just disarmed the sheep and told the wolves not to eat them. LGBT activists will respect the Respect for Marriage Act’s flimsy religious protections for just long enough to ensure its enactment — and then resume chomping at the bit for total cultural hegemony.

Paul exhorted the Romans (12:18), “If possible, so far as it depends on you, live peaceably with all.” There is a scenario, then, when peace is impossible, no matter what you do. When the adversary aims at total war, there is no compromise, peace, or coexistence except in total surrender. The Sexual Revolution cannot rest until there is no more sexual normalcy left to destroy.