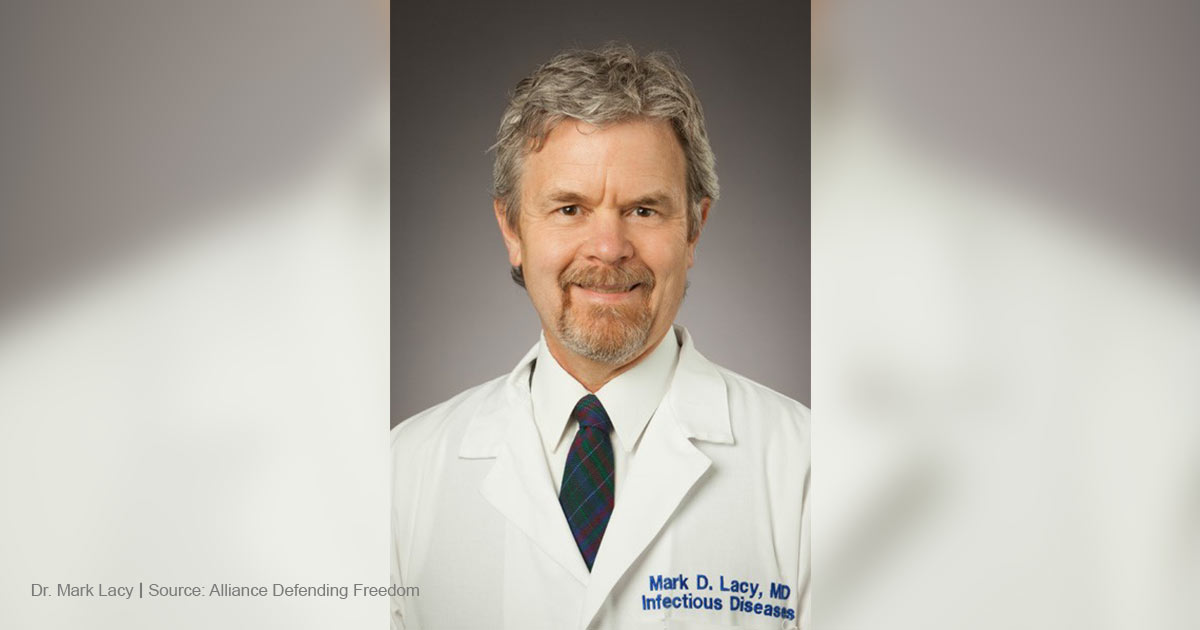 The issue of assisted suicide has gained extensive media attention in recent weeks as Americans learned with shock of Canada’s increasingly draconian Medical Aid in Dying (MAiD) policies. As those in the United States grapple with the dystopian reality of a nation seeking to kill its citizens who are homeless or have a disability, there is no better time to draw attention to the euthanasia crisis being perpetuated within our own borders. A new lawsuit in New Mexico highlights just how far the culture of death has spread within the health care system — and points the way to reversing course.

When it comes to defending life and human dignity, there is no better legal ally than Alliance Defending Freedom (ADF). Since 1993, the Christian legal advocacy organization has successfully championed causes ranging from parental rights to overturning Roe v. Wade. Now, the firm is representing Christian physician Dr. Mark Lacy and the Christian Medical & Dental Associations in Lacy v. Balderas — a case protesting a New Mexico law that forces doctors to participate in physician-assisted suicide procedures that violate their religious beliefs or personal consciences.

ADF legal counsel Christy Hirsch told The Washington Stand, “The government cannot force health care professionals to violate their ethics or religious convictions in order to practice medicine, which is exactly what New Mexico has done to facilitate their assisted suicide law. Our clients seek to live out their faith in the practice of medicine and have religious convictions that oppose participating in this process in any way.”

Physician-assisted suicide certainly poses grave risks to society — but thankfully, physicians are standing firm in their ethics and religious convictions to oppose the killing of their patients. In December, a Massachusetts Supreme Judicial Court sided with ADF in a ruling to uphold the commonwealth’s prohibition on physician-assisted suicide. When states reject the progressive push to legalize physician-assisted suicide, they ensure that individuals with terminal illnesses or severe disabilities are given the compassionate medical care that they deserve.

Victories for life such as the win in Massachusetts offers hope to physicians in states like New Mexico and California, where the law currently fails to reflect a culture of life. “The government is using this law to coerce participation in assisted suicide, to compel speech, and to promulgate a practice which departs from thousands of years of enduring medical ethics,” Dr. Lacy summarized. “Having observed firsthand that terminally ill patients often experience severe pain or distress, we see very dramatic changes in their disposition once their distress is remedied. Suffering patients need care and sound medical treatment, and they must trust their physicians to care and not kill.”

As pro-life physicians and attorneys battle against cruel physician-assisted suicide laws, Christians and the pro-life movement must continue advocating to build a culture in which life is valued at all stages — even in the midst of suffering or illness. “The common goal here is life with dignity until natural death occurs. We need to build a culture where life is respected from conception until natural death,” Christy Hirsch concluded. “In the meantime, doctors are not giving up their constitutional rights in order to practice medicine.”