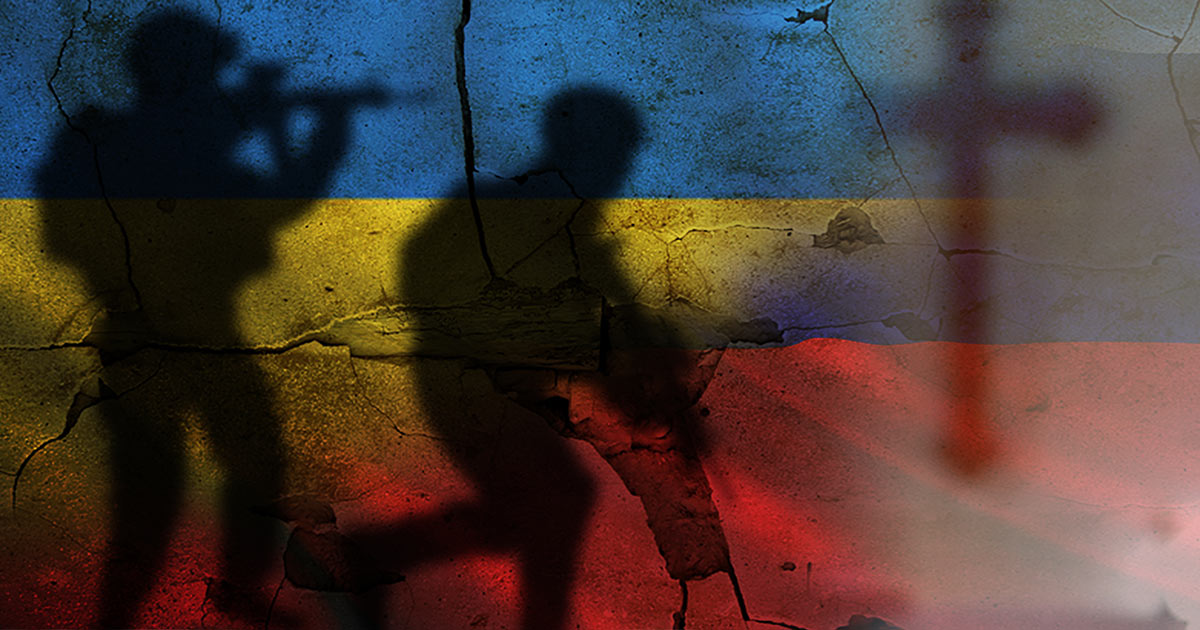 Don’t Forget About Christian Victims of the Russia-Ukraine War

The Western world has been admirably united in opposing Russia’s war in Ukraine. A new report, however, indicates that Christians may have more of a stake in the conflict than previously realized.

According to a study conducted by the Workshop for the Academic Study of Religion, at least 248 religious facilities have been destroyed and 20 religious leaders killed in the violence, with 15 more abducted. Notably, it is the Ukrainian Orthodox Church of the Moscow Patriarchate (UOC), a branch of the Russian Orthodox Church Moscow Patriarchate, that has been most heavily targeted.

Some reports say these numbers could be much higher. The study notes that certain religious facilities were “deliberately destroyed with machine guns or artillery,” and “we can reasonably claim that the religious buildings were special targets of some attacks.”

Given that a strong majority of Ukrainians say they trust church leadership, the Russian Army has a powerful incentive to destroy those in leadership who oppose the invasion — and to replace them with docile puppets. As noted by Maksym Vasin, executive director of the Institute for Religious Freedom: “The occupation authorities are trying to use religious leaders to legitimize their occupation administration and minimize the resistance of the local population.”

American Christian leaders have a duty to stand with our Ukrainian brethren facing threats, oppression, and discrimination. Just as we support Christians struggling in Muslim countries or in communist China, we must lend our voices and advocacy towards this group.

We can start by working towards peace, which the Biden administration helped begin to facilitate by supporting sanctions and urging Ukrainian President Volodymyr Zelenskyy to move forward with peace talks.

But we can and should also use our influence to force every Western government, NGO, and corporation to sacrifice for the larger mission of taking down a sinister, corrupt, and murderous Putin regime.

Unfortunately, not everyone is a team player. Airbus — a recipient of U.S, taxpayer dollars — continues to oppose titanium sanctions against Russia. Titanium is a key part of Airbus’s materials and they currently source about 50% of it from Russia, even as the country destroys innocent civilians in Ukraine. More than 1,000 companies have severed business with the oppressive government… but Airbus says its titanium needs today outweigh the harm of funding Russia’s aggression. “We think sanctioning titanium from Russia would be sanctioning ourselves,” Airbus Chief Executive Guillaume Faury has said.

What this means for U.S. Christians is that while we dump exorbitant amounts of aid into Ukraine, we are also funding Ukraine’s oppressors — oppressors who appear to be targeting Christians.

Unlike giants in other industries like Exxon and American Express, Airbus has been unwilling to sacrifice business for a higher cause. And their lack of sacrifice means that American and European Christians are having our money, hard work, and opposition to Russia undermined by a company we have long trusted with our national and multinational security.

In addition to driving millions of Ukrainians from their homes, Russia has caused an untold number of deaths and now they are targeting religious institutions for their role in providing leadership and stabilization for the country.

Western Christians have mobilized to save our brethren in China, Iran, and the Middle East. It’s time we did the same a little closer to home.

Ericka Andersen is author of Reason to Return: Why Women Need the Church & the Church Needs Women.