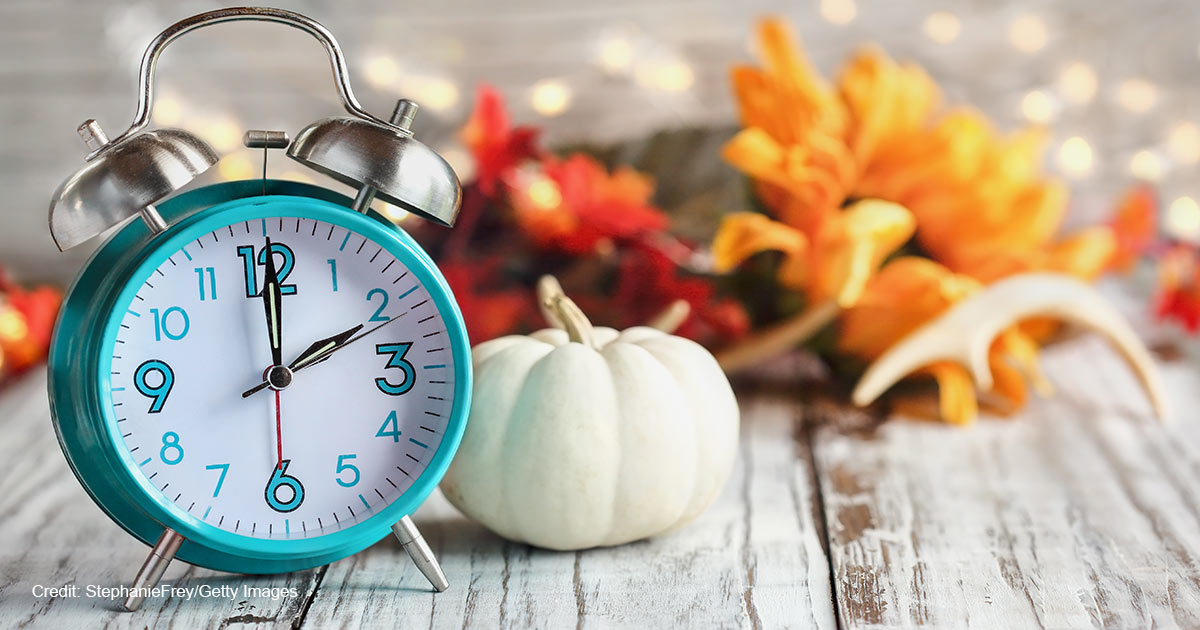 Falling Back to Pretending

It’s fall, and we’re once again falling back into the dark ages. Not really, of course. It’s simply the end of the charade we’ve all played for the past eight months called Daylight Saving Time (DST). Every first Sunday in November, we all pretend that we get an extra hour of sleep, move whichever ancient non-resetting clocks we still own back one hour, and begrudgingly welcome the dinnertime darkness. While our internal circadian rhythms won’t change immediately, we’ll instantly alter our external daily schedules to align with the new norm. And everybody does it because, well, because it’s the law.

There have been worthy movements to do away with the twice-yearly time change. Mexico’s Senate just voted to abolish Daylight Saving Time. In March, the U.S. Senate unanimously passed the Sunshine Protection Act, which would make Daylight Saving Time permanent year-round. That bill has had no movement in the House. Time seems to be moving on from this effort to stop the changing of time. Will Congress ever spring forward to stop this endless cycle?

Besides having a deleterious effect on our schedules, DST is indicative of just how practiced modern culture is at pretending. Shifting the clock time ahead or behind an hour saves absolutely no daylight whatsoever. The earth is angled at the same degree, and it spins at the same speed as it did the day before. The days get shorter in the winter and longer in the summer, regardless of DST. Yet we pretend it does otherwise, so much so that even the bill meant to rectify it is called the “Sunshine Protection Act” — which is, ironically, just as deceptive.

The book of Genesis tells us that part of the man’s initial task of subduing the earth was to name things (cf. Genesis 2:19ff.). Through the years, we’ve continued to name things, and now we’ve talked ourselves into believing that our clever names have creative powers of themselves. And our time calendars are the least of where this trait is evident. We’ve had courts, businesses, and activists, redefine terms in hopes of creating new realities. The Supreme Court’s redefinition of marriage with the Obergefell decision is a case in point, as well as the so-called transgender revolution that’s happening before our eyes. Institutions are called what they’re not, people are called what they’re not, and woe are you if you speak not the newspeak of the day.

Whether we’re talking about gender, sexuality, or what time of day it is, what’s needed more than ever is that simple thing called truth. Our words don’t create reality — that’s a job reserved for God: “In the beginning was the Word, and the Word was with God, and the Word was God. He was in the beginning with God. All things were made through him, and without him was not any thing made that was made” (John 1:1–3, ESV).

Interestingly enough, Daylight Saving Time does have biblical precedent. It’s recorded in the book of Joshua, when Israel fought the Amorites at Gibeon:

At that time Joshua spoke to the LORD in the day when the LORD gave the Amorites over to the sons of Israel, and he said in the sight of Israel,

and moon, in the Valley of Aijalon.”

And the sun stood still, and the moon stopped,

until the nation took vengeance on their enemies.

Is this not written in the Book of Jashar? The sun stopped in the midst of heaven and did not hurry to set for about a whole day. There has been no day like it before or since, when the LORD heeded the voice of a man, for the LORD fought for Israel. (Joshua 10:12-14, ESV)