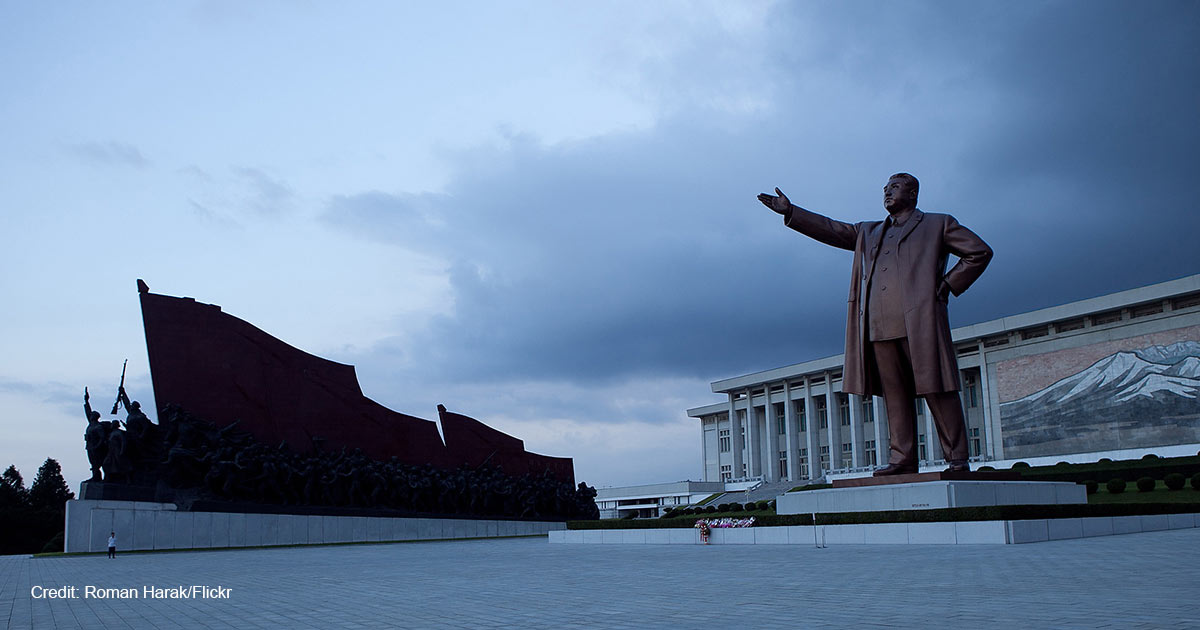 Fighting for Freedom for the World’s Most Repressed Country

“By land, by air, or by sea!” Suzanne Scholte, an American activist, proclaimed. These are the means through which she and others are working to get information to people in the world’s most closed country, North Korea.

It’s a daunting task — one that’s become increasingly difficult in recent years as South Korea has cracked down on efforts to send leaflets or other material over its border to North Korea. The COVID-19 pandemic made movement across the China-North Korea border nearly impossible, but for Scholte and the North Korean defectors who now fight for the rights of those they left behind, it’s a mission that cannot be abandoned.

This week, the North Korea Freedom Coalition, chaired by Scholte, is spearheading “North Korea Freedom Week” in Seoul with seven days of events and meetings. Family Research Council is joining North Korean defectors, leaders of human rights organizations, and influential activists to draw attention to issues in North Korea, which is widely recognized as the most dangerous place to be a Christian.

Scholte has been instrumental in bringing awareness to the plight of North Koreans. Years ago, she started to work with and meet the victims of communist regimes. Her life was forever changed when she met North Korean defectors. She said, “Once I began to understand what they have been through and got to know them, I really fell in love with the North Korean people. Their ability to triumph over this evil regime, to escape and get their freedom, is very inspiring to me.”

But working on human rights in the world’s most repressed regime isn’t glamorous. Upon beginning her work with North Korean defectors, she started to have nightmares about the stories she heard about life there and the harrowing journeys to escape. It was her deep conviction and faith that sustained her. She told the Korea Herald, “I would cry out to God, ‘Why did you put this on me?’ And a few times in my life, I really heard God’s voice. He answered me: 'I was just answering your prayer.' And then I remembered how I had prayed very specifically that God would break my heart for what was breaking His, and I realized what was happening in North Korea was breaking God’s heart.”

Indeed, the terror that North Korean dictator Kim Jong Un inflicts on his own people is difficult to comprehend. North Koreans have no rights and no rule of law to offer protection. Society is structured to reenforce Kim Jong Un’s god-like image and tight control. One defector I spoke to in Seoul this week described the situation by saying, “North Korea isn’t even a real county, everything just belongs to Kim Jong Un. He owns anything he wants, he can kill anyone he wants, and he does not want to let [his power] go.”

North Koreans are kept isolated from the outside world, and the regime’s education system and constant propaganda force North Koreas to live with a worldview shaped by lies. These falsehoods are geared toward teaching a fierce respect for Kim Jong Un that is akin to idolatry. And the threat of punishment for anyone who would dare criticize the regime is harsh.

Many of the defectors participating in North Korea Freedom Week believe information — the truth about the outside world, exposure to religion, and knowledge of what free societies look like — is the key to bringing about the end of the Kim regime.

One defector told me that the North Korean regime fears the possibility that people will learn the truth about living standards outside the country and information about religion more than anything else. “Kim Jong Un fears that his deeds will be exposed and that the people won’t treat him like a god anymore.” He described how the regime inculcates people in “Juche” ideology and a hyper-focus on the Kim family as trying to fill a “God-sized hole” in the hearts of North Koreans. When that hole can be filled by Christ, Kim Jong Un’s grip on his people will fade.

Through efforts like North Korea Freedom Week, defectors are hoping to build momentum for their human rights work and ultimately break through the isolated barrier around North Korea with the truth.