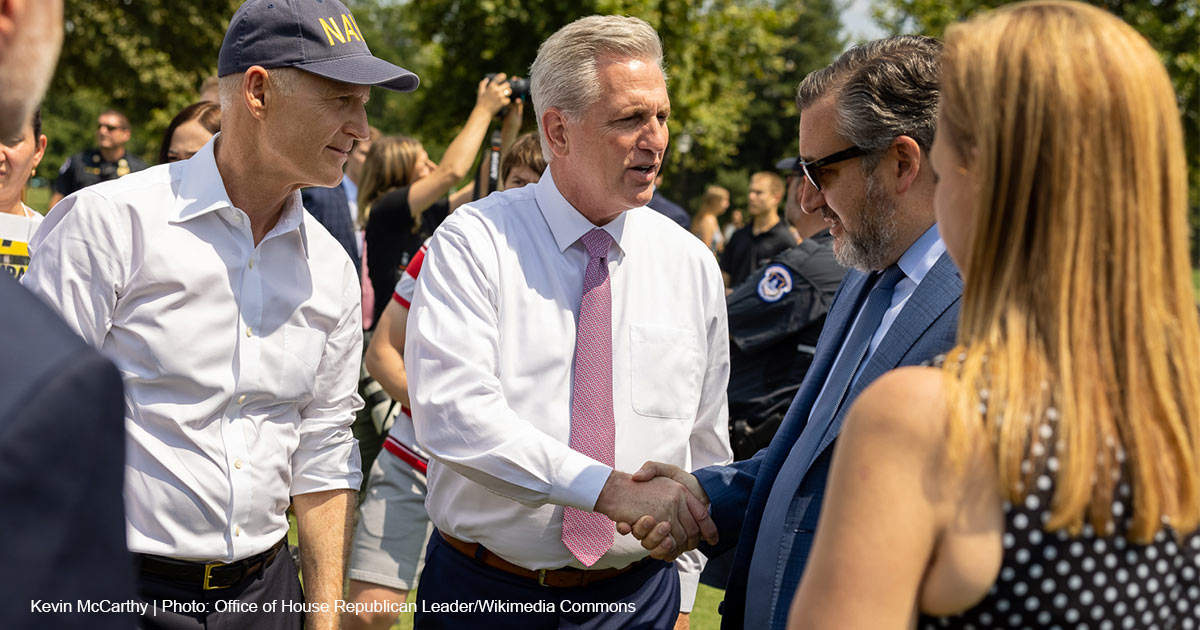 Republicans haven’t won the House yet, but the media is already salivating over the next election — for GOP leadership. While a handful of districts are still up for grabs, the headlines are full of juicy gossip that Minority Leader Kevin McCarthy (R-Calif.) is in for a rocky road to the speakership if his party wins back the gavel. Will there be a messy dogfight over key posts — or is the Left just trying to splinter a narrow majority into unworkable GOP pieces?

For McCarthy, who’s dreamed of being speaker since his thwarted bid in 2015, the Republicans’ modest showing didn’t do the Californian any favors. While the GOP had nothing to be ashamed of Tuesday night — Americans handed Republicans at least six million more House votes than Democrats, after all — it didn’t translate into the wave of seats the pundits predicted (thanks, in some part, to redistricting). “In any other world,” pollster Patrick Ruffini pointed out, “there’d be wild GOP celebration at a +4 national vote, 58-42% among Hispanics, 14% among African Americans. But these votes turn out to be inefficiently distributed.”

Still, a larger majority would have given the Californian a much more comfortable run at speaker. This time around, McCarthy will have to contend with the firebrands of the House Freedom Caucus and others who think Republicans need a bomb-thrower who will track to the Right of GOP establishment. “Look, we were told we were going to have an incredible, incredible wave,” Rep. Andy Biggs (R-Ariz.) said. “If that would have been the case [and we had a 20-, 30- or 40-seat margin], you would say, ‘Well, okay. Kevin is the presumptive Republican nominee for speaker.’ But I think we need to have a serious discussion.”

So far, that discussion hasn’t translated into any official challengers. While tried and true conservatives like Reps. Chip Roy (R-Texas) and Bob Good (R-Va.) have openly announced their opposition to McCarthy, no one has come forward to formally challenge him. And the members that many would perceive as McCarthy’s stiffest competition — current Minority Whip Steve Scalise (R-La.) and Rep. Jim Jordan (R-Ohio) — have already publicly backed him for the job.

Even so, Roy told reporters after leaving the House Freedom Caucus meeting on Tuesday that “no one currently has 218” votes necessary to win the job. The leadership elections, assuming the House is called for Republicans, are expected to be held next week, when McCarthy would need a secret-ballot majority to propel him to Congress’s most powerful post.

Former Trump Budget and Management boss Russ Vought has left no guesses as to where he stands on the choice, tweeting, “Conservatives will have a difficult (I would say impossible) time explaining a vote for McCarthy back home for many reasons, but mainly for being a peace-time leader when we are in a cold civil war who will manage the GOP away from conflict instead of seizing it by the throat.”

Asked why he was opposing McCarthy, Congressman Good replied, “He’s essentially had a two-year audition with the exclusive opportunity to earn the vote of the conference, to demonstrate that he’s willing to fight against the Biden-Pelosi-Schumer agenda, and he failed to do that.”

At least for now, McCarthy seems unrattled by his detractors. “I’m not concerned. And think about this: Since I’ve been leader for the last four years, we’ve only gained seats. It’s the goal of winning the majority. We won the majority. I think I accomplished the goal that we wanted to.”

Family Research Council President Tony Perkins, who hasn’t endorsed in the leadership race, told The Washington Stand, “Bold leadership matters. We live in a divided nation, and each election determines which worldview will shape our policies. We can no longer afford to tiptoe around. We must stand boldly for the principles and ideals that birthed this nation and have led to its successful undertakings over the last 246 years.”

Whether it’s the current minority leader or someone else, the job isn’t an enviable one. As anyone who’s tried to keep 218 people on the same page will tell you, it’s about as easy as juggling bone china. Current speaker Nancy Pelosi (D-Calif.) is a case study in the downsides of the job, having spent the last several years trying to gorilla-glue her competing factions together on important votes. The next speaker will face the same challenges — and the same white-knuckle margins.

Meanwhile, McCarthy’s bid isn’t the only one steeped in drama. Plenty of other party shake-ups could be on the horizon for Republicans, as more conservatives throw their hats into the ring for key posts. While Scalise is running unopposed for House majority leader, at least three people are vying for the job he leaves open as majority whip: current Republican Study Committee Chair Reps. Jim Banks (R-Ind.), Drew Ferguson (R-Ga.), and Tom Emmer (R-Minn.). The latter will have a tough time defending his conservative cred after voting to redefine marriage in the most shocking House vote of the summer. Putting him in a leadership role when he won’t defend the party platform would be seen as unacceptable betrayal by the base.

Ferguson and Banks, on the other hand, both have solid voting records, making it an extremely competitive race on the inside ticket. One anonymous House member told Politico, “I’m not sure if you’d call it a consensus, but there seems to be a lot of opinion that Emmer can’t win the race now. … Colleagues are very reluctant to talk about it, and everybody should be … The people that I’ve communicated with this morning want to line up behind Drew.”

In another interesting twist, rising star Byron Donalds (R-Fla.) has decided to take on Rep. Elise Stefanik (R-N.Y.) for GOP Conference Chair. His bid is a welcome one to grassroots conservatives, who’ve been outraged by Stefanik’s LGBT activism. Not only did she vote for the Democrats’ same-sex marriage bill this July (the highest-ranking Republican to have done so), but she also cast a vote for the most dangerous piece of anti-Christian, anti-freedom legislation ever to be considered by Congress, the Equality Act. The blowback to that decision in 2019 was so severe that Stefanik flipped her vote in 2021. Unfortunately, her contrition was short-lived, as she proved when she insulted the party’s position on marriage — a decision that many believe should disqualify her from leadership outright.

In Donalds’s letter to Republicans, detailing why he should be the next chair, he argues that the GOP needs to “win the political culture war” and insists that the party needs “fresh ideas and perspectives.” If he succeeds, Donalds would be the newest member to advance to the ranks of leadership (he just won his second term) and the only black member. “Over the past two years, it’s been abundantly clear that families across the nation are dissatisfied with the political climate and are desperate for change,” Donalds insisted.

If the leadership races are any indication, that change may come sooner rather than later.