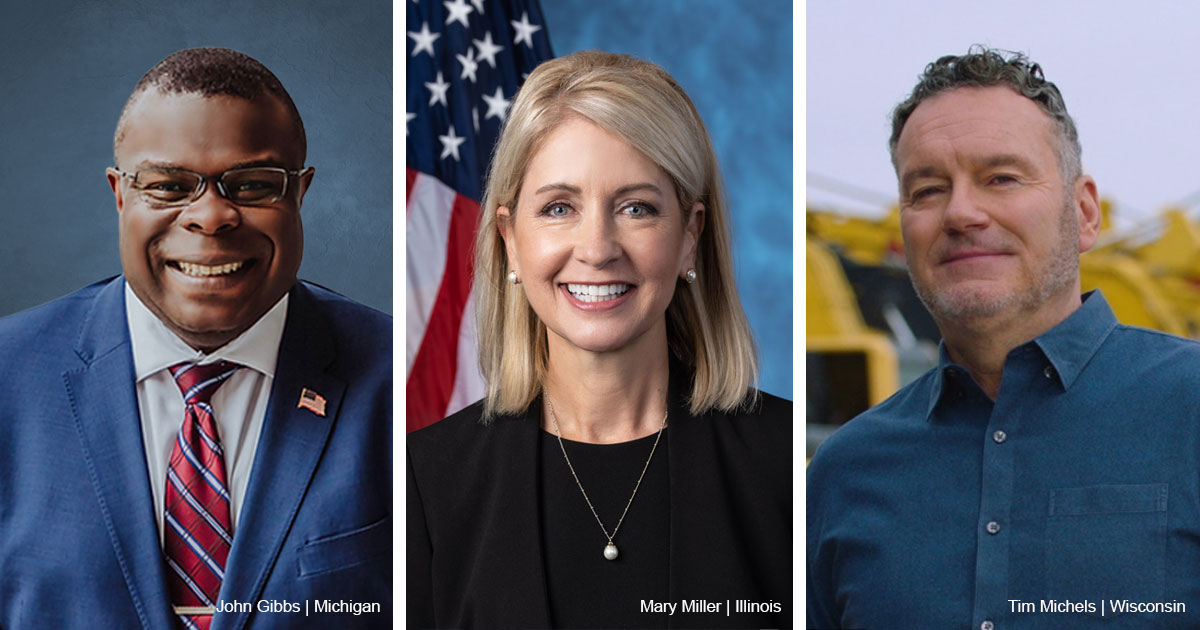 GOP Primaries Show the Marriage Debate Is Far from Over

If Republicans thought marriage was a throwaway issue in 2022, they’re learning pretty quickly that voters don’t think so. Despite a political climate dominated by the economy, primary season is shedding some interesting light on a subject that pundits wrongly assumed Americans have “moved on” from. While marriage isn’t at the top of most voters’ concerns in a country where a single chicken breast now costs $4.56, the debate has proven to be surprisingly potent in swing states the GOP can’t afford to lose.

Turns out, conservatives want leaders who color within the lines of the GOP platform on marriage. That was a far cry from what they got on July 19 when 47 House Republicans ditched the party’s values in a gutless attempt to look open-minded on an issue long considered non-negotiable. Even solid, longtime conservatives fell prey to the lie that showing some moral flexibility might help them win over younger, more moderate voters. On the contrary, all it did was disgust the Republican base, spark an internal war, and — to the delight of the wounded Left — play right into Democrats’ hands.

Now, almost four weeks into the blowback, conservatives like Rep. Scott Perry (R-Pa.) have been put in the embarrassing position of defending their vote, as the House Freedom Caucus he leads openly lobbies the Senate to reject the same-sex marriage bill he supported. In a clear break from Perry, the Caucus reaffirmed its commitment to “America’s traditional values and sacred institutions.” “The radical Left … has weakened the nuclear family, attacked the norms of masculinity and femininity, and now it wants to further erode the sacred institution of marriage. … After overwhelmingly opposing the ‘Respect for Marriage Act,’ the House Freedom Caucus urges the Senate Republican Conference to oppose it as well.”

That turned out to be sage advice for GOP candidates, many of whom — in swing districts ripe for the taking — need every advantage they can get. Some Republicans didn’t need the reminder. Virginia’s Bob Good (R) ran his 2020 campaign as if marriage were a literal helix in his DNA, making the issue a cornerstone of his race against incumbent Denver Riggleman, who — despite voting with Donald Trump more than 90% of the time — split repeatedly with conservatives on LGBT issues.

A few months before his face-off with Good, he ignited a local firestorm by officiating a same-sex wedding — a decision that Good insisted “betrayed the trust” of Republicans and made him “out of step” with the party’s base. Riggleman dug in on his liberal positions, defending his LGBT activism and telling the New York Times, “We don’t want a party so small that it just fits in the bedroom.”

He paid for it, mightily. By primary night’s end, the freshman congressman had lost 58% of the convention vote to Good, who went on to win the general election. According to FRC Action Director Matt Carpenter, “The convention format probably shows the clearest where the Republican base is on the issue since you’re playing in a much smaller sandbox, and only the most committed supporters will show up physically in a convention hall for hours — rather than simply put a ballot in the mail or spend a half-hour at the polls.”

No one imagined that, two years later, the two parties would be duking it out over federal marriage policy — an issue most Americans thought the Supreme Court had laid to rest in Obergefell. But the lessons now are the same as they’ve always been: defending marriage isn’t just the right position — it’s the winning one. And three recent primaries battles prove it.

In the Badger State, a lot of people will be quick to say Tuesday’s contest was another Trump v. Pence endorsement battle where the former president’s pick came out on top. They wouldn’t be wrong. While Tim Michels almost certainly rode the Trump train to victory, there’s an interesting subplot to the story where the two candidates’ policy differences are concerned. For years, both Michels and former lieutenant governor Rebecca Kleefish were staunch defenders of marriage. But in June, Kleefish’s views took a dramatic turn.

During an interview with local affiliate CBS 58, the woman who once found herself in hot water for pointing out the slippery slope of same-sex marriage in 2010, announced that her views have “changed.” “[My remarks 12 years ago are] in the past, and I think it needs to be left there,” she urged. “I am in the same place that I would say a vast majority of Wisconsinites and Americans are. My opinion has changed. … Gay marriage will be legal when I am governor of Wisconsin.”

Kleefish’s “evolution” was a stark contrast to her opponent, who didn’t flinch at the suggestion his conservative views might turn off moderate voters. Unlike Kleefish, who abandoned her beliefs at the first sign of pressure, Michels stood firm, telling reporters, “My position is that marriage should be between a man and a woman.” But at the end of the day, he insisted, voters in the LGBT community aren’t as one-dimensional as the media makes them out to be. They care about good governance, he argued, and “they know that I’m going to bring proper, proven executive leadership to the governor’s office.”

“While I doubt marriage was the main driver for voters in the race,” Family Research Council’s Connor Semelsberger told The Washington Stand, “it is notable that a candidate who doubled down in his defense of marriage beat a candidate that caved on same-sex marriage by 5% in a key swing state.” Did marriage tip the scales? In a state where the slimmest of margins are everything, it certainly didn’t hurt.

Either way, let’s hope Senator Ron Johnson (R-Wisc.) is paying attention. The Republican, who foolishly hinted at his support for same-sex marriage shortly after the House vote (“I see no reason to oppose it”), felt enough heat to start walking his statements back. Suddenly, grassroots pressure has put the wobbly senator back on the fence, where he insists the legislation might pose too great a threat to religious freedom. In a conversation with Axios this week, Johnson tried to parse words, insisting, “I’ve never said I would support it. I said I didn’t see a reason to oppose it.”

Thanks to his state’s gubernatorial primary, he should now.

Another incumbent who took it on the chin this primary season seemingly had everything going for him: financial backing, name recognition, even the Meijer chain branding. But, as FRC Action’s Carpenter pointed out, not even having his “name emblazoned on hundreds of grocery stores” mattered to primary voters looking for a candidate to represent their values in Washington.

Pete Meijer only lost his primary bid by 3% last week, but that was more than enough to make him second-guess his votes on social issues. As a freshman, Carpenter explained, Meijer repeatedly took positions “antithetical to his own party’s platform and the priorities of your average Republican primary voter.” He co-sponsored the controversial (and misnamed) “Fairness for All Act,” a bill that would scrap religious freedom to achieve “compromise” on LGBT issues. More specifically, though, Meijer was one of the 47 Republican deserters on the Democrats’ radical “Respect for Marriage Act,” putting him at odds, Carpenter went on, with the entire conservative coalition.

His opponent, John Gibbs, a businessman and former missionary, made a point of differentiating himself from Meijer on his commitment to marriage — talking openly in interviews about the importance of faith and family. In a state where 100% of incumbents won reelection in 2020, Carpenter says, “Gibbs’s win is yet another indication that the GOP’s pro-family priorities are winning over grassroots activists.” Marriage may not be everything to an election outcome, but it’s enough of a “something” to turn a close race into a defeat for a Republican on the wrong side.

Brent Keilen, vice president for FRC Action, reminded everyone that natural marriage is an important plank in the Republican platform. “Voters who support Republican candidates do so expecting them to stand for these important principles. The number of GOP House incumbents losing re-election bids this year shows that voters are paying attention. They will hold their representatives accountable when they undermine important ideals like marriage.”

In the Land of Lincoln, it was a rare battle of the GOP incumbents, thanks to a redistricting map that pitted Rep. Mary Miller against fellow Republican Rodney Davis. Both representatives serve in the 117th Congress, so both had the advantage of being known to their constituents — in Davis’s case, perhaps too well.

As the more tenured of the two (Davis has been serving since 2013, Miller since 2021), the edge should have gone to Davis. But the 13th District representative had started tacking left on key social issues — first on the Violence Against Women Act in 2021 with radical gender identity, sexual orientation language, then with an LGBT business discrimination bill, and finally — just last month — he cemented his position with a vote for same-sex marriage.

Miller, on the other hand, has spent her first term in Congress as an outspoken proponent for a lot of hot-button cultural issues — fearlessly defending girls’ sports, fighting gender ideology in education and gender reassignments for children, and lately, rallying her colleagues to stand by natural marriage.

For their efforts, Davis earned an 80% on FRC Action’s Scorecard; Miller a perfect 100%. But in the end, it was her consistency and platform fidelity that paid off. Illinois voters flocked to Miller in June, handing her a blowout win (57-42%) and the chance to possibly represent a newly redrawn district. As FRC's Meg Kilgannon insisted, "It seems to confirm the overarching theme of GOP voters wanting people who stand firm on issues and do not evolve over time into Democrats."

Semelsberger, who has been watching the primaries unfold, can’t help but notice the stealth role that the revived marriage debate is playing in all of these close elections. “Republican primary candidates that have stood by the GOP’s position have shown strong success this election cycle.” And one of the most significant aspects of that, he told TWS, is: “Not only are republican candidates who believe in natural marriage winning in heavily Republican states like Louisiana and Missouri, but they’re also winning tough primary races in purple states like Illinois, Michigan, and Wisconsin. What this proves is that Republican candidates who take strong conservative positions on social issues may be winning — not in spite of these conservative positions, but because of them.”

Right now, there are 47 Republicans desperate to believe that the consequences of their same-sex marriage vote are negligible. This year’s primary losses show just how worried they should be.