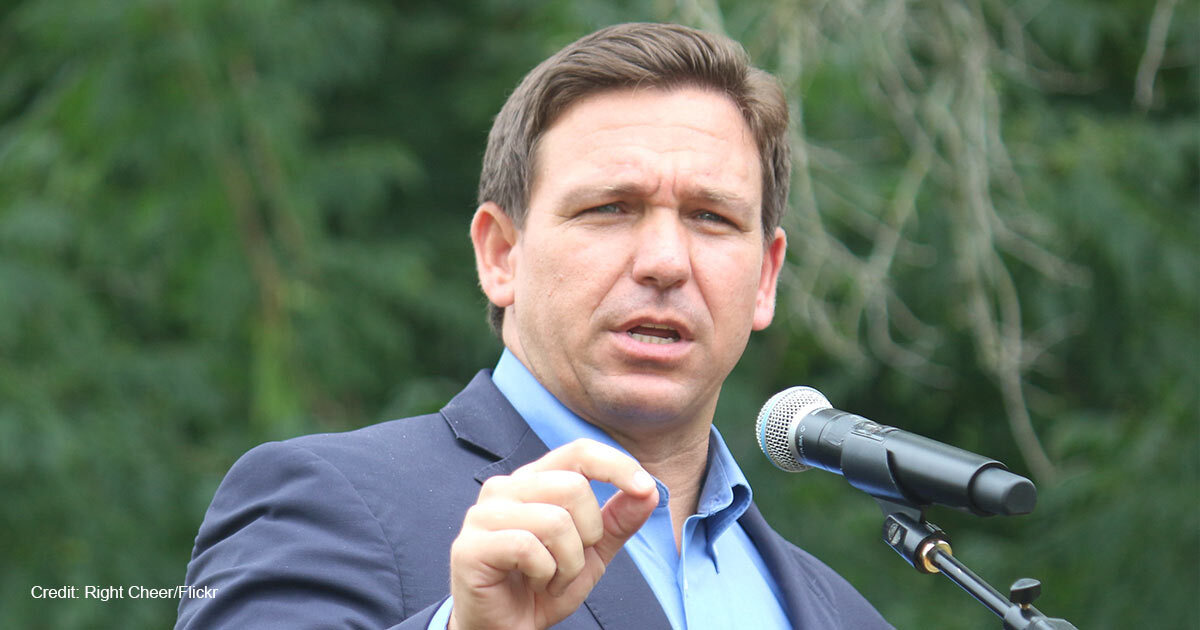 Florida Governor Ron DeSantis (R) announced on Thursday morning that he was suspending State Attorney Andrew Warren “effective immediately.” Warren is among the woke cadre of district attorneys who rode to victory on waves of funding from George Soros. With progressive groups like Fair and Just Prosecution, he has pledged to prioritize progressive priorities over enforcing the law, such as a pledge, issued on the date of the Dobbs decision, to enforce no pro-life laws.

In a lengthy executive order, DeSantis laid out the constitutional grounds for suspending Warren, who had won election as the State Attorney for Florida’s 13th Judicial District in Tampa by promising to approach cases more leniently. “State attorneys are not subject to impeachment … and thus are eligible for suspension by the Governor and removal by the Senate,” the order explained, “The Governor may suspend from office any state officer not subject to impeachment for that officer’s malfeasance, misfeasance, neglect of duty, drunkenness, incompetence, permanent inability to perform official duties, or commission of a felony.” The decision to formally remove Warren lies with the Florida Senate.

“When you flagrantly violate your oath of office, when you make yourself above the law, you have violated your duty. You have neglected your duty. And you are displaying a lack of competence to be able to perform those duties,” DeSantis said.

“Our government is a government of laws, not a government of men,” explained the governor, launching into a mini-civics lesson during the morning press conference. “We govern ourselves based on a constitutional system and based on the rule of law. … We don’t elect people in one part of the state to have veto power over what the entire state decides on these important issues. The constitution of Florida has vested the veto power in the governor, not an individual state attorney. … When you uphold the rule of law, you are protecting the most vulnerable in our society. That’s why we have a rule of law.”

The civics lesson was combined with a history lesson — er, takedown of leftism — actually, those are the same thing. “But yet we’ve seen across this country, over the last few years, individual prosecutors take it upon themselves to determine which laws they like and will enforce and which laws they don’t like and then don’t enforce. And the results of this in cities like Los Angeles and San Francisco have been catastrophic,” insisted DeSantis.

“To those who say this represents social justice, look at San Francisco,” he continued. “They had to recall this prosecutor. … The places that voted to keep him were the affluent communities who were not bearing the brunt of the policies. The places that voted to recall him were the working-class communities, because they bear the burden of ignorance and refusal to enforce the law.”

After looking at the train wreck of progressive jurisdictions, DeSantis set his staff to work “to make sure that that was not going to happen here,” and Warren’s suspension was the result of that effort. “They spoke with law enforcement throughout the state. They spoke with line prosecutors throughout the state. And it all came back to this area here in the 13th judicial circuit in Hillsborough County,” explained DeSantis. “The response we got was a lot of frustration on the part of law enforcement for criminals being let go and crimes not being prosecuted.”

“Andrew Warren has put himself publicly above the law,” he continued, warming to the subject. “In June of 2021, he signed a letter saying that he would not enforce any prohibitions on sex change operations for minors.” DeSantis clarified that Florida is currently debating such restrictions administratively, but has no laws to that effect, but he emphasized that Warren’s point was, “It doesn’t matter what the legislature does in the State of Florida; he’s going to exercise a veto over that.”

Warren also “signed a letter saying he would not enforce any laws relating to protecting the right to life,” added DeSantis, which currently include restrictions on late-term abortion, partial-birth abortion, and abortion after three-and-a-half months.

“He’s also instituted a policy of, quote, ‘presumptive non-enforcement’ … that is not consistent with the role of a prosecutor. Yes, you can exercise discretion in individual cases, but that discretion has to be individualized and case specific. You can’t just say you’re not going to [try] certain offenses,” added DeSantis. That’s how you create the mess that is San Francisco.

“This pathogen that’s been around the country of ignoring the law,” warned DeSantis, “we are not going to let that get a foothold here in the state of Florida. We are going to make sure that our laws are enforced, and that no individual prosecutor puts himself above the law.”

Crime, abortion, and gender transition: the causes promoted by this extreme, left-wing ideology are all particularly effective at tearing families apart and tearing society down. By rejecting them, Florida has presented itself as a model state for business, health, and safety. And people are indicating how they feel about Florida’s policies by voting with their feet — and moving there.

For DeSantis, woke prosecution is as problematic in its root as in its effect. He decried “this movement … where you basically elevate your own personal conception of quote, ‘social justice’ over what the law requires of you” as “untenable.” He insisted it warrants “suspension and eventual removal.”