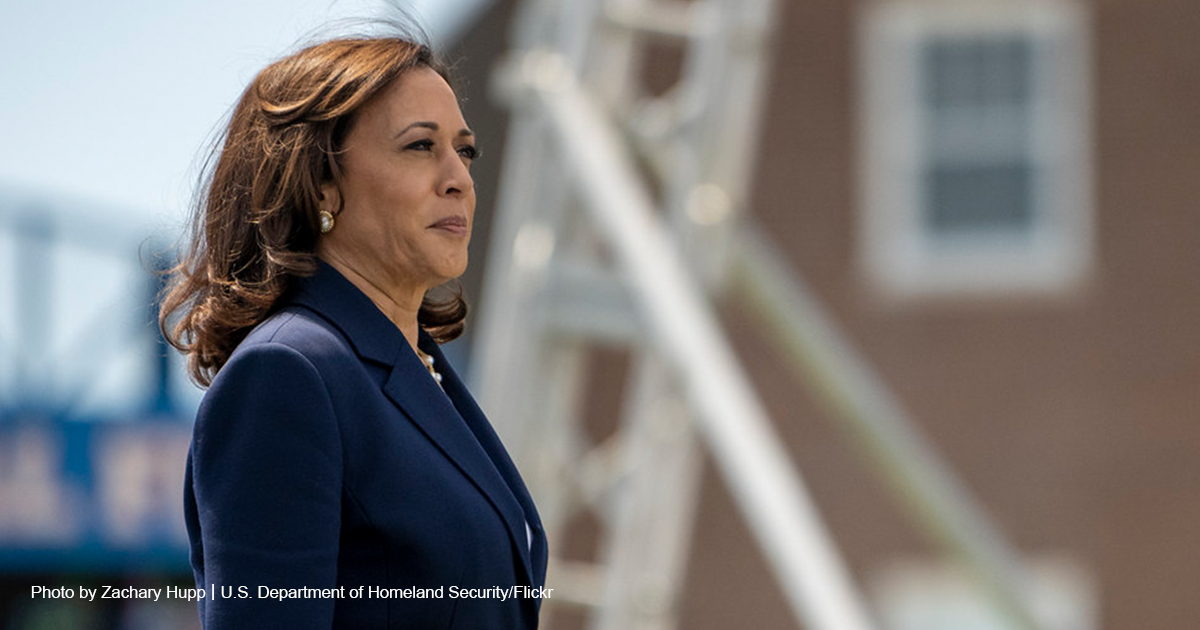 Harris: ‘Nothing’ about Abortion ‘Will Require Anyone to Abandon Their Faith’

Last week on the tarmac, Kamala Harris argued that a person’s religion isn’t a good reason to oppose abortion. “I’ve convened faith leaders. And, for those of us of faith, I think that we agree, many of us, that there’s nothing about this issue [abortion] that will require anyone to abandon their faith or change their faith.”

Where to begin with that? Let’s get the obvious out of the way first. For 2,000 years, Christians have opposed abortion. They do so because the Bible clearly teaches against it. This is no secret; evidence for this is widely available to anyone who chooses to know it. Family Research Council’s Center for Biblical Worldview has an excellent summary of the issue.

In light of this historic opposition to abortion, what could Harris’s comment mean? It’s certainly vague enough to admit multiple interpretations, but it seems likely that the vice president meant to be understood as saying that she convened a panel of religious experts, they discussed this issue, and the consensus was that religious belief and abortion are not mutually exclusive. In fact, Harris did hold a “Meeting with Faith Leaders on Reproductive Rights” on June 6.

Of course, the euphemism “faith leaders” is only as good as the answer to two questions: Which leaders? And which faiths? According to the readout of that meeting, the council included Jews, Sikhs, religion professors, and several representatives from Christian denominations. The report also recorded that “attendees discussed the importance of protecting access to reproductive health care.” In other words, Harris gathered together pro-abortion clergy of any faith, and, behold, they endorsed abortion. Thus far, Harris’s statement, once understood, is not surprising, but neither is it meaningful.

Let’s go one step further. Harris gave her opinion that “many of us” — that is, people “of faith” — “agree” that abortion doesn’t conflict with the faith of “anyone.” Convene a brain trust of likeminded people, and of course they will conclude it is impossible to hold any other position. But Harris asserts that some people of faith can decide for all people of faith — including those who disagree with them. By carefully qualifying people “of faith … agree” with “many of us,” Harris demonstrated that she is aware that people of faith disagree on this point. Some people dismissing other people’s beliefs as impermissible has been the seed of religious persecution throughout all of time.

The thrust of Harris’s statement is: Any religious objection to abortion is unreasonable and inconsistent.

But how does Harris square that belief with the historical fact that Christianity — not to mention other religions — have long opposed abortion?

I believe the answer lies in Harris’s understanding of faith itself. The notion that some people of faith should be able to speak for all, seems to indicate Harris considers all religions to be pretty similar. Even the use of the term, “those of us of faith,” without specifying which one, implies that the particulars of the faith don’t matter. Different accounts of Harris’s faith on differentnewsoutlets paint a similar picture. While she self-identifies as a “black Baptist” (no denomination specified), she draws spiritual inspiration from both her father’s Baptist heritage and her mother’s Hindu heritage, and her husband is Jewish.

Obviously, I can only reason from what I know. “You will recognize them by their fruits” (Matthew 7:16, 20). And I cannot know Harris’s heart; that’s between her and God. “Who are you to pass judgment on the servant of another?” (Romans 14:4). But based on the available information, it seems Harris’s worldview is a form of syncretism. George Barna, Senior Research Fellow with the Center for Biblical Worldview at Family Research Council, defined syncretism as a blending of biblical ideas with other philosophies, resulting in “a unique but inconsistent combination that represents [a person’s] personal preferences.” Barna’s research shows that syncretism is common in our consumer-choice-driven culture, with even 62% of pastors holding such a worldview.

But Christians are supposed to be distinct from the world (Matthew 5:14-16), not blend in with it.

Syncretism is roundly condemned throughout Scripture. After receiving the Ten Commandments at Mount Sinai, Israel tried to blend worship of the one true God with worship of a golden calf idol (Exodus 32:4-6), thus breaking the first and second commandments, “You shall have no other gods before me. You shall not make for yourself a carved image” (Exodus 20:3-4). Their disobedience provoked the Lord to “burning anger” (Exodus 32:12), and 300,000 people died (Exodus 32:28). Paul quotes directly from this sorry account, noting that “these things took place as examples for us, that we might not desire evil as they did” (1 Corinthians 10:6). “You cannot drink the cup of the Lord and the cup of demons,” he adds. “Shall we provoke the Lord to jealousy?” (1 Corinthians 10:21-22). These Scriptures teach us that God takes wholehearted devotion to Him seriously (see John 6:53), and He is provoked to jealous wrath when those who claim to worship Him are really two-timing Him (see Hosea 2).

Again, the Samaritans “feared the Lord but also served their own gods” (2 Kings 17:33). But in the very same account, God condemns them, “They do not fear the Lord” (2 Kings 17:34). When the Samaritans claimed to worship God to participate in rebuilding the temple, God’s people responded, “You have nothing to do with us in building a house to our God” (Ezra 4:2-3), even though sojourners had been admitted into the covenant people since the exodus (Exodus 12:48). God’s people must be holy to the Lord, for He will not accept divided worship.

Part of the reason why God’s people must be distinct from the world is so that the contrast will attract others to forsake false religions and join themselves to him. One of Christianity’s distinctive markers is a passion about the glory of God, the advancement of His church, and the holiness of His people. If someone lacks these, it’s reasonable to question whether they actually love God. And it’s hard to see how anyone could sanction the killing of unborn babies without first abandoning these.

Again, I don’t know the heart of the vice president; I pray that God has already or will at some point turn it to Himself. I do know that Christianity is distinct from all other religions because Christians worship the one true God, and He does not tolerate abortion.