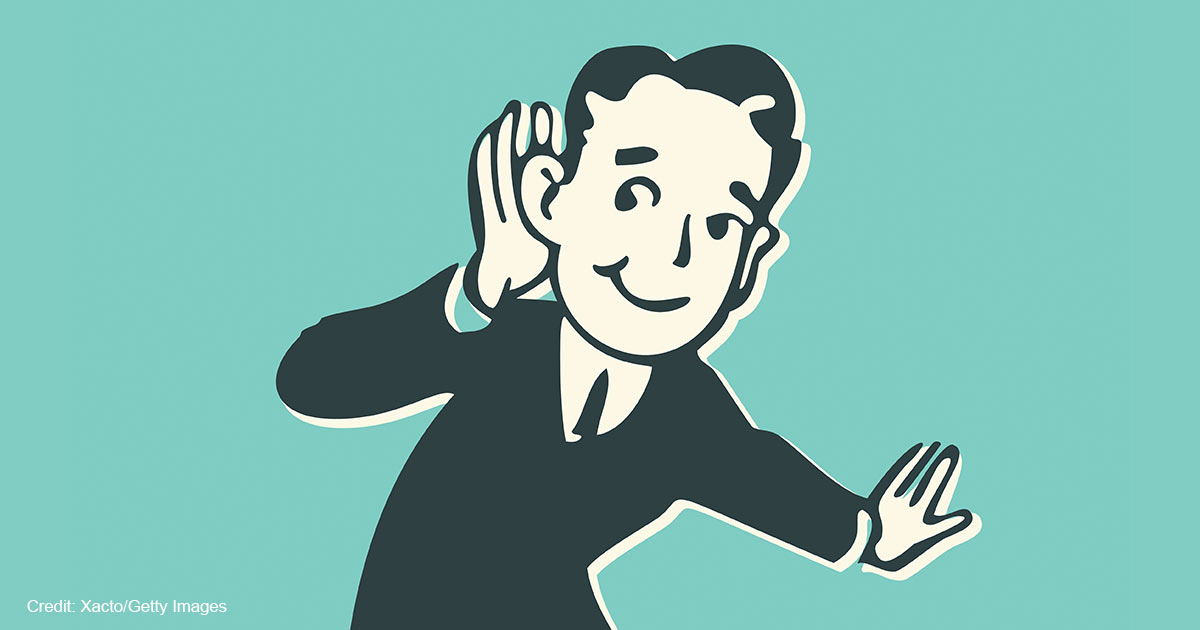 Have Ears That Hear, Not Itch

Did you know that the actor Tom Hanks “has become a pawn of Satan and is aiding the cover-up of the existence of the Illuminati today?”

Or that Ukraine’s president is a cocaine addict?

Or that the Italian dictator Benito Mussolini was the anti-Christ? Or was that Hitler? Or Stalin? Or Mao?

Wait, what am I thinking — it’s now “confirmed” that China’s Xi Jinping is actually “the beast of Revelation.”

That these wild claims are taken seriously by anyone could be seen as a source of derision. As a Christian, when such things are heralded by my fellow believers, they make me feel sad and discouraged.

Gullibility is dangerous. It creates disappointment and grief, lost income, and lost marriages. For followers of Jesus, unthinking faith can collapse as difficulties intrude upon immature bliss.

For example, “prosperity preachers” often assure their followers that if they practice a certain multi-step program (often touted as some sort of previously undiscovered biblical “secret plan”), they’ll get rich. Greed and desperation, combined with gullibility, lead to disappointment and even disaffection. Of course, too, the hawkers of the “God wants you rich” message invariably ask their disciples to pay amply for their talismanic strategies.

True scriptural faith is a noble thing, ordained by God and welcomed by His people. However, naïve belief and warranted trust are two different things. Children relish belief in Santa Claus until one day they realize the imaginary figure does not exist. Their innocence combines with the magical idea of “the man with all the toys” to induce their faith in his existence. Maturity eventually takes hold and Santa becomes a fond memory of childhood.

On the other hand, we can rejoice in the historical accuracy of the Gospels and the Book of Acts, since if their reports are true — and, as a historian by training, I affirm that the New Testament accounts are credible accounts of actual events — placing your trust in Jesus is the most rational thing you can do.

Yet too many of us are quick to fall for the blandishments of an illegitimate gospel. It is a lie to teach, and a tragedy to believe, that God wants your perpetual health. Consider the apostle Paul. “Three times I pleaded with the Lord,” he writes, about his “thorn in the flesh,” that “it should leave me.” But, the apostle wrote, Christ told him, “My grace is sufficient for you, for my power is made perfect in weakness.” Therefore, Paul proclaimed, “I will boast all the more gladly of my weaknesses, so that the power of Christ may rest upon me” (II Corinthians 12:8-9).

In addition, sometimes we are so eager to believe certain things that we suspend sound judgment. When in 2018 it was reported that Goliath’s skeleton had been found, there was great excitement among people who are eager for “proof” of biblical claims. However, it soon was shown that photos of the “skeleton” were “taken from a 2008 photoshop contest from the website Worth 1000, called ‘Archaeological Anomalies 12,’ in which participants submitted pictures that were intended to ‘create archaeological hoaxes.’”

“The time is coming when people will not endure sound teaching,” Paul warned Timothy, “but having itching ears they will accumulate for themselves teachers to suit their own passions” (II Timothy 4:3). That time is now. We like hearing things that seem to confirm what we want to believe. Too many Christians accept nonsense because they cherish emotion more than truth.

On the political side, conservatives can be susceptible to the enticements that come around every campaign season. Big promises (“Send me to Washington and the liberals won’t know what hit ‘em!”) hold great appeal to many frustrated and well-meaning people who so want to put the leftist genie back in his bottle. But when will we learn to obey the words of the psalmist: “Do not put your trust in princes, in human beings, who cannot save” (Psalm 146:3)?

This does not mean that all politicians are liars or that we cannot hope for reasonable movement toward governmental sanity. But like Sisyphus, some of us keep thinking that if only we roll the electoral boulder up the hill one more time, evil will vanish and a new day will dawn. This is wishful thinking, a sign of credulity, not perseverance.

As the theologian Trevin Wax has written, “Christians … claim to be people of Truth. After all, Jesus declared that He is the Truth. Furthermore, we have truth revealed to us in God’s Word. We of all people should prize and uphold Truth.”

So, the next time you hear that the letters in the name “Joe Biden” equal 666, take a breath and move on. The stakes — including the credibility of our witness for Jesus — are far too high to waste time on childish things.