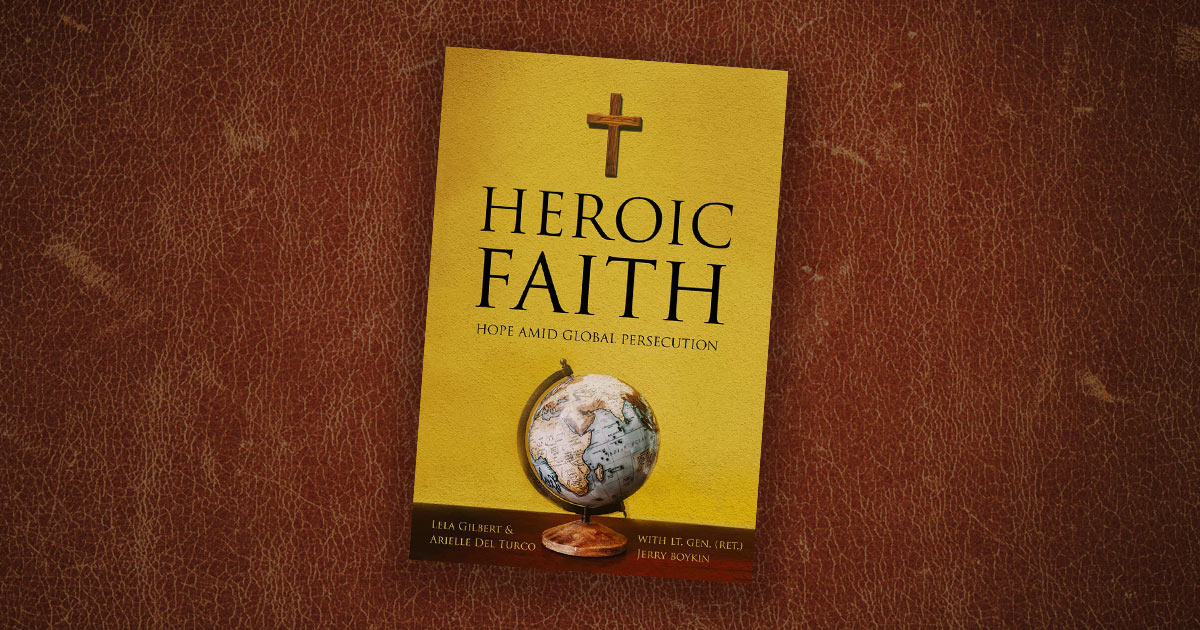 ‘Heroic Faith’ Amid Persecution: The Plight of Christians and America’s Voice for Freedom

Nigerian teenager Leah Sharibu was attending classes at Dapchi Girls’ Science and Technical College in February 2018 when she was kidnapped by Boko Haram. In a truck full of young girls, Shabiru was violently transported to the terrorist group’s camp — four girls died during the journey.

The following month, nearly all the surviving girls were freed by the Islamic extremists. Sharibu’s family waited with hope that she would return to them, but she did not. Unlike the other girls, Sharibu was a Christian who firmly refused to renounce her faith.

Former U.S. Commissioner for International Religious Freedom and Family Research Council President Tony Perkins personally advocated for her release. Unfortunately, four years later, Sharibu is still in captivity and reported to have given birth to the child of one of the terrorists.

In a letter to her mother Rebecca, Sharibu wrote, “My mother, you should not be disturbed. I know it is not easy missing me, but I want to assure you that I am fine where I am. …I am confident that one day I shall see your face again. If not here, then there at the bosom of our Lord Jesus Christ.”

“Heroic Faith: Hope Amid Global Persecution” highlights gripping stories of Christians from Africa, Asia, the Middle East, and Europe who are bravely devoted to their faith. Co-written by Family Research Council’s religious freedom experts, Lieutenant General (Ret.) Jerry Boykin, Lela Gilbert, and Arielle Del Turco, the book takes a close look at the tragic circumstances Christians face due to dangerous and sometimes deadly opposition to their faith in Jesus Christ. Released this week, “Heroic Faith” digs deeper into the ideologies that lead to this hostility and challenges readers to stand up for the persecuted.

In an interview with The Washington Stand, Gilbert and Del Turco offered more insight into the writing process and what they hope readers take away from the stories in “Heroic Faith.”

What inspired you to write “Heroic Faith”?

Gilbert: I’ve been working on the subject of international religious freedom for decades and have authored and co-authored several earlier books on the subject. When the opportunity arose at Family Research Council to create a new, up-to-date book about Christian persecution, I was very grateful to work with Arielle and General Boykin. What was clear to me from the beginning of the project to the end was how much more severely Christians around the world are suffering than ever before. This certainly inspired us all to sound the alarm about the risks to our fellow believers — many of whom are facing brutal circumstances because of their faith in Jesus.

Del Turco: Lela and I have been researching this topic for years, but we realized many Christians are not aware of the full scope of persecution against their brothers and sisters in Christ currently happening around the world. We really wanted to bridge that gap and give American Christians a glimpse into the lives of the persecuted church.

What is something you discovered while researching religious persecution trends and writing this book?

Gilbert: My own personal discovery while writing the book was how wonderfully blessed we are to live in a country where freedom of religion is still the law of the land, and how such freedoms are rapidly deteriorating or no longer exist in much of the world beyond our borders — particularly in the countries we focus on in “Heroic Faith.”

Del Turco: This issue can feel larger-than-life for a lot of people. We wanted to make this relatable and give readers an understanding of what persecution truly looks like, and so we highlighted the true stories of persecuted Christians. That’s what we really wanted to drive home to readers — that persecution isn’t just an abstract problem, it’s personal.

Why is the persecution of Christians a global crisis? What can Christians in places that value religious freedom do in response to the hostility?

Gilbert: Life-and-death cases of religious persecution are worsening in some regions because of radical Islamist ideology, while in other regions’ abuses lie in the hands of totalitarian atheistic regimes and fanatical dictatorships. Sharing real-life stories, seeking prayer, and imploring the “free world” to speak up on these issues is why we persist in writing books like “Heroic Faith” as well as publishing articles, doing interviews, informing responsible leadership, and seeking prayer support.

Why should Christians read this book? What do you hope readers take away from the book?

Del Turco: We believe that this book will give readers a greater understanding of what’s happening around the world. Stories of the relentless faith of those under attack will offer inspiration and empower readers to make an impact.

In the closing chapters of “Heroic Faith,” you write about what the U.S. government can do to combat religious persecution overseas. What are the steps that America can take to aid persecuted Christians around the globe?

Gilbert: The United States of America remains — despite the weakness of our present leadership — the most powerful voice for freedom in the world. And our representative form of government provides each of us the opportunity to demand that our elected officials, working with the State Department, take action on behalf of those who are at risk because of their faith. I hope readers will be challenged to speak up — providing “a voice for the voiceless” — by informing U.S. politicians and diplomats that we are deeply concerned about the intense suffering of Christians as well as other religious minorities, and are calling for focused U.S. attention on the subject. America’s influence can and should be making a difference all across the globe.

Del Turco: “Heroic Faith” offers a powerful case for why the U.S. government should do more to help the persecuted. Co-author General Boykin — who spent 36 years in the Army and served as deputy undersecretary of Defense for Intelligence — offers insight into how persecution harms U.S. national security.

The U.S. government can start to make a difference on this issue by speaking up for the persecuted in public and private diplomatic meetings, by prioritizing religious freedom in foreign development assistance funds, and placing targeted sanctions on the most egregious violators of religious freedom.