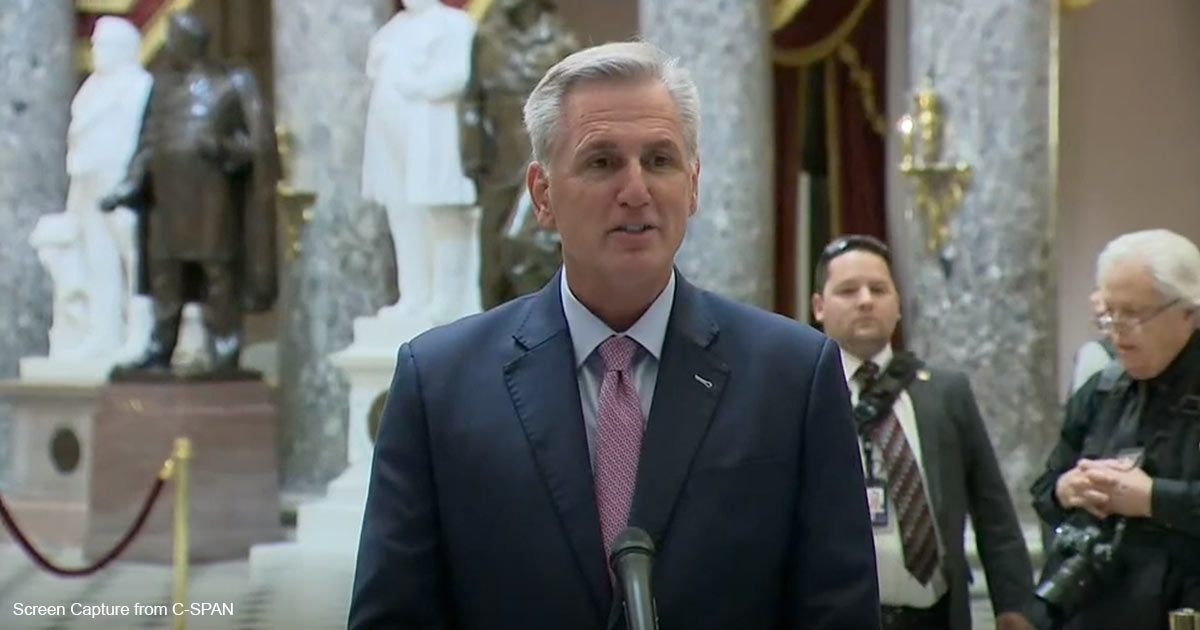 The U.S. House enacted a rules package Monday night by a vote of 220-213, with one Republican siding with the Democrats and another not voting. The rules, which will govern the chamber throughout the 118th Congress, incorporate changes negotiated by GOP holdouts during last week’s historic, 15-round marathon vote to choose a House speaker.

“One part of the agreement,” explained Representative Dan Bishop (R-N.C.), a member of the House Freedom Caucus, was “sweeping and historic changes to the rules under which … the House operates.” Under the new rules, bills must have a single purpose, and amendments must be germane to that subject. “That will avoid these horrible, $1.7 trillion omnibus appropriations bills that have everything stuck in them … that get dropped out in public about 35 hours or so before they’re enacted,” said Bishop.

The lame-duck Congress passed just such an omnibus package just before adjourning for Christmas. “We’ve got the return of the Holman Rule,” Bishop continued, “in which we can zero out specific offices within the bureaucracy or even salaries … like a Dr. Fauci who’s abusing power.” He also commended the reinstatement of the one-member motion to vacate the chair, which can trigger a vote over the speaker position. “We’ve insulated leadership too much rather than holding them accountable,” he explained.

“The whole point is that we’re trying to continue the great history of the people’s house,” said Representative Chip Roy (R-Texas), who led the faction of members insisting on rule changes. Representative Mary Miller (R-Ill.) called the rules package a “historic conservative victory to ensure the House of Representatives stops reckless spending and holds the Biden administration accountable to the American people.”

In addition to these rules which will govern how the House conducts its business, the rules package also granted waivers to a select number of bills that will be streamlined and voted on as soon as possible. These include bills:

Thus, these are the five immediate policy priorities of the House Republican majority: abortion, border security, crime, energy, and the IRS.

“For far too long, Democrats have run roughshod over the norms and practices of the people’s house, weaponizing the rules of the House to protect themselves and the Biden administration from proper oversight,” said Rep. Michelle Fischbach (R-Minn.). “That ends today.”