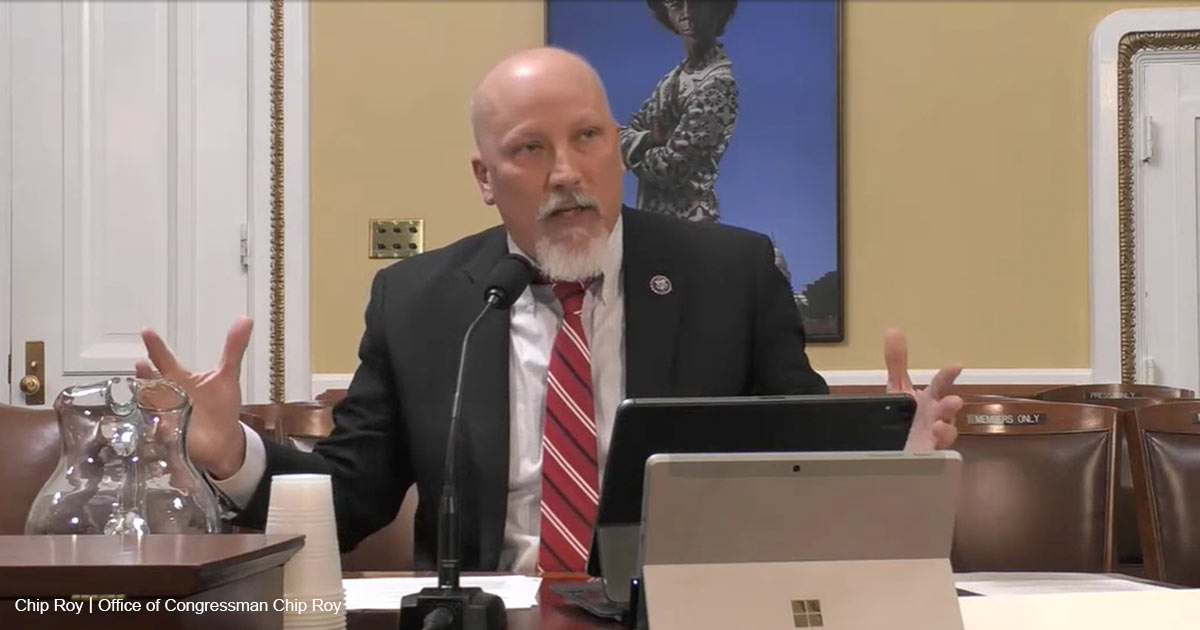 The chances of a Democratic-led House lifting a finger to protect religious freedom were always slim. This is, after all, the same chamber that sent a sweeping same-sex marriage bill to the Senate without so much as a nod to the First Amendment. Their message to non-conformists was simple: the government is coming for you. And despite the urgent pleas of House and Senate conservatives, that hasn’t changed.

Since last week, when the Senate sent over its own version of the so-called Respect for Marriage Act, House conservatives have had one goal — fix the language, and fix it fast. On Monday afternoon, Democrats put that possibility farther out of reach, refusing to even consider Congressman Chip Roy’s (R-Texas) amendment on religious freedom. Rules Committee Chairman Rep. James McGovern (D-Mass.) pooh-poohed the idea, insisting, “If we were to amend this, and it goes back to the Senate, for all intents and purposes it’s dead for the year,” he argued. “And many of us believe that we have a court right now that is hellbent on trying to reverse the rights for the LGBTQ community, and we do not trust them to respect marriage equality in this country.”

Unfortunately, Americans are dealing with something much more dangerous: a weaponized government that they don’t trust to respect them. And while the GOP’s 12 Senate marriage defectors are desperate to persuade voters that they improved the bill, the actual text gives no comfort to anyone. Because unless you’re a pastor or someone else performing a wedding ceremony, it’s open season on believers.

Rep. Michael Burgess (R-Texas) tried to press the issue, telling the committee, “Mr. Chairman, I would just point out that we are the all-powerful Rules Committee, and we can waive points of order. We do so with regularity … And so it is certainly within our power … to allow for the robust debate that Mr. Roy seeks.” We’re talking about a bill, Burgess went on, “that never had a hearing in the Judiciary Committee, passed the Rules Committee under an emergency procedure earlier this year, and now, many months later, has come back to us from the Senate. Why would you have a closed process for this? … If nothing else, we should have debate…”

To which McGovern sarcastically replied, “When January comes along, the gentleman’s party will be in charge, and you can bring one amendment after another to reverse the last 70 years of social progress…”

Roy, who’s been a prize fighter on marriage, fired back, “I would just say, if the amendment is unnecessary then it will fail on the floor of the House, and you have no concern about bouncing it to the Senate. If the amendment is important and would pass on a bipartisan basis — and by the way, it was a bipartisan amendment in the Senate — [it] would be important for the People’s House to express its will of full protection for religious liberty … on something as important as marriage.”

If we don’t fix this, the Texan went on, “we’re going to be shredding what little there is of the fabric holding us together in a union where we can agree to disagree. The fact is, the amendment is offered in good faith, as it was [in the Senate] by my friend Mike Lee. … [I’m asking for] one hour of debate on both sides,” he argued, “… to make the case for religious liberty in this body.”

Grabbing his binder with the text of the Senate’s bill, Roy looked around the room and warned, “This legislation — supposedly with religious liberty protections — is going to be the sword coming after you.”

In the end, Democrats didn’t care and didn’t budge. They decided Roy’s amendment was out of order on a budget technicality (which made no sense) and dismissed it.

As Roy explained to Family Research Council President Tony Perkins in the minutes following the Rules meeting, “The actual text of the underlying legislation … despite what 12 Republicans bought into, will not protect religious liberty. It just won’t. To the extent that it does protect religious liberty, it’s so narrow in its application that it leaves everybody else dangling under the false pretense of being protected,” he said with frustration.

“My colleague, [Maryland Democrat] Jamie Raskin, was just touting that this was some great compromise [and] how the Founders envisioned it all.” Surely, Roy said, the Founders didn’t envision us “jamming it through the House with no House Judiciary Committee hearing [or] … any religious liberty protections.” Months later, the Senate finally adds a nothing burger of religious liberty compromises, and “they’re half measures,” he insists. “They only protect … religious organizations [that] actually perform the ceremony or engage in the solemn act of the marriage — not, for example, hiring practices; not, for example, if maybe you’re running an adoption organization or maybe you’re a private Christian school. No, no, that’s not what they’re protecting. So it falls way short.”

It’s like a guy sitting there with a shield, Roy explained. And that shield is the Constitution; that shield is the Religious Freedom Restoration Act. And there’s another guy looking at him, and the Democrats hand him a sword. “And they say, ‘Oh, congratulations, Bob, for still having that shield.’ It’s like, no! You just gave them a sword to come after [us] with! And that’s what’s happening in real time.”