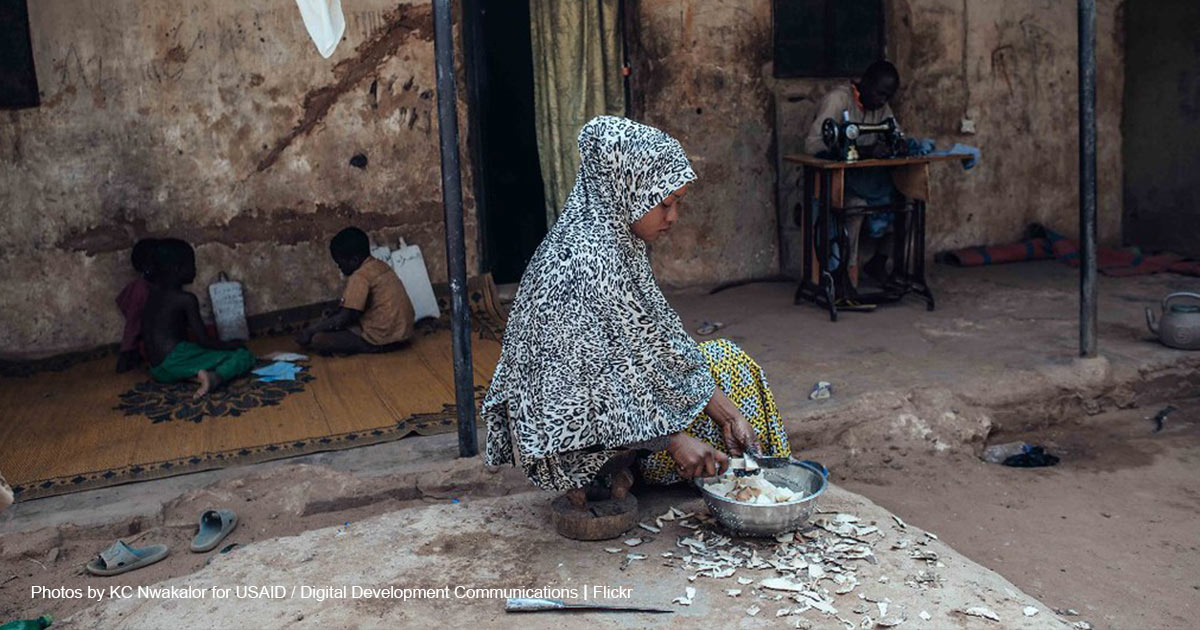 ‘I Would Have Wanted It’: 10,000 Forced Abortions Committed by Nigerian Military, According to Reports

“If they had left me with the baby, I would have wanted it.” This is what Bintu Ibrahim told Reuters’ reporters, after she was given injections without her consent by the Nigerian army officers who were supposed to be helping her. It resulted in a forced abortion. Ibrahim is one of approximately 10,000 Nigerian women and girls who are believed to have undergone forced abortions at the hands of the Nigerian military after the women were rescued from Boko Haram or other militants.

The groundbreaking Reuters report released last week was based on the accounts of 33 women and girls who say they underwent abortions while in custody of the Nigerian Army, five health workers, nine security personnel — including soldiers — ordered to assist in the program, as well as military documents and hospital records tallying thousands of abortions.

Yet, unborn children are protected by law in Nigeria. Both the Nigerian military and government have emphatically denied the report with Information Minister Lai Mohammed stating, “The Federal Government hereby categorically states that there is no ‘secret, systematic and illegal abortion programme’ being run by our military in the northeast or anywhere across the country. We also hereby reject the accusation of running an abortion programme levelled at our military.” Major General Christopher Musa, who leads the Nigerian military counterinsurgency campaign in the northeast told Reuters, “Not in Nigeria, not in Nigeria. Everybody respects life. We respect families. We respect women and children. We respect every living soul.”

Hopefully their words are true. Yet, the report is horrifying.

The majority of the 33 women interviewed had been kidnapped and raped by members of Boko Haram. After being rescued by the Nigerian military, these women — and countless others who were also rescued — were viewed by members of the military and members of their own community as tainted because of the time they spent in captivity. Women who were pregnant when rescued were under even more suspicion — as their unborn children were believed to have been “destined by blood” to continue the insurgency. The report alleges that the sins of terrorist, rapist fathers condemned at least 10,000 unborn children to death, typically without their mother’s knowledge.

While some women were forced to abort surgically under the guise of “tests,” most of the women Reuters interviewed were given injections or pills. Soldiers told some of these women that the pills and injections were cures for weakness or disease. In reality, these medications ended their child’s life.

The women who were given pills received either a combination of mifepristone and misoprostol (which in the U.S. makes up the chemical abortion regime) or misoprostol alone. Mifepristone blocks progesterone, a hormone that stabilizes the uterine wall providing nourishment for the unborn child during pregnancy. Without progesterone, the unborn child starves to death. However, mifepristone alone often results in an incomplete abortion, and so typically misoprostol is also used. Misoprostol causes intense uterine contractions, and it is used to expel the unborn child from the uterus. This pill is the chemical coat hanger painfully yanking the unborn child from her mother’s womb. While considered “safe” by the World Health Organization, women who receive an abortion through the combination of these pills are four times as likely to suffer complications as women who undergo surgical abortions. The likelihood of complication increases as the gestational age of the unborn child increases, and because of the risk, even the CDC only approves its use for up to 10 weeks gestation.

Women who were given injections were given the drug oxytocin. Typically used to stimulate contractions during labor, this drug can induce abortions — though if it is administered too quickly, it — like the chemical abortion regimen — can be fatal to the mother as well as the child.

Many of the women who received these drugs only realized they were being forced to abort when they were bleeding and writhing on the ground in pain. At least one woman was only 13. Several of them described the pain of losing their child. All of them allege that their children died at the hands of the Nigerian military.

If it is true, the report raises a number of questions.

For years, human rights advocates have been calling attention to the grave atrocities being committed by Boko Haram and other militants in Northern Nigeria against Christians and Muslims. The Nigerian government has been ineffective in its response to terrorism, despite international support to combat it. There is absolutely no excuse for the Nigerian military to divert time and resources away from fighting terrorists and toward subjecting the women and girls that they purport to rescue to further abuse.

Will the Nigerian military be held accountable for further terrorizing the very women they were sent to rescue?

While the United Nations has called for an investigation of the alleged forced abortion program, for years, the U.N. has utilized the actions of Boko Haram to push Nigeria to change its laws protecting unborn children. Will the U.N. rethink its abortion expansion policy in Nigeria? The Nigerian army’s abuses against women and unborn children show exactly how dangerous it is when abortion is pushed as a “solution” to problems.

Organizations like Marie Stopes International are known to have worked to promote and provide abortions in the typically life-affirming country. At the very least, there ought to be an investigation into what organization supplied the Nigerian government with the abortion inducing drugs.

Nigeria is a strategically important country in the region, and the U.S. government has been slow to criticize Nigerian leaders, even when they deserve it. Furthermore, the Biden administration has shamefully peddled abortion abroad. The Reuters report is a challenge to the Biden administration and their commitment to promoting human rights abroad. U.S. leaders should be unequivocal in their messages to Nigerian counterparts: forced abortion is a grievous human rights abuse, and one we will not be silent about.