If It’s Bad in America, Why Is It Good in the Ukraine? On Hypocritical Evangelical Leadership 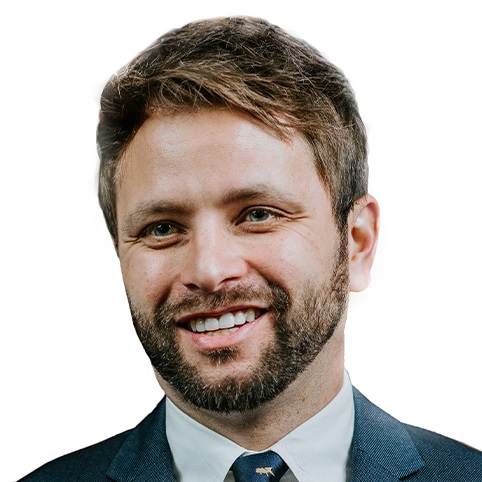 The conflict in Ukraine has drawn much attention from a sector of the evangelical community who support a “neither Left nor Right” political approach. The support for the rights of citizens in Ukraine has bewildered some of us. For some of the “neither Left nor Right” crowd, what should be opposed in America should be celebrated overseas. In what follows, we examine a few such ironic stances. Our brief survey both unmasks the hypocrisy of leftism and summons Christians of sounder mind to stand for truth in all societies (Proverbs 12:17). If it’s bad there, it’s bad here; if it’s good there, then it’s good here.

If it is good for other countries to have national identities, so too for America.

It is seen by some evangelical leaders as wrong for Russia to invade the Ukraine, a much smaller country. It is hard to disagree with such a sentiment as it stands. But what has taken us aback is that Ukrainian nationalism passes the “neither Left nor Right” smell detector. Our centrist friends post tiny pictures of the Ukrainian flag on social media and cheer Ukrainians on as they contend for their country. But when American Christians do the same to honor this country, the same centrist folks tell us that such “Christian nationalism” is evil. It means putting America on par with the kingdom of Christ. It corrupts our witness and politicizes the church. It leads to idolatry of America.

Surely we believers are not ultimately patriots. We are indeed citizens of a heavenly kingdom. But if nationalism is good in one country, surely it is good in another country. Can such love of country suffer corruption? Sure it can. It’s way better to support Poland in 1939 than Germany in 1939. Nonetheless, America has a great deal to commend it, even with our historic sins acknowledged. This country has helped many and allowed the church unprecedented freedom. Many Christians are thankful for this truth and determined to do what they can to preserve what good there is in America. How strange, then, to hear that nationalism is bad here, but great overseas.

If it is good for other countries to celebrate their culture and heritage, so too for America.

This observation applies not only to current conflicts, but broadly, across the world. The academic Left celebrates many global cultures and heritages. In fact, we are told that such appreciation is part of being a “citizen of the world.” If you’re not a narrow nationalist, you will develop a healthy appreciation for the diversity of other cultures. You will try their food, engage their ideas, and honor their global contributions. You will travel across borders and sample indigenous offerings without bias. Many “neither Left nor Right” Christians would nod their heads enthusiastically at all of the above.

But here’s the odd thing: When it comes to America, such praise dries up quickly. We should marvel at the contributions of China, or Sweden, or Nigeria —but not America. Further, the citizens of other countries should take pride in their culture and heritage, and Christians of such places should do so without blushing. But Christians in America should feel no such pride. We should not be thankful for America. We should in fact lament our heritage. The church should steer clear of any kind of cultural appreciation, for doing so means we wrongly love America and not Christ’s kingdom. Again, if Christians in foreign countries honor their heritage, that’s terrific; but if we Americans do it, we are xenophobic far-Right extremists of the worst kind. The double-mindedness here is frankly bizarre.

If it is good for other countries to have borders, so too for America.

A good number of evangelicals have decried Russia’s brutal violation of the Ukraine’s borders. But when it comes to America’s borders, those same folks are either silent about illegal immigration, very soft on the issue, or outright cheerleaders of open borders. Overseas, it’s good to have delimited national boundaries; in America, however, borders communicate lack of neighbor-love to foreigners. Frequently, such commentary will proceed, isogetically, from a parable or account from the Gospels where Christ interacts with a non-Jew.

The same principle holds for self-defense and gun usage. When countries seen as evil unrighteously attack other countries, then many “neither Left nor Right” Christians urge the attacked citizenry to fight back. They share stories and reports of heroism and point to virtuous men and women who defend themselves against evil. But in America, such an approach represents “clinging to your guns and religion,” to paraphrase former President Barack Obama. As some Christians have it, gun ownership is synonymous with lack of faith and an obsessive, wrong-minded protection of oneself.

How strange, then, to hear the “neither Left nor Right” crowd cheer on the Ukrainians (and others) as they resist totalitarianism. They can and should do so, because a despicable leader seeks their harm. That leader is corrupt and does not respect basic human rights. In fact, he tramples upon the liberties of the people. Yet this same group of Christians critiques American and Canadian Christians who have dared to defy the last couple of years of “health-based” statism, basing their principled defiance in the Bible and their country’s founding documents. Once more the illogical rule applies: it’s good to resist tyranny in Ukraine, but it’s bad to resist it in America.

You need not be a rocket scientist to see the irony, to say nothing of the hypocrisy, of these related stances. On each of these three issues, what is good for people overseas to do is bad for American Christians to do. This is a standard that is no standard at all. It is bereft of consistency and even logic. The end result of this inglorious exchange is a church that opposes at home what it cheers abroad. Without being naïve, perhaps we do well to hope for something better today: a Christ-loving church that thinks well, opposes evil everywhere, and chooses love of neighbor over despisal of America. We have been given much common-grace blessing; we do well to thank God for it.

Dr. Owen Strachan is provost and research professor of Theology at Grace Bible Theological Seminary. He also serves as a senior fellow in Family Research Council’s Center for Biblical Worldview.