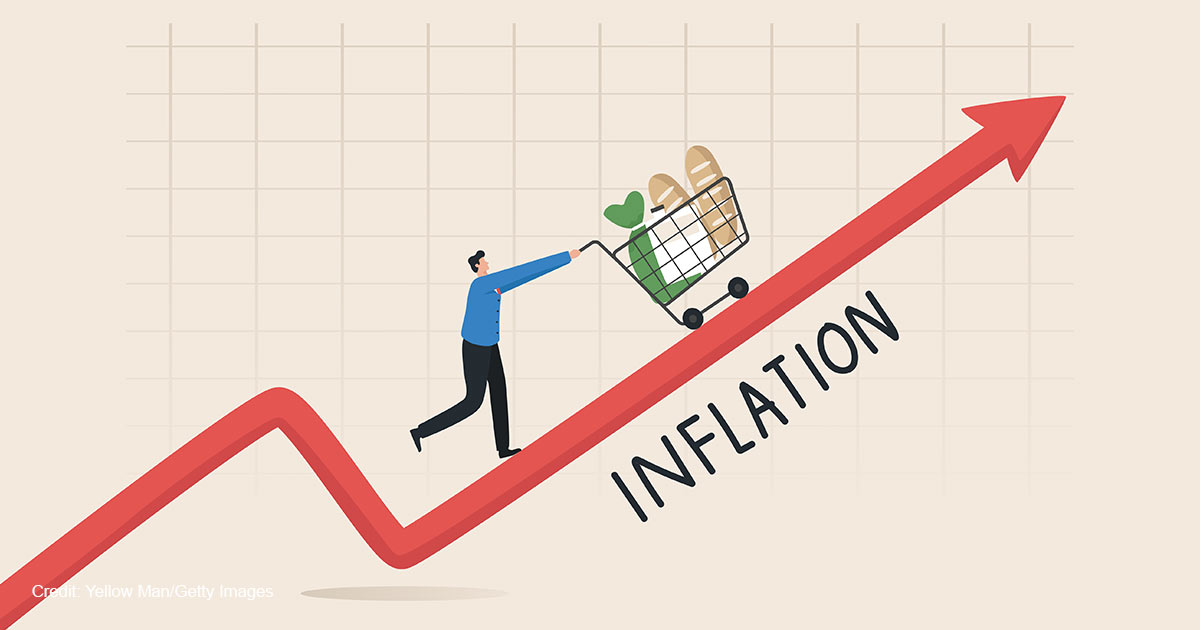 If your stride recently became lopsided, it’s likely because your wallet is unusually light. Your hard-earned money may have fallen through an imaginary hole at the supermarket cash register. The Consumer Price Index (CPI), which measures inflation, rose 8.3% over the last 12 months, with August numbers increasing 0.1% from July, the Bureau of Labor Statistics (BLS) reported on Tuesday. The increase came despite gasoline prices declining 12.2% (not seasonally adjusted) from July, as most other prices continued to rise.

If you believe the White House, the inflation report was good news. Based on the relatively flat inflation numbers from the past two months (the CPI increased 0.0% in July and 0.1% in August), the White House declared “more progress in bringing global inflation down in the US economy.” Yet the aggregate monthly numbers are only flat because of the decline of sensational gas prices. In many other categories, prices continue to rise at a rate consistent with annual inflation of 8% (an average monthly increase of 0.7%) or more.

Economic experts had the opposite reaction. Stock markets tumbled Tuesday after BLS’s announcement; the Dow Jones fell 900 points (2.8%), the S&P fell 3.2%, and the Nasdaq fell 4.1%. “We thought we’d see inflation start to come down, and instead what we’ve seen is inflation really sort of entrenched,” said Betsey Stevenson, a former Democratic member of the White House Council of Economic Advisors.

The unexpectedly high inflation numbers will likely cause the Federal Reserve to hike interest rates at its meeting next week. In a Reuters poll released hours before the CPI data, a strong majority of economists expected the Fed to raise the target interest rate for federal funds by another 0.75% jump, raising the interest rate above 3% for the first time since 2008. Banking economist Roberto Perli remarked that the report “was worse than expected; it certainly increased the Fed’s resolve to remain hawkish.”

These ongoing economic woes put families between a rock and a hard place. On one hand, rising prices are taking a sizable bite out of every paycheck. Moody economist Ryan Sweet estimated the average household is spending $460 more each month to buy the same basket of goods and services as a year ago. That is $460 per month less they can save for retirement or college tuition, $460 per month of purchases they have to learn to live without, or some combination of the two. On the other hand, rising interest rates will dampen the economy, tamping down wage increases and job opportunities.

For President Biden, the moment calls for celebration, literally. “On Tuesday, President Biden will host a major event at the White House to celebrate the passage of the Inflation Reduction Act,” reported Yahoo News. “It is expected to be a victory lap for the president within two months of the midterm elections.” It’s hard to see what the president finds cause for celebration, unless it’s the fact that Senate Democrats found a policy they can all get behind — a classic, tax-and-spend Frankenstein’s monster.

The “Inflation Reduction Act” is merely the rebranding of the morbidly obese Build Back Better bill — all the scraps that escaped Sen. Joe Manchin’s (D-W.Va.) scissors, that is. A colossal waste of taxpayer dollars in its own right, the bill predictably avoids fulfilling the titular promise. The University of Pennsylvania Wharton School Budget Model predicted it would have an impact on inflation “statistically indistinguishable from zero,” and “would very slightly increase inflation until 2024.” Perfectly predictable. The only feature that distinguishes this bill from the usual tumbleweed of Benjamins is that it massively expands the muscle of every American’s favorite government agency, the Internal Revenue Service, a move that could never, ever be abused to target conservative political groups.

“Let them eat cake,” proclaims the White House, to all those hardworking chumps who lacked the foresight to accrue massive student loan debts that the president would one day forgive. Instead of shuffling around the Titanic’s deck chairs, this administration has set them on fire and expects the taxpayers to foot the bill.