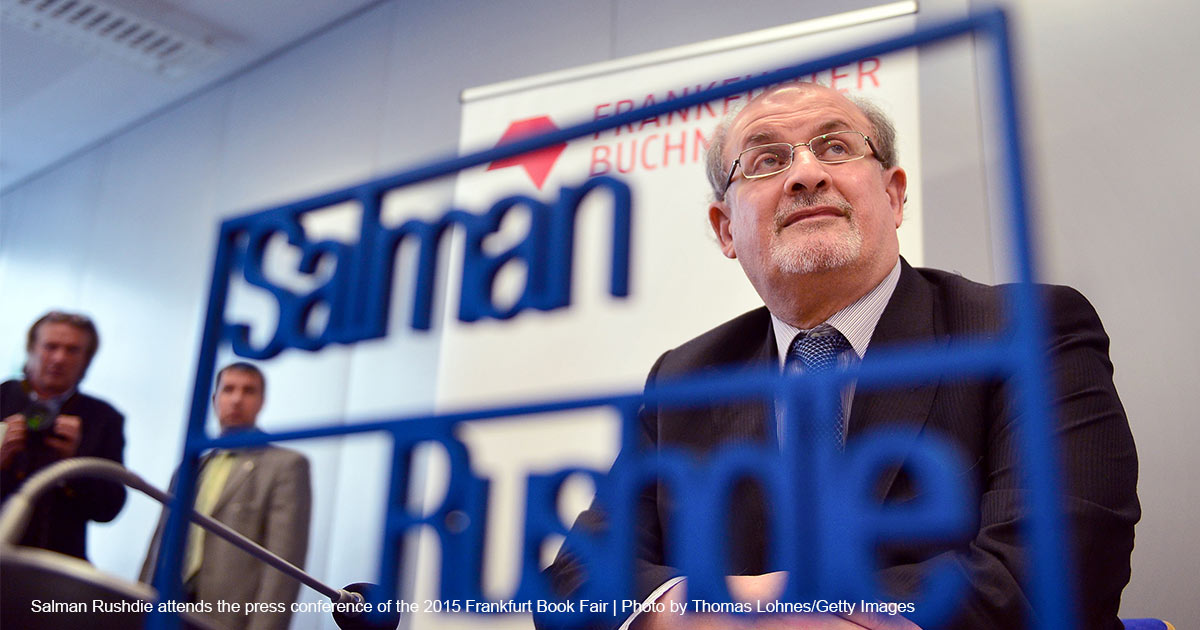 Salman Rushdie, an ardent atheist, is best known for his controversial novel, “The Satanic Verses,” which questions the validity of Islam (as well as other faith groups). Upon publication in 1988, the book was immediately condemned in a fatwa by Iran’s Supreme Leader Ruhollah Khomeini, and the following year a death sentence was declared against Rushdie. Khomeini’s subsequent death did not remove the fatwa nor the bounty of some $3 million, supported by the regime and placed by various radicals on Rushdie’s head.

Decades later, on Friday, August 12, 2022, a 24-year-old California-born radical Shia Muslim, Hadi Matar, attempted to fulfill the decades-old fatwa. After repeatedly stabbing Rushdie in front of some 2,000 horrified audience members, Matar was charged with attempted murder. He has since pleaded not guilty.

Rushdie’s brutal stabbing recalls decades-long threats that numerous enemies of the regime have endured. This includes Christian believers both inside and outside Iran’s borders.

A recent article by Radio Free Europe/Radio Liberty is titled “No Place for Converts: Iran’s Persecuted Christians Struggle To Keep The Faith.” It highlights the dangers faced by many Christians inside Iran, explaining that “one of the most striking trends in 2021 was the increased involvement of Iran’s powerful Islamic Revolutionary Guards Corps (IRGC) in the crackdown on Persian-speaking Christians. The IRCG was responsible for 12 of the 38 documented incidents of arrests of Christians or raids on their homes or house churches in 2021.”

In Iran, chants of “Death to Israel’ are furiously repeated during pro-regime demonstrations. That’s why accusations against Iran’s Christians as “Zionist enemies of the state” are so disturbing. A recent USCIRF report, focusing on Iran’s mis-information campaign against religious minorities explains:

Propaganda against Christian converts is often disguised as anti-Zionism, and Christian converts are regularly referred to as members of a ‘Zionist’ network. The reference to Zionism in this context does not refer to specific allegations of links between Christian converts in Iran and the state of Israel. Instead, it should be understood as describing a broad conspiracy in which evangelical Christians across the world promote political viewpoints that serve Zionist ideology.

In a recent case, highlighted by Christian advocacy group Article 18, a lawyer who helped save a pastor from death row a decade ago is now imprisoned alongside him. It illustrates the convoluted tactics the regime uses to sabotage the lives of its perceived enemies.

Mohammad Ali Dadkhah defended Yousef Nadarkhani against a 2010 death sentence for “apostasy,” of which he was eventually acquitted in September 2012. But even before his client’s acquittal, Mr. Dadkhah had himself been sentenced to nine years in prison and a 10-year ban on practicing law or teaching at universities – for “propaganda against the regime” … Mr Dadkhah was freed on parole the following year, but nine years later, his case has been suddenly reopened, and he is now back in prison, alongside his former client, who is himself serving a new prison sentence for “organizing and propagating house-churches” and “promoting Zionist Christianity.”

Meanwhile, as the Rushdie cases confirms, the regime’s harassment of “enemies” doesn’t stop at Iran’s borders. Philos Project recently released “The Invisible Jihad: The Treatment of Christians by Iran Proxies.”

The Philos report begins, “Iran’s proxy militias in Lebanon, Iraq, Syria, and Yemen have played a significant, though largely unrecognized, role in the dramatic decline of Christians in the region. Guided by the theocratic regime’s vision of Muslim demographic purity, they labored to create conditions that forced the Christians out ...”

Here are some examples drawn from the Philos report:

As exemplified in Rushdie’s recent assault, in the years following Iran’s 1979 Shia Revolution, the unforgiving regime has abused its dissenting population, while reaching across the world with attacks on those who oppose it.

Focusing on Iran does not, of course, diminish the violence of radical Sunni Islamists such as ISIS and the Taliban, who also have contributed to diminishing Christian populations near and far. But because Iran is a nation rather than simply a radicalized entity, it possesses global political and financial influence, vast hidden wealth, and holds active membership in influential global organizations such as, most notably, the United Nations. And as long as it persistently pursues its nuclear ambitions, Iran’s threat to global peace and security will continue to expand.

At the same time, as Salman Rushdie will no doubt affirm, Iran’s catalogue of enemies is never really edited. And all evidence affirms that Christians are very close to the top of the list.