Is There a Problem with Black Children? 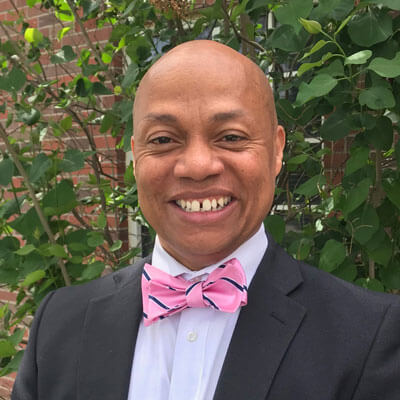 Recent events involving multiple black teenagers and a child, all captured on video, are causing many Americans to ask, “What’s the problem with children today?” This question is quickly followed by, “Where are the parents?” In culture, I’ve witnessed a recurring theme in many predominately black communities: young black children, some as young as six years old, playing outside long past appropriate bedtimes. Many of these kids involve themselves in criminal activity.

The freedom these children possess to roam the streets at all hours calls into question the commentary of many social activists who believe blacks, in particular, are in danger of being hunted down by police. NBA player Lebron James famously tweeted, “We are literally hunted down every day/every time we step foot outside the comfort of our homes.”

The “we” in James’s tweet directly reference black people. While the facts don’t validate James’s position, with this sentiment in mind — care and concern for black people — I am pausing to ask some specific questions about “we” black people.

Many in Philadelphia are asking questions as news that James Lambert, a black man, was murdered on the street by teenagers. Video surveillance recorded the incident. This story, and others like it, underscore the negative impact and destabilizing environment created for children when parents ignore their God-given responsibility of parental oversight.

On Friday, June 24th, just before 3:00 am, four black teenage boys and three black teenage girls attacked James, a 73-year-old man, hurling objects at him and beating him with a street cone. Lambert received medical treatment at a nearby hospital and would later die of his injuries.

One of the teenagers, a 14-year-old girl, can be seen in the surveillance video giving her phone to a 10-year-old boy. In the video, moments before she picks up a street cone to hit Mr. Lambert, she can be seen checking to ensure her phone records the incident.

The teenagers have been charged with third-degree homicide. If convicted, they could face up to 25 years in prison. The case will be closely monitored by many in days to come.

Before the public could grapple with what happened in Philadelphia, another shocking video emerged, this time from St. Paul, Minnesota. As police officers were executing a search warrant for a murder suspect, they encountered a toddler in his underwear, hurling profanities and hitting the officers as bystanders encouraged the behavior. The viral video captures this disturbing exchange.

The incident in Minnesota happened not far from where George Floyd was killed. Many believe the young child is parroting what he’s heard at home, including the profanity-laced tirade he delivered to the police.

Stories like these are not new and are far too abundant. Furthermore, this behavior is familiar in predominately black communities. After watching these accounts over the years, barring parental intervention, it is easy to imagine what lies ahead for the child.

When we witness the kind of behavior demonstrated in Philadelphia and Minnesota, what’s evident is the lack of male parental supervision. In the absence of this kind of oversight, predicting a child’s future becomes a sad exercise.

This was the case with Latarian Milton. Latarian, who, at age seven, stole his grandmother’s SUV, took it on a joy ride. He was found by police only after he had hit two mailboxes and damaged four other vehicles. As news of the story grew, Latarian became famous for his statement during an interview. When asked why he stole his grandmother’s car, Latarian said, “Cause it’s fun to do bad things. . . . And, I wanted to do hoodrat stuff with my friends.”

The response to Latarian’s statement about doing hoodrat stuff grabbed the attention of MTV executives who promoted the seven-year-old on their show. Latarian would eventually have a cartoon image made of him as a feature on the animated show called “The Boondocks.”

The initial incident happened in 2008. However, Latarian would be a familiar face to police, and one could predict what would happen next. A decade later, in 2018, a 17-year-old Latarian was arrested and back in court, facing a carjacking charge.

Stories like these involving children are particularly heart-breaking. The consequences of their actions have a lasting impact on their lives. While the ethnicity of the children is irrelevant to the heinous nature of the behavior, it’s hard to ignore the high percentage of black children and youth involved in this kind of activity.

Worse, no one is allowed to talk about it. Any inquiry related to the underlining issues will be met with charges of racism. Furthermore, ideologies like Critical Social Justice have promoted the narrative that blacks are oppressed by a cultural hegemony (white people) who create laws to subjugate people of color. These ideas encourage criminal activity as theft is viewed as reparations for century-old offenses never committed against those benefiting.

So, my questions are these, “Is there a problem with black children? Or are black children the mere victims of a system built on racism?” And finally, “What role does one’s melanin play in determining behavior?”

The obvious answers to these questions should be “no,” “no,” and “none.” However, the question remains, “What’s happening?

It’s no secret that 72% of black children are born to unwed mothers. This percentage is higher than any other ethnic group. Studies have shown a direct correlation between single parenthood and poverty rates, behavioral issues, drug usage, and sexual promiscuity.

Furthermore, when a father is absent from the home, the prospect of high school dropouts, teenage pregnancy for daughters, and suicide all increase. The support fathers provide to strengthen the family is enormous.

Unfortunately, only 27% or one in four black women are married. This statistic is partly due to the messaging aimed toward young black girls, taught by their mothers that a man (a husband) is unnecessary. Many black girls are taught from a young age that they are “Divas” and “Queens” and that they don’t need a man to make it. Many young black women have heeded this message.

While marriage may not be on the table for many, having children with numerous fathers is. A Michigan research study by demographer Cassandra Doriusby reflects that while one in five American women have children with multiple fathers, a staggering 59% of black women (six in 10) have multiple baby daddies.

Add to these statistics other cultural factors, the promotion of degrading hip hop music, the rise of a pornographic culture, and the celebration of criminality, and the black single parent is at a grave disadvantage in the stand against the culture. Children in this environment don’t stand a chance. While it’s true that the children I mentioned earlier are responsible for their actions, a lack of proper parenting is directly responsible for what happens in these cases.

Culturally, we’ve been told never to air our “dirty laundry” to others. My response? That’s part of the problem. This code has been responsible for keeping many communities of color in bondage to criminality. Even young children can recite the silence code, “Snitches get stitches.” It’s time for all of us to be honest, and face problems.

There will be those who will say, “yeah, but” and “what about” as they provide commentary about other groups suffering similar circumstances. This tactic is done to avoid accountability. Sinful behavior is not unique to a specific people group. However, immoral practices produce detrimental outcomes for any group of people regardless of melanin count. Examining these harmful decisions while simultaneously suggesting a biblical solution is a loving act that all should welcome.

Finally, there will be those who respond by saying, “We all have a responsibility for what’s happening. We all need to step up and ‘do something.'” Well, that sounds good. It appeals to one’s emotions. However, the truth is, the problem lies with the person(s) choosing to lie down, have sex, and irresponsibility ignores God’s order of marriage and family. While men and women share responsibility for the children they create, single women must consider that they will pay a much higher price for engaging in illicit behavior.

Yes, there is grace, mercy, and forgiveness for sin. However, the ultimate responsibility for out-of-wedlock children and the challenges that come with them is the responsibility of their parents.

Therefore, before choosing irresponsibility, think about the consequences. No one owes you anything. When you experience the provision of someone’s help, recognize it’s a grace from God that you do not deserve, and be grateful.

From the time of the fall (Genesis 3), mankind has rebelled against God’s perfect design. However, from the beginning, God ordained the institution of marriage and family. Scripture reads, “Therefore a man shall leave his father and his mother and hold fast to his wife, and they shall become one flesh” (Gen. 2:24). In Genesis 1:28a, we read, God blessed them and said to them (Adam & Eve), “Be fruitful and increase in number; fill the earth and subdue it.”

The Bible provides excellent instructions for marriage and family. Furthermore, the proper training of children is evident throughout the Scriptures.

In our rejection of God’s word, we’ve abandoned his instructions, thereby destabilizing the intended foundation of marriage for children. The results are devastating for kids. And the implications are repeatedly reflected in news headlines. There will always be challenges with kids, black, yellow, red, and white. However, as adults, we must follow God’s plan and prayerfully proceed to what’s next.

This article was originally published by G3 Ministries.

Virgil Walker is Executive Director of Operations for G3 Ministries, Co-host of the “Just Thinking” Podcast, Falkirk Fellow, and passionate about helping people think for themselves.