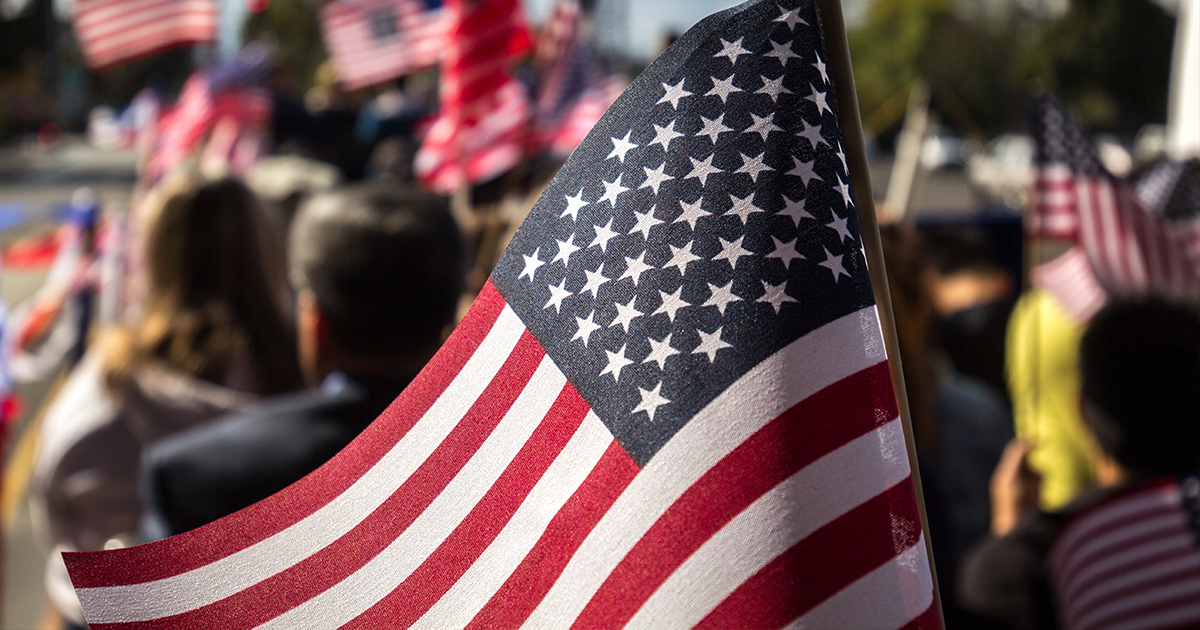 It’s Okay to Be Grateful for America

It’s Independence Day again, but not everyone is excited about the 4th of July. A California school board member sparked controversy when she called for a boycott of the 4th of July. The Black Wall Street Times ran an editorial with a headline that read “The United States Doesn’t Deserve to Celebrate the 4th of July This Year.”

The sentiment that America is not worth celebrating is not new. Small but growing calls to boycott have almost become part of the tradition for holidays like Thanksgiving and the 4th of July. And the truth is, America does have problems. Even if we disagree about what the biggest problems are, the fact that America has issues is one of the few things everyone agrees on.

But one of the emerging problems in America is the idea that it’s inappropriate to be grateful for something until it has been perfected.

The fact is, Americans live in the most prosperous nation in the most prosperous time in human history. It doesn’t matter which side of the train tracks you live on, who your parents are, or what color you are, being an American is a privilege. Despite the challenges, we remain freer than almost everyone who came before us. We have a standard of living that was unimaginable even 100 years ago. Even in challenging economic times, most of us still have the luxury of complaining about internet speeds and coffee orders. Yet, we still have the nerve to ask, “Is America Still Worth Celebrating?”

The war on gratitude is being conducted in the open. In many classrooms, Manifest Destiny and American exceptionalism have been replaced by the 1619 Project in the hope that America will not be defined by our belief in inalienable rights but by the sin of chattel slavery. Even our highways, Transportation Secretary Pete Buttigieg is quick to point out, are racist.

Rather than celebrate our history we are told to atone for it. So, we tear down memorials, rename elementary schools, and replace Columbus Day with Indigenous People’s Day. While it seems unreasonable to suggest we should only celebrate perfect countries or perfect people, it is unclear which mistakes make one unforgivable rather than merely imperfect. Even Abraham Lincoln’s statute was torn down in Portland, Oregon.

A few years ago, Colin Kaepernick was asked to explain why he knelt during the national anthem. More recently, athletes are forced to explain why they do not kneel. Doesn’t everyone realize how bad America is?

It seems some of us think we should not be thankful until all the bad things have stopped, but when will that be?

It isn’t that anyone believes gratitude is inherently wrong. The new rules allow you to be thankful for your mother, just not your country. When the goal is to fundamentally change something, you can’t have people appreciating it as it is.

This is part of the reason some progressive politicians have difficulty stopping rioters who burn their cities and thieves who loot their businesses. We aren’t supposed to believe our systems and structure are worth defending. They fear being one of the oppressors. Calls for civility, kindness, and understanding are their own form of oppression because they serve the purpose of the systems that must be overthrown. Do not ask people to be polite because politeness is “whiteness” — its own kind of oppression. These are the rules.

For Americans, it can be a lot worse.

That isn’t because we’re especially smart or more important than the rest of the world. We are trust fund kids living off the inheritance of other imperfect people who did some of the most important work that has ever been done. If that work hadn’t been done, our lives would be significantly worse. That’s something to be grateful for, regardless of who tells you otherwise.