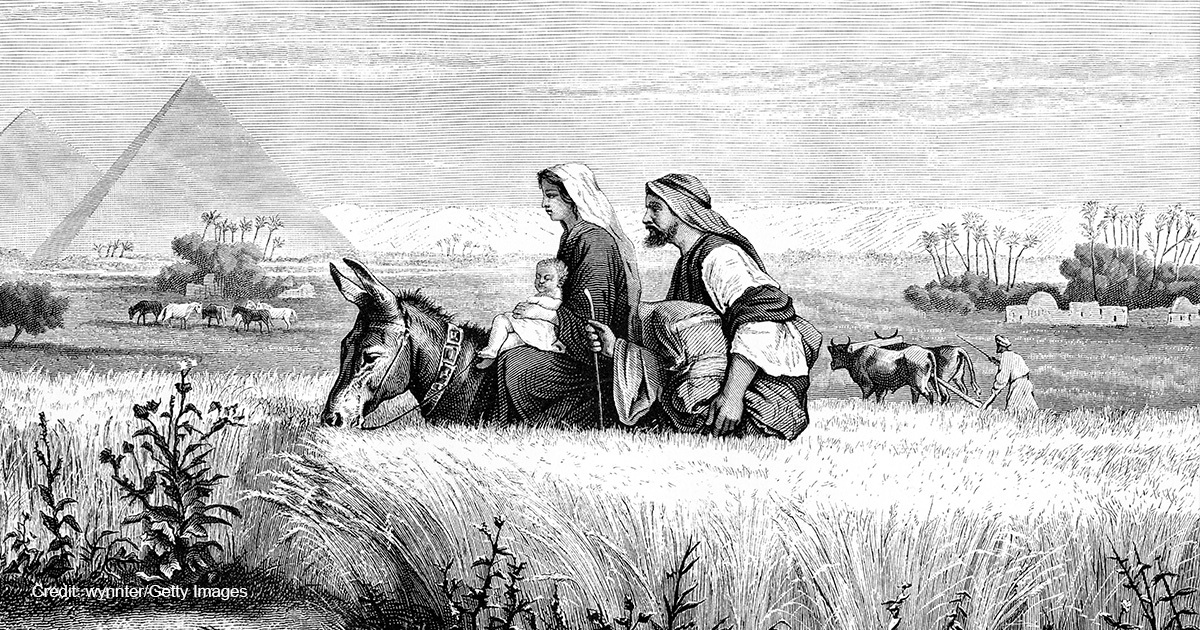 Joseph of Nazareth was a great father.

Matthew, one of Jesus’s apostles, called Joseph “a just man” who wanted to avoid shaming his betrothed. He protected his wife and son when warned in a dream to flee with them to Egypt. He carefully followed the Mosaic Law, bringing his eight-day old baby to the Jerusalem temple for ritual “circumcision and purification.” They “went to Jerusalem every year at the Feast of the Passover” in obedience to God’s command in Exodus 23. And, like Joseph, Jesus was a skilled craftsman, a trade He had learned from his father.

Joseph was not Jesus’s biological father. Jesus’s virgin birth, explained early in Matthew’s gospel, was not only one of the greatest miracles in human history. It was also Joseph’s willing entry into fatherhood, a role he assumed without hesitation. His adoptive son Jesus was fully human and fully God, eternal deity and sinless humanity in one person.

It is hard to fathom the adoption of God’s own Son. Joseph’s overwhelmedness must have been augmented by an inexpressible joy. He had been chosen to father the most extraordinary child in history, a privilege and responsibility so immense that we can only assume Joseph spent a fair amount of time in prayer, gaining callouses on his knees to match those on his carpenter’s hands.

Apart from the handful of references mentioned above, we don’t know a lot about Joseph. But we can see in them a pattern of obedience to God, concern for his family, and the complete embrace of the tiny baby Who came to him in Bethlehem — an embrace which included adopting Jesus as his own.

The obligations of Jewish fatherhood are spelled out clearly in Moses’s law. Deuteronomy 6:4-8 are emphatic about the duty of parents to teach God’s law and the need to love Him fully. It was to be their one great parental duty, whatever the circumstance, wherever they were.

We also know that fathers were to “give good gifts” to their children (Matthew 7:11) and discipline their sons because they “delight” in them (Proverbs 3:11-12). In other words, if a dad loves his son, he will wisely correct him in order to guide him into a godly and healthy pattern of life.

The apostle Paul cautions fathers not to be so firm with their sons that they “rouse them to anger” (Ephesians 6:4), but, as instructed in Deuteronomy, to “bring them up in the discipline and instruction of the Lord.” Paul also says that any man who fails to provide for his family “is worse than an unbeliever” (I Timothy 5:8). This is consistent with the many places in Scripture where work is commanded as a good, noble, and necessary thing.

While Joseph was not, like his adopted son, sinless, the biblical evidence is that he was faithful, engaged, and consistent. Sadly, too many of the men of our day fall far short of this standard.

According to the U.S. Census Bureau, “More than a quarter of the 121 million men in the United States are biological fathers of at least one child under the age of 18.” Yet as of 2014, the last year reported by the Census Bureau, 20.2 million children are living in homes without a dad.

There is so much to say about all of this, including the need for solid, loving, and faithful marriages, but Scripture offers us a clear glimpse into the kind of fathers men should be.

Consider the story of the prodigal son. When the boy returned, the father knew his son, tattered and broken, so well that he recognized the young man “while he was still a long way off.” Instead of anger or disgust, the father “felt compassion, and ran and embraced him and kissed him.” The repentant son confessed his sins against God and his father, “But the father said to his servants, ‘Bring quickly the best robe, and put it on him, and put a ring on his hand, and shoes on his feet. And bring the fattened calf and kill it, and let us eat and celebrate. For this my son was dead, and is alive again; he was lost, and is found.’ And they began to celebrate” (Luke 15:20-24).

This is the kind of heavenly Father Christians have, One who is generous, loving, and eager to restore.

As to Joseph, his story ends early in the gospels. But the lessons he teaches about fatherhood have resonated for 2,000 years. If you’re a father, ask yourself: Are they resonating today in your relationships with your children?