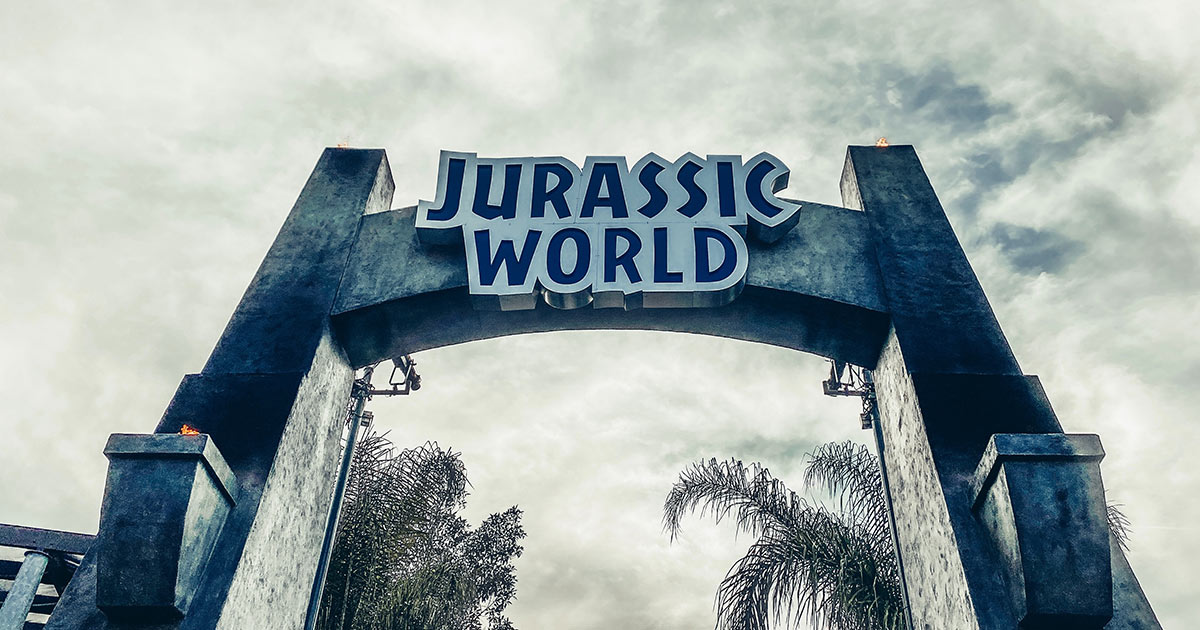 This past weekend, my daughter and I went to see the latest iteration of the “Jurassic Park” film series. It was, for the most part, fun. I even jumped in my seat as a sinister-looking creature with gigantic teeth suddenly confronted one of the heroic anthropologists in a darkened mine tunnel.

Regrettably, there were occasional language issues and implied gruesomeness. Giant reptiles eating people — even if they are the bad guys — has a rather high “yuck” quotient.

But what struck me most was a speech given by one of the leading characters (portrayed with deft hilarity by Jeff Goldblum), Dr. Ian Malcolm. In remarks to an audience of students, Malcolm says, “Human beings have no more right to safety or liberty than any other creature on this planet. We not only lack dominion over nature, we’re subordinate to it and now here we are — with the opportunity to rewrite life at our fingertips.”

This is a profoundly theological statement, one being heard by millions of people here at home and around the world. While many might simply ignore it, this kind of subtle propagandization merits a bit of consideration.

First, human beings are, in fact, different than every other living being. Created in the image and likeness of our God, we have the unique capacity for intimate relationship with Him and with other persons. We can reflect His character unlike any other being. We are stewards of what He has made, exercising dominion over it as God’s vice-regents.

Jesus affirmed our uniqueness. “You are of more value than many sparrows,” He told His disciples (Matthew 10:31). A bit later, He declared to them, “Of how much more value is a man than a sheep!” (Matthew 12:12). Scripture also teaches that we possess the moral right to use “other creatures” for food (Acts 10:11-13). Jesus Himself prepared the disciples a meal of charbroiled fish (John 21:9)! In sum, contrary to Dr. Malcolm, the human right to “safety” and to “liberty” far exceeds that of other creatures — not that we abuse them or thoughtlessly slaughter them, but we can treat them humanely while also utilizing them for nourishment.

Second, as vice-regents — servants of the King exercising authority on His behalf — we are to imitate God’s activity and character. He is creative and wise. He loves both beauty and abundance. We are to be like Him in these things. This is why the Lord commanded Adam and Eve to “fill the earth and subdue it, and have dominion over the fish of the sea and over the birds of the heavens and over every living thing that moves on the earth” (Genesis 1:28). These words imply labor: Tilling the soil, harvesting grain, mining ore, and then refining it and turning it into useful products — these and a thousand other things were obligations God gave us prior to our fall into sin. To exercise dominion over God’s creation and subdue it connote arduous work and wise use, not exploitation or predation.

We are not “subordinate” to the natural world. We exercise care while engaging it, certainly. Pretending a wild lion is a friendly kitty would be less than prudent, and commanding a mighty river to stop would be an exercise in pure stupidity. But we can both enjoy lions (from a distance, that is) and protect ourselves from them, and we can use rivers to provide hydropower, ship goods, and gather fish.

Third, Malcolm warns against the unethical use of new technologies. “Nobody knew what to expect with genetic engineering,” he reminds his audience, “but they pressed the button and hoped for the best, just like you are doing now. Yep. You ... you control the future of our survival on planet earth. According to you (students) the solution is genetic power, but that same power could devastate the food supply, create new diseases, alter the climate even further. Unforeseen consequences occur and every time, every single time we all act surprised.”

Well, he’s right. Certain technologies should simply not be used. Nuclear energy provides tremendous benefits when carefully monitored, but nuclear weapons should remain “on the shelf.” Yet by what standard does the good doctor measure ethical behavior? He rejects a self-revealing God Whose moral standards are clear and permanent.

As to the kind of genetic engineering Malcolm warns of, there is no more potent risk than the genetic re-engineering of human beings. For example, in 2020, scientists employing CRISPR-cas9 “gene-editing technology in human embryos to try to repair a gene that causes hereditary blindness found it made unintended and unwanted changes, frequently eliminating an entire chromosome or large sections of it.” Dr. Jennifer Doudna, co-winner of the 2020 Nobel Prize in chemistry for her groundbreaking work in developing genetic editing, is deeply concerned about the implications of the technology she has helped introduce. In an interview following her award, she said, “The main challenge in embryo editing is not scientific … but rather ethical. What does it mean to give medical consent to a procedure that will impact not only your child but future generations?”

Finally, Malcolm’s solution is a reflection of hopeless aspiration. “In order to instigate revolutionary change,” he concludes, “we must transform human consciousness.” He does not suggest any way to think or behave with greater morality or wisdom. Nor can he. His blindness to man’s sinful nature prevents this. And his passive rejection of the only One who can transform the heart and mind of any person speaks more loudly by its omission than anything else Malcolm says, at least to those with ears to hear.