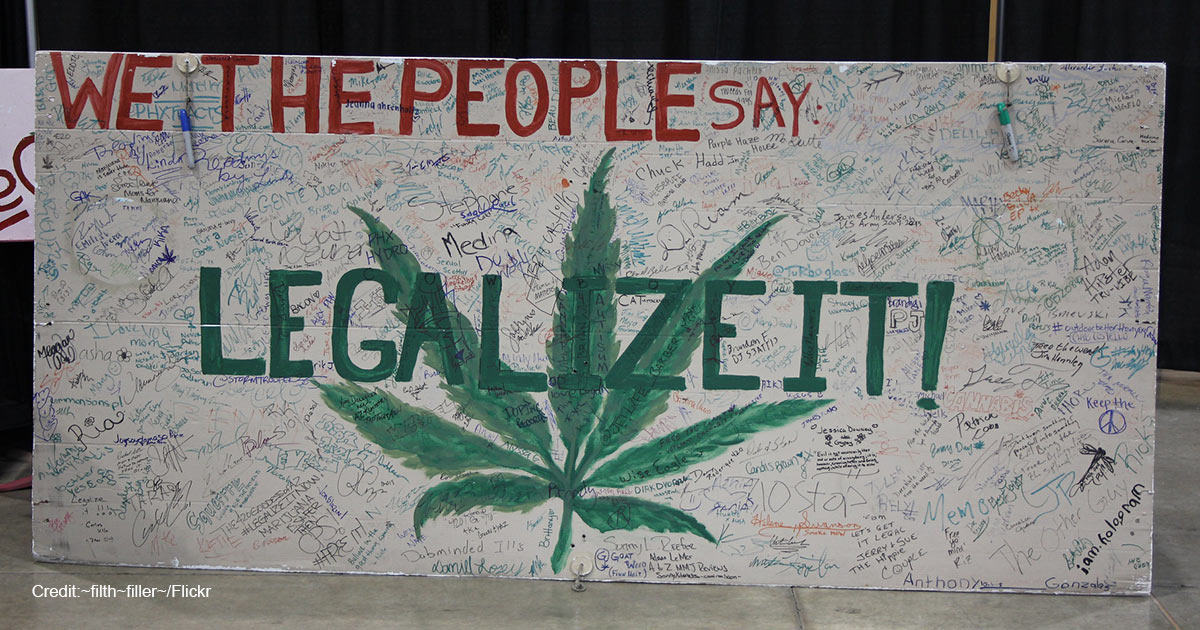 Marijuana Legalization Is on the Ballot in Five States, But Should Voters Be on Board?

Given the fall of Roe v. Wade earlier this year, much of the mainstream media’s focus this election cycle has been on abortion, including the many abortion-related, state-level ballot initiatives being considered by voters. Understandably so. But there is another important issue that will be voted on directly by the people this November — marijuana legalization. A total of five states — Arkansas, Maryland, Missouri, North Dakota, and South Dakota — are considering ballot measures to legalize recreational marijuana this year.

Marijuana legalization has become surprisingly popular with voters, with a recent poll from Monmouth University finding that 68% of Americans favor the policy. This is likely due to the fact that Americans have become convinced that the drug is safe, non-addictive, and doesn’t pose a serious threat to users. As a recent Rasmussen Report poll found, 57% of Americans don’t think that marijuana is dangerous. Americans seem to be under the impression that the legalization of recreational marijuana will be a net positive for society. But is this the case?

First, it’s important to understand what, specifically, each of these state-level measures would do. Each ballot proposal would legalize recreational marijuana for adults over the age of 21. Arkansas (Issue 4), Maryland (Question 4), and Missouri (Amendment 3) move to amend their state constitutions, while North Dakota (Statutory Measure 2) and South Dakota (Initiated Measure 27) move to amend their state codes. The Dakotas’ measures would allow adults to grow up to three marijuana plants on their property (subject to certain requirements). Missouri’s ballot proposal is the only one that would allow individuals with certain marijuana-related offenses to petition for release from prison or parole and probation and have their records expunged. Arkansas’s and North Dakota’s measures move to establish regulatory systems regarding the sale of marijuana, through which sellers must be licensed (Arkansas) or registered (North Dakota) with the state in order to sell the drug to consumers.

While Arkansas’s and North Dakota’s measures seem safer because they establish a regulatory system, it’s important to note that establishing an official, state-sanctioned marijuana industry (as these provisions would do) will likely increase both the supply and demand for marijuana in these states. Although the states’ laws will restrict marijuana consumption to those over 21, the increase in supply in the state is bound to lead to an increased likelihood of the drug falling into the hands of minors. Arkansas’s ballot proposal in particular would deeply embed the marijuana industry within the state, not only allowing marijuana businesses to set up shop, but also opening up new opportunities for the marijuana industry to promote its products through advertisements, billboards, and commercials.

But that’s only the beginning. There’s evidence to suggest that marijuana legalization can result in an increase in traffic fatalities. The CDC reports that marijuana is the second substance most associated with impaired driving after alcohol. Colorado legalized marijuana for recreational use in 2013, and since then, the state has seen a 138% increase in traffic fatalities where the driver tested positive for marijuana. Washington, another state that has legalized the substance, saw fatal car crashes double after legalizing the drug in 2012, according to the AAA Foundation for Traffic Safety.

Equally as concerning is the fact that marijuana is increasingly being found to cause serious mental health problems, such as psychosis, among users. This is believed to be due primarily to the drug’s high potency today, compared with decades past. A recent article from the New York Post reports that a San Diego ER is currently seeing up to 37 patients per day due to marijuana use, with the most common symptom being psychosis. Psychosis and the accompanying paranoia can be hazardous to the patient’s own safety and the safety of those around them. The article also shares the story of one teenage boy who tragically jumped to his death from a six-story building after consuming marijuana for years and suffering from acute psychosis.

But supporters of the state-level efforts to legalize recreational marijuana don’t seem focused on these testimonies and statistics. They tout the policy’s projected economic benefits and benefits to law enforcement. Arkansas’s Issue 4 and Missouri’s Amendment 3, for example, would place a tax on the drug, the revenue of which would go to law enforcement and other state entities and programs.

New Approach, the campaign behind North Dakota’s Statutory Measure 2, asserts on its website that legalizing marijuana would actually have a “positive effect on public safety,” because it would free up the police to respond to more violent crimes. Missouri’s campaign makes similar claims. But what about the instances where marijuana itself is the cause of the violence and fatalities? Police officers may be freed up from pursuing cases of marijuana possession, but that doesn’t mean that the number of marijuana-related cases will decrease. In fact, that number could very well rise.

This all begs the question of who will really benefit from such a policy, and the answer is simple — the marijuana industry and those who run it. The same people who assured Americans of the safety of nicotine are now pushing a new, dangerous drug for the same reason as before — profit. Some are sure to benefit financially, but at what cost to others?

Voters in Arkansas, Maryland, Missouri, South Dakota, and North Dakota should contemplate this when heading to the polls.