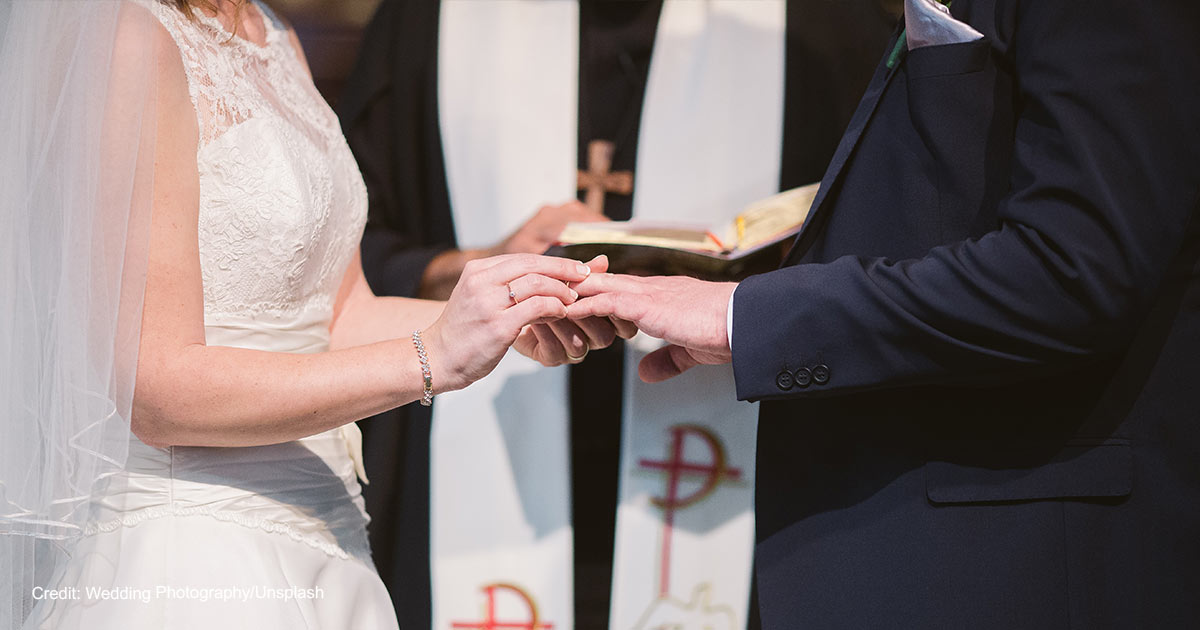 Marriage Is an Institution We Must Not Give Up

With Congress set to vote on the Democrat-led Respect for Marriage Act, a bill that would redefine marriage, there is ample cause for concern about the many consequences that might arise. The potential repercussions — both anticipated and not yet seen — make way for a longstanding argument: that we should not be quick to burn down the institutional structures passed down to us through the ages.

Different groups have expressed concern about what would come from Congress’s redefinition of marriage. Should the so-called Respect for Marriage Act pass, religious universities note the possibility of frivolous lawsuits that will be enabled. One child rights activist contends that the bill would be “legislatively cementing the mother- and father-loss that the Supreme Court’s Obergefell ruling endorsed seven years ago.” And despite reassurances to the contrary, the rhetoric from LGBT activists hints that polyamory and polygamy will be on the rise following the redefinition of marriage.

Religious freedom is most pointedly at risk. Roger Severino writes at The Daily Signal, “Tolerance and mutual understanding are not achieved by putting people who believe in man-woman marriage on the same plane as people who reject interracial marriage. That is precisely what the Respect for Marriage Act would do, despite no appreciable risk of same-sex couples’ losing any legal status or benefits.”

Marriage is foundational to family life and to society and has been widely affirmed throughout human history. Even the Universal Declaration of Human Rights (UDHR) signed by the member states of the United Nations in 1948, recognized the fundamental draw towards marriage and its importance for society. Article 16 of the UDHR states, “Men and women of full age without any limitation due to race, nationality or religion, have the right to marry and to found a family.” It further affirms that, “The family is the natural and fundamental group unit of society and is entitled to protection by society and the State.” The UDHR’s language noticeably assumes that marriage is between a man and a woman, using the language of “men and women”; elsewhere it refers simply to “everyone.”

Mainstream culture and the arts paint the notion that marriage offers an essential and beneficial social structure as outdated. The reality is that monogamous marriage — reinforced by government regulation — has contributed to a plethora of positive social developments, including for women and children. Further erosion of cultural and legal norms regarding marriage is something to mourn.

One might consider the principle of Chesterton’s Fence. G.K. Chesterton wrote about institutions handed to us from previous generations — particularly those we don’t understand. He wrote:

There exists in such a case a certain institution or law; let us say, for the sake of simplicity, a fence or gate erected across a road. The more modern type of reformer goes gaily up to it and says, “I don’t see the use of this; let us clear it away.” To which the more intelligent type of reformer will do well to answer: “If you don’t see the use of it, I certainly won’t let you clear it away. Go away and think. Then, when you can come back and tell me that you do see the use of it, I may allow you to destroy it.”

Discarding the definition of marriage between a man and a woman at the urging of activists without fully understanding the good of natural marriage and the consequences of doing away with it would be misguided. But in truth, we do understand the immense value of marriage between a man and a woman and we have seen glimpses of what undermining it will cost us. So, it would be irresponsible and harmful for Congress to redefine marriage. Male and female sexual complementarity simply cannot be equated with same-sex sexual relationships.

Marriage is an institution handed down to us over thousands of years of human society. Before blowing it up, Congress should pause and recognize the many potential costs, and that there are likely to be more that we have not yet considered.