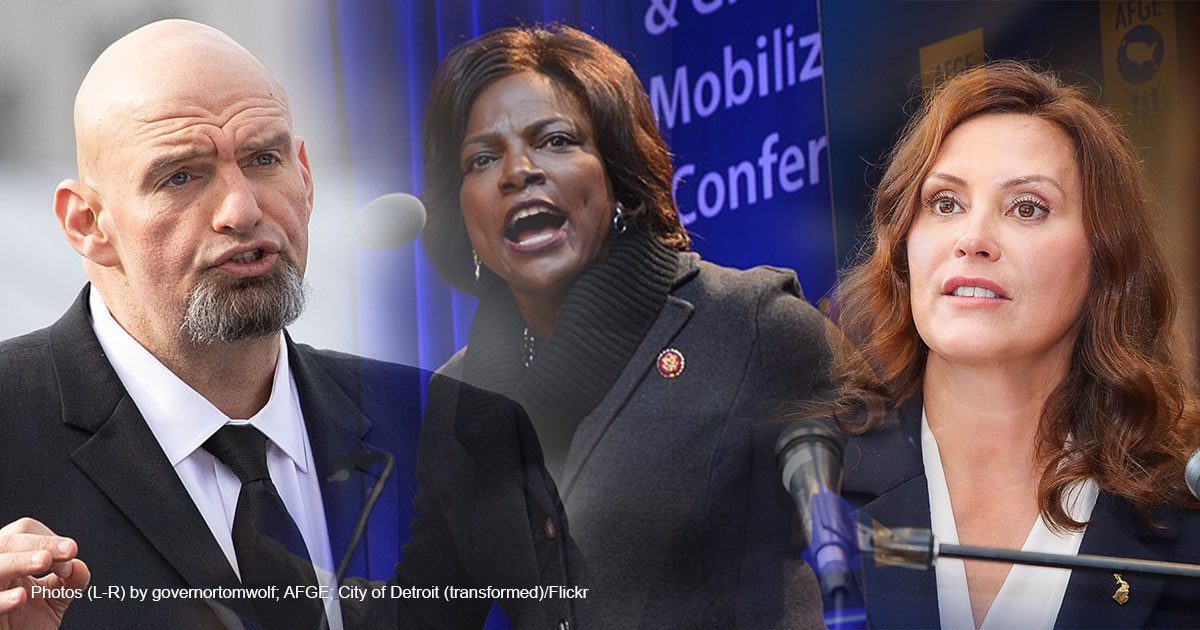 Throughout the midterm campaign cycle, the only policy topic that Democrats have been eager to discuss is abortion. Recent debates have demonstrated, however, that the Democrats’ goal of appealing to the average American falls flat when their abortion extremism is exposed.

In the contentious Pennsylvania race for U.S. Senate, Lieutenant Governor John Fetterman (D) faced off against celebrity surgeon Dr. Mehmet Oz in the only debate of the campaign cycle. Oz approached the issue of abortion in a post-Roe America from a state’s rights angle, saying, “I want women, doctors, local political leaders, letting the democracy that’s always allowed our nation to thrive to put the best ideas forward so states can decide for themselves.”

Fetterman, who made headlines this week for demonstrating the full brunt of his auditory processing struggles after suffering a stroke before the primary elections, summarized his stance on abortion as: “Roe v. Wade for me it should be the law. He celebrated when Roe v. Wade went down and my campaign would fight for Roe v. Wade and if given the opportunity, to codify it into law.”

“Codify Roe” has been the deceitful battle cry of Democratic candidates during the midterm campaigns. Rep. Val Demings (D-Fla.), who is running for U.S. Senate against incumbent Senator Marco Rubio (R-Fla.), has also verbalized her support for the Senate to “codify Roe in federal law.” In her recent debate against Rubio, however, Demings contradicted herself by saying, “I support a woman’s right to abortion right up to the time of viability.”

American voters would do well to remember that the court case Democrats are citing as the acceptable framework of abortion limitations was, in fact, the case that unleashed abortion on demand through all nine months of pregnancy in the United States. When Democrats point to Roe v. Wade as the framework for acceptable limitations on abortion, they are either exposing their own ignorance about what Roe actually did or exposing their own abortion extremism.

Rubio offered a strong defense of his pro-life ethic in opposition to Demings, defending his support of Senator Lindsey Graham’s (R-S.C.) 15-week protection for life: “You talk about Lindsey Graham’s bill. That’s a four-month ban. The extremist on abortion in this campaign is Congresswoman Demings. She supports no restrictions, no limitations of any kind.” Rubio’s point was unmistakable: the Democratic position on abortion is the extreme one.

Meanwhile, in Michigan, incumbent Governor Gretchen Whitmer (D) and challenger Tudor Dixon debated on Proposal 3 — a radical ballot initiative that Michigan voters will consider in November. Whitmer claimed that Prop 3 was merely about her goal to “enshrine Roe into law.”

Dixon countered by explaining, “It’s unfortunate that we’re not being honest about what Proposal 3 is. … We know that Proposal 3 does remove parental consent. It also makes it so that you don’t have to be a doctor to perform an abortion.” Dixon concluded by affirming, “There’s no more extreme position than Governor Whitmer’s on abortion.”

On the topic of taxpayer funding for abortion, John Fetterman enthusiastically affirmed that he would support directing taxpayer dollars to funding abortion tourism for women who live in states that have protected life. In a NowThis News special earlier this week, President Biden similarly showed support for designating federal funds to cover costs like taking time off work and obtaining childcare for women who live in pro-life states. These proposals are all gross violations of the federal Hyde Amendment which clearly prohibits the use of taxpayer funding for abortion.

Polling indicates that Democratic abortion extremism is drastically out of touch with the average American. Seventy-one percent of Americans support legal limits on abortion, and over half of Americans opposed taxpayer funds being used for abortion.

Voters should not be surprised to see that Democratic candidates are rabidly extreme on abortion, given that politicians vote according to their party platform 82% of the time. Repealing the Hyde Amendment and federally funding Planned Parenthood are literally in the Democratic party platform; the platform also does not state a single limit on abortion that Democrats support. As the midterms approach, Americans must consider that electing Democrats means empowering abortion extremism.