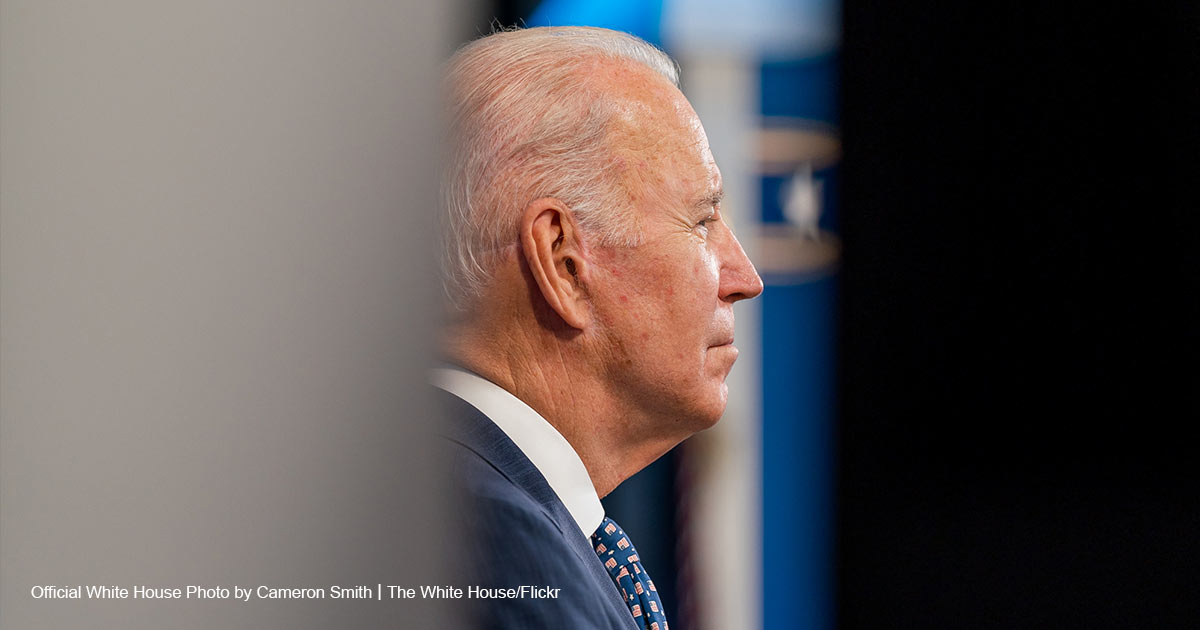 Twenty-six-year-old Dr. Danielle Mathison, an OB-GYN from Texas, shared her concerns with Biden on the state of abortion access in America, insisting that the court’s decision had affected her educational, professional, and personal life.

“With the recent overturning of Roe v. Wade, thousands of people will not have access to the necessary care they need because there will be even fewer trained medical professionals where they live,” Mathison said. “An innumerable number of lives will be at stake. Everybody deserves access to health care.”

She claimed that her university, as well as all universities across the country, will no longer prepare her or her colleagues for “family planning counseling or procedures.” This prompted them to start an off-campus club where an outside professional teaches them how to carry out abortions using papayas, which Mathison said closely resemble uteruses.

Mathison asked the president about his plan to protect abortion after the midterms should the Democrats lose the majority, as some on the Left are worrying. Biden responded by emphasizing that he must maintain the House majority and gain a few more Democratic senators in order for Congress to pass his proposed legislation to codify Roe v. Wade into federal law. He said this would be in contrast to the Republicans, who are trying to take away women’s “right to choose,” referring to Senator Lindsey Graham’s (R-S.C.) plans to present a bill to federally protect life as early as 15 weeks. Biden swore that if the Republican pro-life efforts succeed, he will veto the bill.

“President Biden will be in for a rude awakening over the next two years in the event that Republicans secure a congressional majority and start shifting the focus to alternatives from sweeping abortion expansion bills,” Joy Stockbauer, a policy analyst for Family Research Council’s Center for Human Dignity, commented to The Washington Stand.

Mathison claimed that medical professionals like herself are being hindered from providing women with lifesaving health care, telling Biden, “Pregnancy itself can be a very dangerous and life-threatening condition. … In a state like where I’m from, doctors are often asked to wait for their legal counsel to allow them to perform lifesaving abortions, even in the case of medical emergency — stripping that decision away from the medical professionals and putting it into the hand of lawyers.”

She asked how Biden could go beyond codifying Roe to protect doctors’ decisions for their patients, to which he agreed that the Dobbs decision has caused “a lot of unintended consequences” for medical professionals and women’s health care. Biden urged women in red states to get out and vote to protect abortion.

However, Stockbauer told TWS that Mathison’s claim is faulty. “The assertion that physicians are unable to treat their pregnant patients facing medical complications is entirely baseless. Every single pro-life law in the nation includes language that expressly clarifies that medical interventions taken to preserve the life of a mother are permitted by law.”

In the final few minutes of their discussion, Mathison shared her personal situation with the president. “I had to travel about 600 miles and leave my family behind and spend thousands of dollars to get abortion care for my own very wanted and very loved pregnancy. In the wake of Roe, some companies are offering funding and services for trips like this. Would you support a federal fund for individuals like myself who need to take time off work [and] obtain child care?”

Biden responded with an immediate “absolutely yes,” telling Mathison that he has urged all American companies to provide abortion access for their employees. Maternal mortality affects the poorest in the country, he said, so abortion access affects people based on their socio-economic status.

“President Biden’s assurance that he supports federal funding for abortion travel is incredibly troubling,” Stockbauer remarked to TWS. “It conflicts with the will and values of the American people, 54% of whom oppose using taxpayer dollars to fund abortion. President Biden is well aware of the profound moral objections that many Americans hold toward abortion. He evidently has no problem spitting in the eye of sincerely held religious and moral convictions.”

She stated further that Biden has continued to favor policies that hurt — not help — women. “The president has demonstrated time and time again that he has little interest in exploring or supporting policies that actually promote the interests of women — such as, for example, addressing health care disparities that contribute to the maternal mortality crisis rather than expecting socioeconomically disadvantaged women to simply have abortions.”