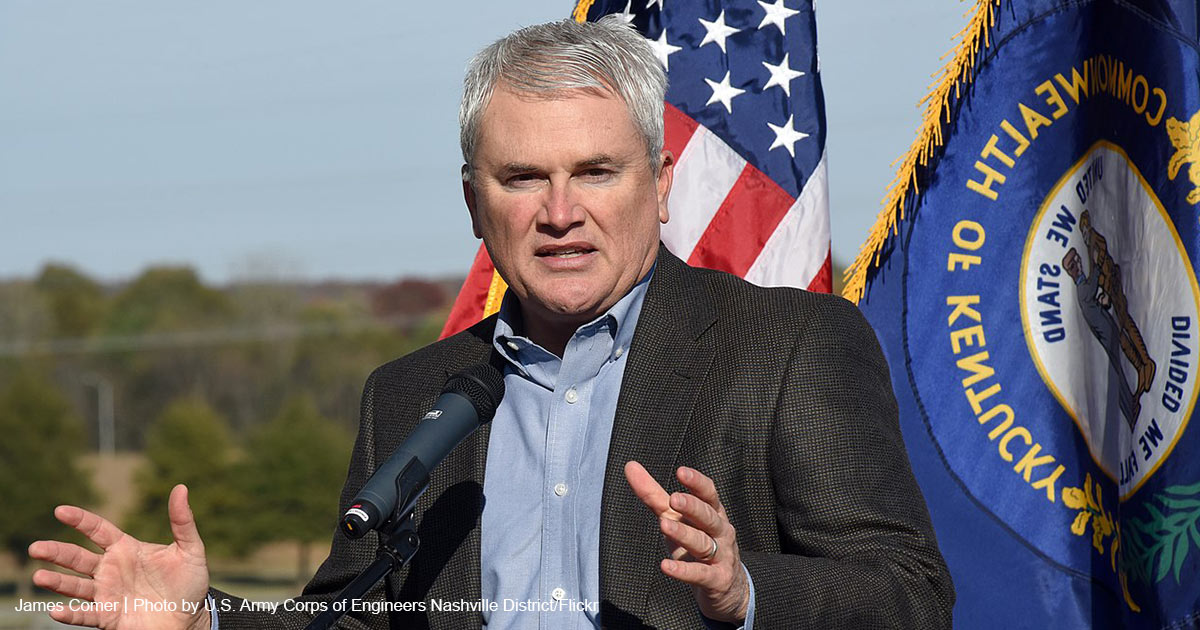 If Elon Musk won’t suppress the news, CBS, ABC, and NBC News are more than happy to. While the Twitter files continue to drip out damning evidence of the company’s pre-Musk bias, three of America’s biggest outlets refuse to cover the story that’s riveting people the world over. In an ironic twist, the media is so beholden to Big Tech that it is suppressing a story about suppression. But don’t think the truth won’t get out, Congressman Pat Fallon (R-Texas) warns. The GOP is weeks away from House control, and no amount of coordinated media blackouts will protect Silicon Valley then.

“Get ready for Republican oversight” was the message of incoming soon-to-be committee Chair James Comer (R-Ky.). Like the rest of his conservative colleagues, he’s ready to dive into the last two years of criminal mismanagement under Democratic rule — on everything from the border and COVID to Afghanistan, energy, and Hunter Biden. But this latest wrinkle, this proof of widescale, devastating, conservative censorship will be priority #1.

Rep. Pat Fallon (R-Texas) may have been unsurprised by the revelations at Twitter, but he’s outraged nonetheless. “…[O]ur worst fears and suspicions have been confirmed,” he told Family Research Council President Tony Perkins on “Washington Watch.” “Really. I mean, you had the head of their legal department, Vijaya Gadde, admitting that the FBI told him, ‘Hey, listen, you’re going to get probably a hack and leak story in October dealing with Hunter Biden. So just be aware of that and take action.’ That’s very troubling.” Add that to the suspicions that Google “magically” made 70% of GOP campaign emails redirect into spam, and Fallon warns that this is a much bigger, more sinister problem than people realize.

“Now we’ve confirmed that Twitter, I suspect Facebook, and other Big Tech firms are doing the same thing. We’ll get them under oath, because they claim that they’re not biased — which I find laughable, being that I’ve been… a victim of their shadow-banning for years. So let’s ask them… and see what they say. And if they want to commit perjury, well, then, they’re going to have to pay the consequences — and then they might do a perp walk after all.”

Perkins pointed out that while Twitter might be a private company, “they’ve become the public square. … They’re like a public utility… like a telephone company. And can you imagine the telephone company refusing to do service with one person because they don’t like their politics? But that’s essentially what we have with Big Tech.” And worse, he explained, since the Biden administration was colluding with these platforms to squelch “disinformation.”

“If you’re on the government clock,” Fallon argued, “… and using taxpayer resources to meddle in politics and campaigning — you’re breaking federal law. And it seems to us [from] what we’ve uncovered thus far, that’s exactly what went on. That’s why another [reason] we need to call some of these former executives and current executives of Big Tech [before Congress and ask], ‘Have government officials [been] pressuring you and telling you to edit political free speech?’”

Asked if Twitter violated election laws, the Heritage Foundation’s Hans von Spakovsky, who served on the Federal Election Commission (FEC) from 2006-2007, replied, “The answer to that is yes.” But, he told Perkins, “In September of last year, the Federal Election Commission, which has authority over investigating violations of our federal campaign finance laws, actually dismissed complaints that have been filed against Twitter — not only for shadow-banning Republican elected officials and candidates, but also for suppressing the Hunter Biden laptop story.”

Twitter executives claimed they hadn’t coordinated with the Biden campaign. But also, von Spakovsky, explained, Jack Dorsey’s team insisted they had “a bona fide commercial reason for suppressing the Hunter Biden story, which was their internal policy against publishing hacked materials.” But now that we know they were lying, the FEC needs “to reopen that file, reconsider the case, and potentially make criminal referrals to the Justice Department for any Twitter executives who committed perjury in their testimony to the FEC,” he insisted. After all, it’s “a potential violation of campaign finance law,” the former commissioner pointed out.

The lawyers who filed the original complaints need to go back to the FEC and say, “You might need to reconsider your decision to close the file based on this newly uncovered evidence,” von Spakovsky urged. At the end of the day, the FEC has civil authority, “so they can impose fines and … penalties on anyone violating campaign finance laws, including a corporation.”

In the meantime, expect an intense, in-depth investigation of Twitter and all of the social media platforms suspected of cracking down on conservative or politically inconvenient messaging. “This is the best $44 billion I’ve seen spent in my lifetime,” Fallon insisted. “I mean, thank you, Elon Musk. It’s like the Wizard of Oz, and he’s pulled back the curtain, and we find that all of our suspicions have been confirmed.”