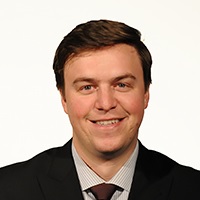 It’s June, and Pride Month is here. Americans who quietly object to the celebration of Pride Month are tempted to feel isolated — or worse, despair at the thought that the America they grew up in is no more. If they look to corporate America, college campuses, the front office of their favorite professional sports team, social media, or most major institutions in this country, they aren’t likely to see their values represented. But a sneak peek at some polling recently commissioned by FRC Action should give fresh hope to those who simply want the freedom to live out their sincerely-held beliefs, their children protected from gender ideology, and corporations to remain neutral in the culture wars.

When asked if they would support legislation to protect people and organizations who support natural marriage from government discrimination, a total of 54% of Americans said yes — including 37% who “strongly support” (13% strongly oppose) such legislation. As an example, this kind of measure would protect Christians in the wedding industry (florists, bakers, photographers) from being forced to use their talents in celebration of a same-sex wedding.

Even more extraordinary is this finding: 61% of Americans don’t think the government should create special privileged classes based on an individual’s self-identified sexual orientation or gender identity — only 15% do. And yet, that’s exactly what President Joe Biden’s “number one priority” — the Equality Act — would do. In fact, 21 states and D.C. have laws on the books that do exactly that.

Politically, this has the very real potential to be a wedge issue in conservatives’ favor. A majority (64%) of white and Hispanic (62%) voters, 50% of Asian voters, and a near-majority (47%) of African-American voters agree the government shouldn’t create special classes based on self-identified categories like sexual orientation and gender identity. Even 51% of Gen Zers, and a respectable 47% of Millennials don’t want these special privileged classes based on sexual orientation or gender identity.

Another line of demarcation in the culture war — gender transition medications and surgeries for minors — shows generous support for the GOP’s position, with 62% percent of Americans saying they reject the idea that minors should have access to these irreversible gender transition drugs and surgeries. That’s great news for states like Arkansas, Alabama, Florida, and Texas, where conservative leaders have taken aggressive steps to stop medical professionals from prescribing hormone blockers, cross-sex hormones, or performing gender reassignment surgeries on minors. If you dig into the poll’s crosstabs, you’ll find a surprising amount of bipartisan consensus: 83% of GOP voters, 66% percent of independents, and 44% percent of Democratic voters agree minors should be protected from these procedures.

An additional bright line appears to be the issue of women’s sports. When asked if biological males should be allowed to compete against biological females in women’s K-12 and college sports, a pronounced majority (61%) disagreed, while just 18% agreed.

Finally, in this barrage of rainbow everything, corporations might want to pump the brakes on their Pride Month marketing projects. A big chunk of Americans (57%) think corporations should stay out of cultural and social issues altogether. Only 23% think it’s a good idea. Even a plurality of Democrats (40% to 38%) think businesses should stick to products, not politics. You might think “Yeah, but young people like the virtue-signaling from Fortune 500 companies.” Believe it or not, you’d be wrong. In fact, most of the Gen Zers (52%), and strong plurality of Millennials (46%), want corporations out of cultural and social issues. Majorities of Boomers (67%) and Gen Xers (51%) agree with the youth.

This sneak peek from FRC Action’s polling could be pointing to a couple of trends, both of which could have a significant political impact. The first possibility is that voters will align with the conservative position on a lot of culture war issues on gender and sexuality if the debate is framed accurately.

The second possibility is that voters are shifting away from the LGBT movement — particularly younger voters — and this trend is irrespective of message. Or it could be a combination of both, as the excesses of the LGBT movement become too much for voters of all ages, ethnicities, and even partisan affiliations.

To be sure, the culture war won’t be settled in a single election. It will take time to win hearts and minds to the truth that we once knew in this country: everyone is deserving of dignity because we are made, male or female, in the image of God, and it was His idea to join a man and a woman together in lifelong marriage for the care and benefit of one another and any children they may have. In the meantime, conservatives can take comfort that they aren’t alone in these beliefs.