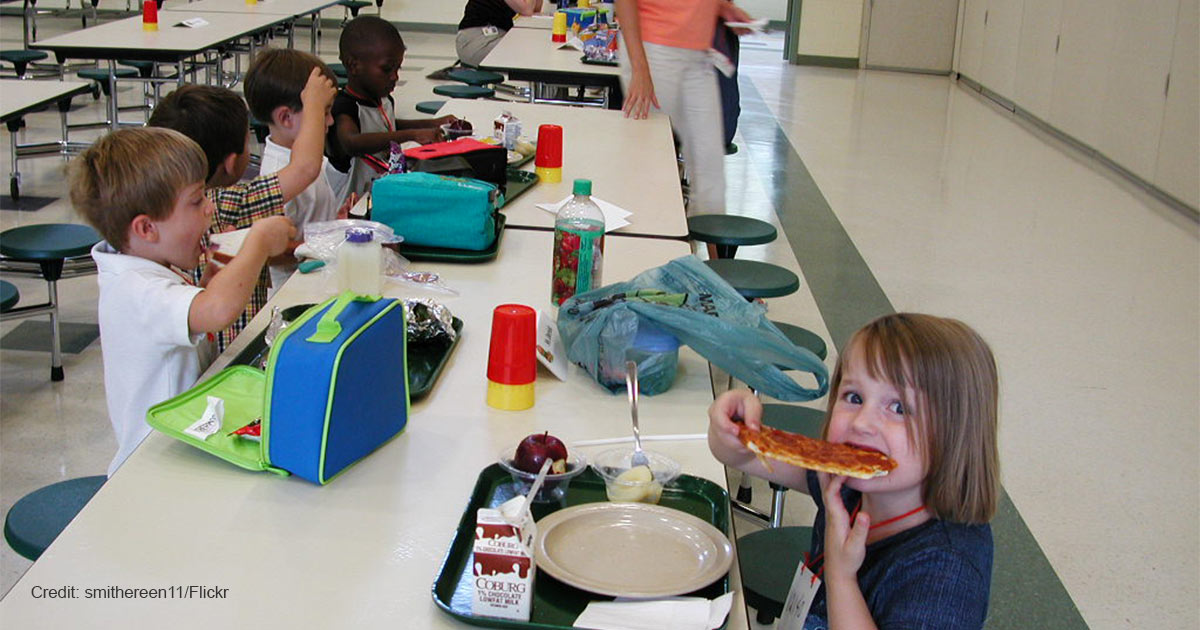 No Appetite for Court? Biden Backs Down on Lunch Threat for Religious Schools

With all of the other fires the Biden administration is trying to put out, tying up a federal agency in court for the foreseeable future probably wasn't an appealing option. That might explain why on Friday, while the media was consumed with news from Mar-a-Lago, the Department of Agriculture quietly cried uncle on an outrageous policy that would have held needy kids hostage to the president’s radical LGBT agenda. At least when it comes to religious schools, children don’t have to worry about the Biden bullies taking away their lunch.

The optics of Biden’s guidance were bad from the start. Until American schools open their bathrooms, sports teams, pronoun policies, dress codes, and locker rooms to transgenderism, the president has vowed to strip away their Federal Meal Program dollars — letting poor students go hungry. Alliance Defending Freedom (ADF), like so many legal experts, saw the rule for what it was: a gross abuse of power and a sick attack on religious freedom. On behalf of a small private school in Florida, Grant Park Christian Academy, ADF filed a lawsuit demanding an exemption. Students shouldn’t be punished, their attorneys argued, for attending a Christian school.

In less than two weeks, Florida Agriculture Commissioner Nikki Fried begrudgingly accepted Grant Park’s application for the meal program — but not before bashing ADF for supposedly “manufacturing yet another fake culture war.”

Turns out, the war wasn’t so fake, and Friday’s “fact sheet” issued by the Agriculture Department proves it. Now, thanks to ADF’s willingness to call the Biden administration’s bluff, the government was forced to publicly “clarify” that “Although [Biden’s rule] applies to a wide array of public and private schools at the K-12 and the college/university level, the law includes some exceptions, including one permitting an institution to be exempt on religious grounds if there is a conflict between Title IX and a school’s governing religious tenets.”

Lawlessness is a convenient way to govern, Barack Obama would agree, until someone challenges you on it. As ADF’s legal counsel, Erica Steinmiller-Perdomo, pointed out on Friday, religious freedom is a fundamental right, and “… it shouldn’t have taken a federal lawsuit” for the Biden administration to recognize that. Unfortunately, the president is so blinded by his LGBT extremism that the Constitution is barely a speed bump on his highway to nationwide coercion.

In an interview with The Washington Stand, Steinmiller-Perdomo reiterated, “Biden has no authority to force schools to follow his radical gender agenda.” And while the Left likes to claim the Supreme Court’s redefinition of “sex” gives them the right to force this ideology on schools, the reality is, that case was about the Civil Rights Act, not education. “Bostock did not address Title IX,” Steinmiller-Perdomo insisted, “and the Biden administration is grossly overreaching in its unlawful attempt to redefine ‘sex’ in Title IX in violation of federal law.” The minute they were challenged, she noted, “officials were quick to respect exemptions they previously ignored.”

While faith-based schools can celebrate the freedom to believe without consequences, children in the public schools are still prisoners of the Biden administration’s ideological blackmail. What hope is there for them?

As Steinmiller-Perdomo explained to TWS, “Public and private schools alike are being burdened by the Biden administration’s unlawful attempt to rewrite agency regulations without going through the proper processes. There is no religious exemption for public schools, charter schools, or secular private schools.” But, she urged, “These schools can and should push back. Under Title IX, as it has existed for the last 50 years, all schools should be able to continue feeding children in need without having to affirm radical gender ideology.” If any school district or family is brave enough, “ADF stands ready and willing to defend the rights of all schools against this government overreach.”