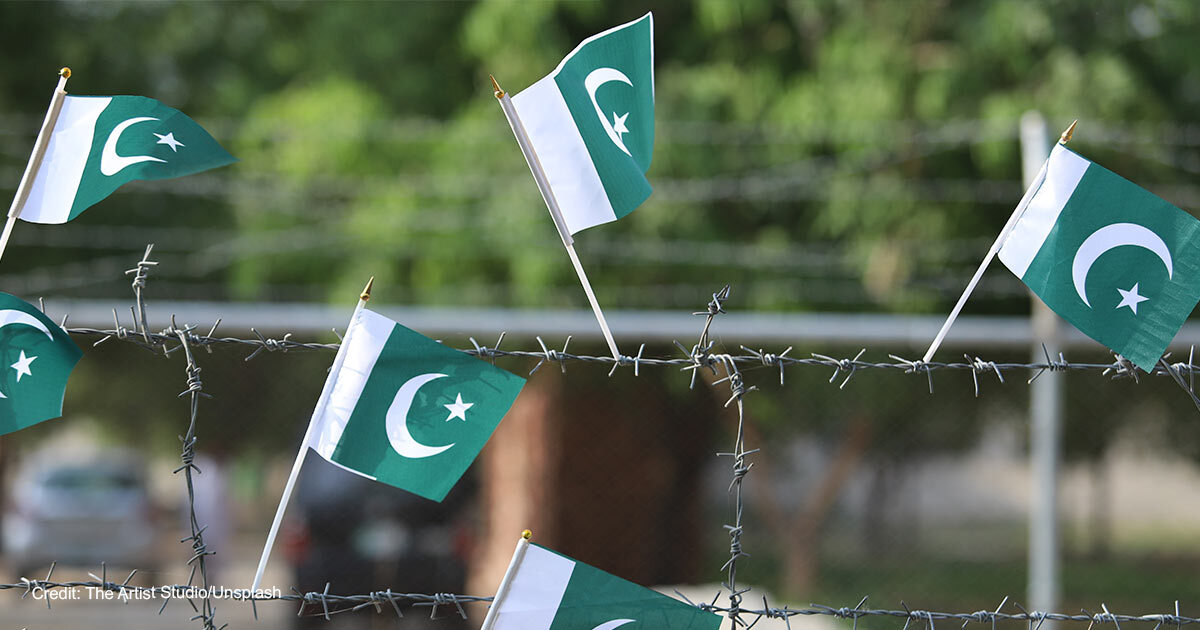 No Explanation but Evil: The Persecution of One Pakistani Christian

The softspoken elderly man sitting across from me in a small room in Bangkok, Thailand certainly didn’t seem like someone who could provoke a raging violent mob against him. Yet, that is exactly what happened to Talib Masih, a Pakistani Christian who was forced to flee for his life.

On July 29, 2009, Talib was attending a family wedding when he drew the attention of several Muslim neighbors. Without evidence, the Muslim neighbors confronted him and accused him of burning pages of the Quran. Though Talib denied the accusation, the men started beating him until two of Talib’s sons pulled him out of harm’s way. The mobs didn’t need evidence, and the claim that Talib had committed blasphemy spread like wildfire in neighboring villages. A local mosque urged those in attendance to kill Talib on sight for his alleged disrespect of Islam.

The following weeks gave way to horrific and deadly attacks against Talib and his Christian-majority village. Angry radicals set fire to at least 47 Christian homes and burned two churches to the ground. Asia News reported that on July 30, 2009, a “crowd of Muslims” “raided the homes of Christians and a group of them tried to stage a sort of public trial to extort apologies from Talib Masih for the act of which he was accused. The crowd then blocked the road connecting Faisalabad to Gojra and the entrance to the barracks of the village firemen, hampering rescue efforts to extinguish fires.” The incident sent Talib and his family fleeing.

The riots continued in Gojra city, another Christian area — this time they were deadly. Dozens more Christian homes were burned to the ground. At least eight people — including women and one child — were killed. Hundreds of radicals brandishing firearms rampaged the area, shouting “Kill the blasphemers!”

The radicals were clear — they wanted Talib dead. So, he went into hiding and was given shelter by a Catholic priest for nearly two years before he left the country. Because Talib was the main target of the radicals, his family stayed behind in an undisclosed location. He made it to Thailand to register for refugee status with the United Nations High Commissioner for Refugees (UNHCR) office in Bangkok.

Talib never wanted to cause problems and could never have imagined that he would be at the center of a blasphemy allegation that would draw international attention. His family was poor, and he worked as a scrap collector at the time of the incident. He’s not an activist; he was simply living out life as a Christian when he was met with irrational hatred from neighbors of a different faith. When I sat down with Talib earlier this month in Thailand, he didn’t have any major requests or political points to make — his feelings were simple: “I really miss my family.”

He speaks with pride of his children, and the pain of being separated from his family is evident. Today, Masih still hopes for resettlement. He is unable to work in Thailand, and health issues make basic tasks more difficult for him. Now, he has a small support group comprised of fellow Pakistani Christian refugees in Bangkok and a local church and ministry funded by Christian Freedom International, an American group dedicated to serving persecuted Christians around the world.

Advocates for religious freedom often distill the main drivers for persecution into categories. These include Islamist ideology, dictatorial paranoia, and secular intolerance among other factors. Such categories help us understand the trends and how the oppressors often justify their actions. But there is an element to the crisis of persecution that cannot be so easily explained and categorized — the spiritual dimension. The absolutely irrational hatred that mobs of rioters had for the softspoken man I met has no earthly explanation that makes sense. It’s just evil.

I took a picture with Talib after our meeting. He seemed touched and flattered to be asked for one, but he didn’t quite smile for the photo. He looks a bit pensive, as if thinking about his family — those he can only see by phone because it’s far too dangerous to step foot in the country in which they still live.

If you can, remember Talib Masih and Pakistani Christians in your prayers. The waves of persecution that hit faithful communities there are intense and unpredictable. Pray that there would be peace between communities, that God would strengthen the faith of Christians to withstand persecution and that He would meet their physical needs.