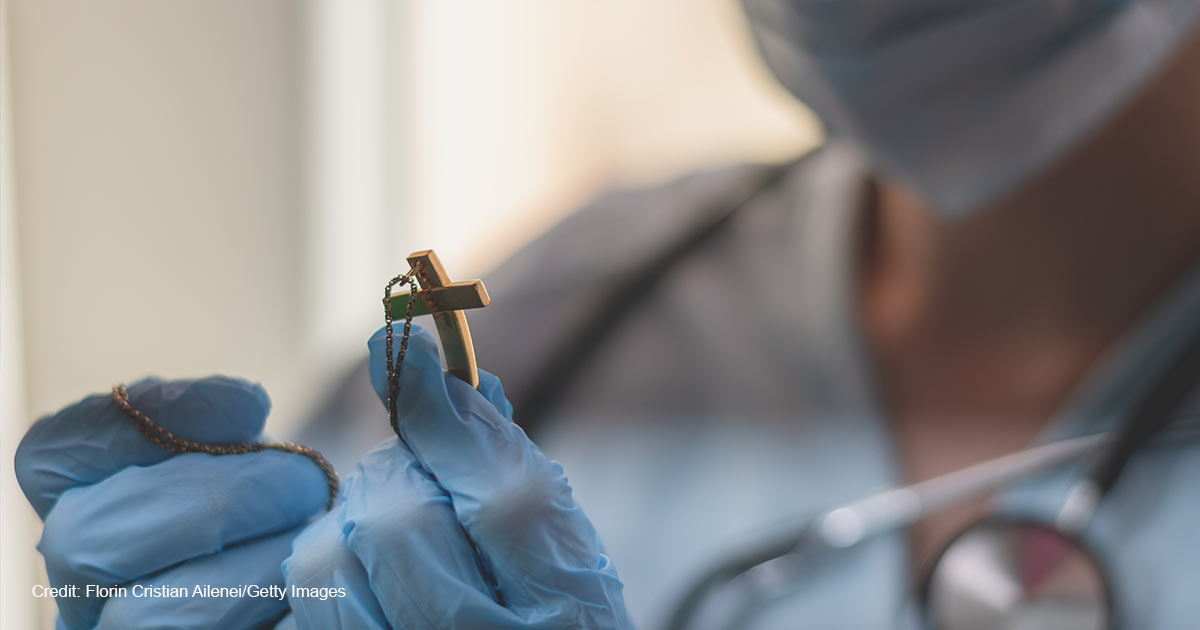 On Wednesday, nurse practitioner Paige Casey sued her former employer, CVS, for firing her simply based on her religious beliefs regarding abortion-causing drugs. Since Roe v. Wade was overturned in June, tensions — and corporate political activism — regarding abortion have been at an all-time high. Casey’s case could be an important indicator of what might happen to corporations that discriminate against employees with a religious conviction that life begins at conception.

When Casey was hired at the CVS Minute Clinic, a medical facility located in Alexandria, Virginia, she was open about her Catholic faith and that Catholic moral teaching prohibits her from facilitating the use of any drug that might cause abortion, including drugs that interrupt a pregnancy like Plan B and Ella. For three and a half years, that didn’t cause any problems. Her coworkers, patients, and supervisors did not take issue with it.

But in January 2022, CVS told Casey that they would no longer accommodate her religious beliefs that prevented her from prescribing drugs that might cause an abortion. After months of attempting to secure an accommodation from HR and her supervisor, Casey was finally fired at the end of March. It was clear that the termination of her employment was due to her inability to sell drugs that she believed to be abortifacients. Casey had been a stellar employee and was even given a merit-based pay raise two days before she was fired.

Casey’s personal stance against abortion-causing drugs did not affect any patient’s ability to receive them from the CVS. Patients would be scheduled with or be served by other nurses at the clinic. The fact that CVS would fire Casey despite a lack of problems caused by her reasonable religious accommodation shows a gross lack of respect for religious freedom and conscience protections at the state and federal level.

Alliance Defending Freedom (ADF), a nonprofit law firm specializing in religious freedom law, will be acting as Casey’s attorney. ADF’s complaint focuses on a section in the Virginia Code (Sec. 18.2-75). Under this “Conscience Clause,” any person covered by this provision who provides a written objection to abortion based on “personal, ethical, moral or religious grounds” may not be “required to participate in procedures which will result in such abortion … ”

Furthermore, the refusal to participate in an abortive procedure “shall not form the basis of any claim for damages on account of such refusal or for any disciplinary or recriminatory action against such person, nor shall any such person be denied employment … ” Casey verbally informed her supervisor of her moral objections to abortion when she was hired and then was asked several months later to submit a written statement regarding her request for an accommodation due to her religious beliefs. She did so without hesitation.

Casey’s lawsuit will put this statute to the test. Kevin Theriot, an ADF attorney representing Casey, indicated that the Virginia statute is largely untried in the courts. He told the Associated Press that was because “very rarely do corporations just come out and fire somebody because of their religious convictions.”

ADF Senior Counsel Denise Harle said in a press release, “Corporations like CVS cannot defy the law by firing professionals who want to work consistently with their faith.” She continued, “Paige had a spotless record of caring for patients, yet CVS decided to abruptly fire her solely because of her religious belief that life begins at conception. Virginia law protects the freedom of everyone to work without fear of being fired for their religious beliefs prohibiting participation in abortion.”

CVS is shameless to fire someone who exercises their religious beliefs regarding abortion. The company seems to be pushing a political position in favor of abortion. Let us hope that justice will be served in the court system and that other companies get the message that violating an employee’s conscience is not an acceptable business practice in the state of Virginia.