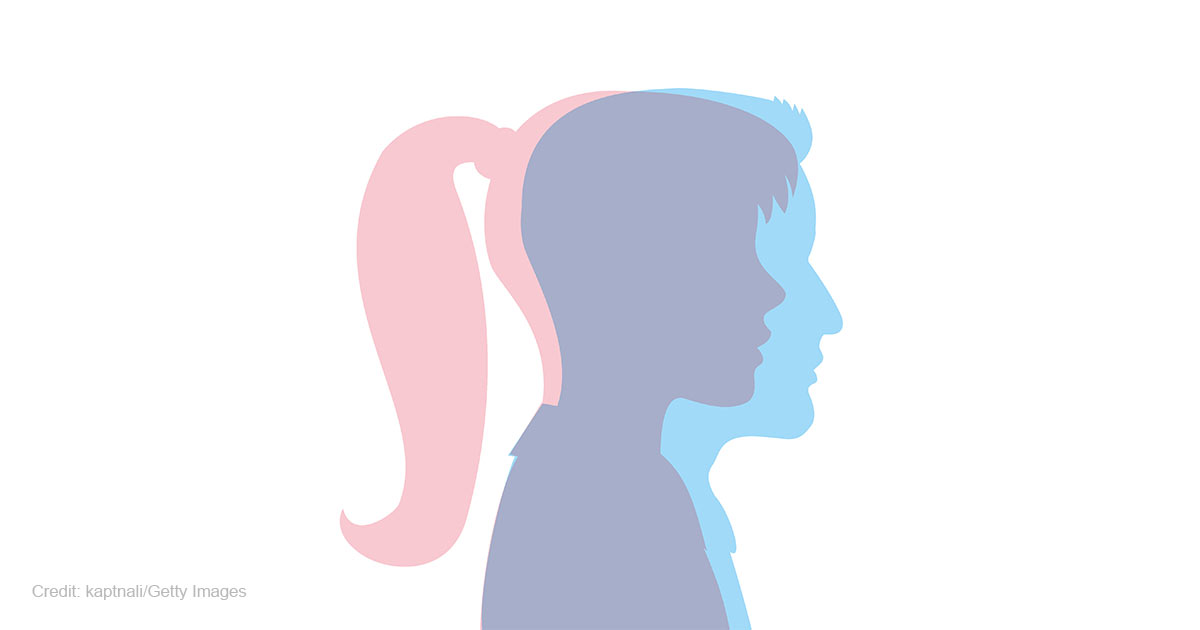 According to Medscape, a respected resource for physicians and other health care professionals, a number of studies indicate that “both men and women are more likely to request a primary care physician of the same gender.”

This should come as no surprise to anyone who has ever had an intimate physical examination or had to disclose highly personal details to a doctor. It’s one thing to tell someone of the same sex about certain issues and an entirely different matter to talk about them with, if you’re a man, a woman, or vice-versa.

In our time, however, this very natural instinct could well become a source of controversy since our culture demands that we abandon exclusively male and female categories and instead embrace a host of self-definitions. While Women’s Health lists 16 gender categories, this is a paltry list when compared with one offered by MedicineNet, which tells us that “besides male and female, there are 72 other genders.”

Were this not so tragic it would be comical. The idea of self-created identity is foreign to the self-evident realities of human biology and morphology, as well as the mundane reality that few men feel comfortable disrobing in front of a woman in an examination room. We know who we are.

Jesus acknowledged that “some are born eunuchs” (Matthew 19:12), a reference to that handful of persons born with ambivalent genitalia and/or persons who are called to celibacy. These men and women are in a tiny minority, however. Overwhelmingly, there is no uncertainty about who is a man and who is a woman.

But let’s assume that, for example, feeling like a woman in a man’s body is a genuine phenomenon. Lia Thomas is a University of Pennsylvania swimmer, who, until this year, “spent the previous three years swimming with the men’s team before she began transitioning to a woman, has created an uneasy environment in the locker room, as she still retains her biologically male genitalia — which are sometimes exposed” and apparently still dates women. Yet Thomas, who was born a man and given the name William, protests that being a woman is his “authentic self” and that he “transitioned to be happy, to be true to myself.”

“Authentic” and “true self” are the shibboleths of the postmodern age. Being “real” is what counts even if to be real one must deny physical and visible reality. What, though, do these mandatory axioms actually mean?

For decades, our elites have told us to quit gender-stereotyping women. According to the United Nations’ human rights office, “Whether overtly hostile (such as ‘women are irrational’) or seemingly benign (‘women are nurturing’), harmful stereotypes perpetuate inequalities.” According to Harvard Business School, “New research identifies one reason women might be shying away from certain professions: They lack confidence in their ability to compete in fields that men are stereotypically believed to perform more strongly in.”

For the sake of argument, let’s agree (although research shows that generally women are more nurturing than men, “hardwired” this way by biology). But these things assume there are characteristics intrinsic to being a woman, things that clearly differentiate a male from a female. How can this argument be sustained if we concurrently claim that maleness and femaleness are matters of how one feels? Or of “authenticity?”

Furthermore, when someone claims to feel like the opposite gender, is that person not saying he or she affirms certain stereotypes which our culture tells us we need to abandon? If Lia Thomas feels like a woman, does that mean makeup, dresses, heels, and lipstick? Does it mean becoming seductive or flirty, walking differently than a man typically does, taking hormones to elevate his voice? Does it mean adopting a more nurturing and empathetic persona? If so, do not these things encourage the very stereotyping that women have worked so hard to overcome?

And if not, what does “feeling like a woman” mean? We could take the “I am not a biologist” dodge employed by now-Supreme Court Justice Ketanji Brown Jackson when asked the metaphysically obvious question, “What is a woman?” But this is not just dishonest; it is incoherent. If we cannot define what a woman is, how can we defend rights uniquely associated with her? Rights pertaining to employment, political participation, physical protections, etc.?

As I teach and observe college students, I see some young women dressed in tee-shirts and shorts. Others wear skirts and bangles and thick eyeliner. There are young women in ankle-length denim skirts and discrete head coverings and others with multiple piercings and hair the shade of which has not yet been found in the color spectrum. Still others are most comfortable in backward baseball caps and hoodies. As to body types and facial structures, they are different in a host of ways. But they indisputably are women, and would reprove you, in no uncertain terms, should you question this.

Cultural incoherence means social chaos. And no chaos can be long maintained. At some point, order will be imposed. The question for our time is, who will do the imposing? Will it be in the form of the larger culture saying, “Enough — a man is a man and a woman is a woman.” Or will legal requirement and elitist insistence surmount reason and biological reality and place all of us in a straight-jacket of Oz-like absurdity?

Christians need to love everyone enough to affirm their God-bestowed value and dignity as persons made in His image, while caring enough not to submit to the distortions of such in the name of compassion. This will require grace, truth, wisdom, and courage. May God grant that we should have it.