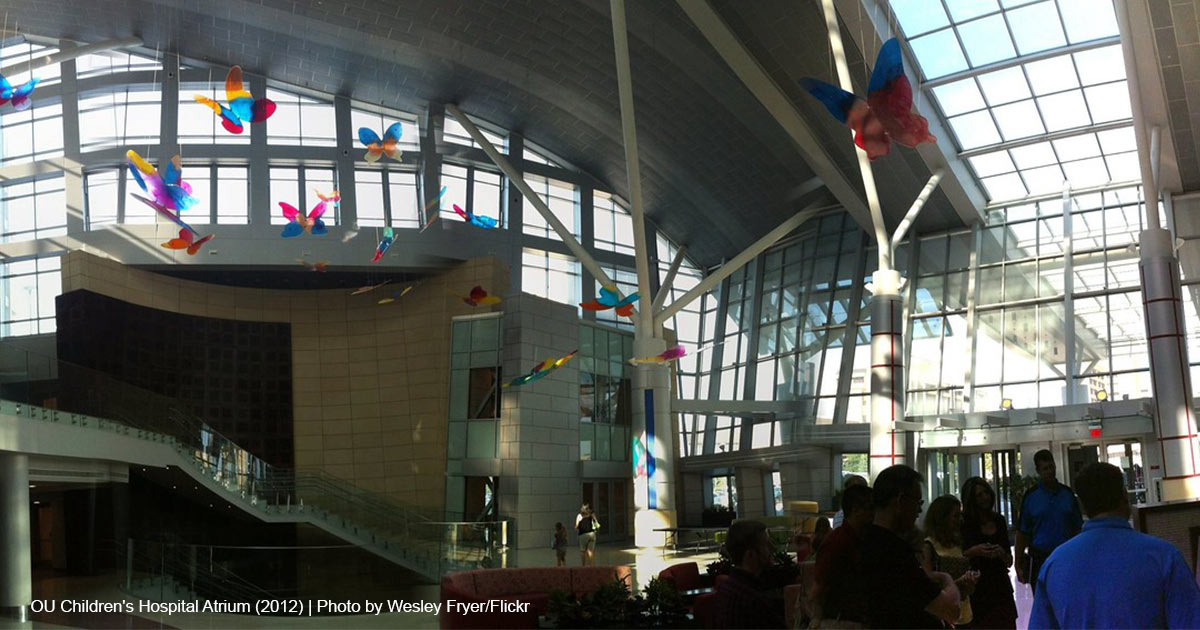 Oklahoma Not OK with Hospital Experimentation on Children

When Oklahoma leaders descended on the state capitol this morning, there were plenty of things on their special session to-do list. But none got more attention than the bullseye Republicans are painting on the University of Oklahoma health system. Like a lot of states, the Sooners were horrified to learn that the OU Children’s hospital is actively promoting transgender surgery and hormones to children. But thanks to the legislature’s conservatives, that’s all about to end.

Before lawmakers even got to Oklahoma City, the majority party’s intentions were quite clear. Under new language just approved by the Oklahoma House Conference Committee, HB 1007 warns: the university can either scrap its transgender treatments — or kiss $39.4 million in federal stimulus dollars goodbye.

The funds, which are one of the main reasons the legislature is reconvening, will come with new strings that explicitly state not a single cent may be “budgeted or expended” for the benefit of any university hospital facility “performing ‘gender reassignment medical treatment’” for children under 18. Specifically, the proposal bans any intervention that suppresses puberty, alters a patient’s appearance or physical body to express a different gender identity, or medical therapies that treat gender dysphoria.

Despite those stipulations, Republicans went to great pains to emphasize that counseling, drugs for depression or anxiety, or services for people born with “ambiguous genitalia” were not off limits.

University officials, meanwhile, have taken the threat seriously, telling reporters on Tuesday that officials were already putting the brakes on pieces of its controversial “Roy G. Biv” program. In a statement, a hospital spokesperson confirmed that “the OU Health Senior Leadership team is proactively planning the ceasing of certain gender medicine services across our facilities, and that plan is already under development.”

For now, the Roy G. Biv section of the hospital’s website, decked out with a bright yellow kite and cartoon guide, still advertises a whole scope of treatment, including “pausing puberty,” “gender-affirming hormone therapy,” “assisting with legal name or gender marker changes,” identifying “surgeons who perform gender-affirming surgeries,” and even “collaborating with [area] schools.”

State Rep. Randy Randleman (R-Eufaula), who also happens to be a psychologist, explained that “Funding for childhood mental and behavioral health issues” is still a “critical need in Oklahoma.” That said, “Some of the ways these issues are being addressed do more harm than good for the child in the long run. Unproven, controversial, unchangeable hormonal procedures, including gender reassignment, at a young age can do irreparable physical, mental, and emotional damage to a child. Taxpayer dollars should not be going to facilities that are promoting and performing these procedures.”

Quena González, Family Research Council’s senior director of Government Affairs, cheered the state’s quick action, telling The Washington Stand, “It’s great to see Oklahoma potentially joining the ranks of states taking a stand against gender transition procedures on minors. ‘Gender transition’ is an experiment. No ‘treatment’ can change a person’s genetic composition, and no studies have demonstrated long-term benefits. The government should not force taxpayers to fund this experiment, or insurers to cover it, and children should not be subjected to it.”

Although the explosion of transgenderism has had life-altering effects on too many children, González points to another encouraging trend: the growth of grassroots pushback. “In 2021, 21 states introduced bills banning gender transition procedures on minors. In 2022, 13 states proposed similar legislation.” If legislators are looking for ways to combat this ideology, González insists, “FRC’s government affairs team stands ready to assist lawmakers in other states in enacting comprehensive protection for minors against dangerous medical experiments that irreversibly harm children.”