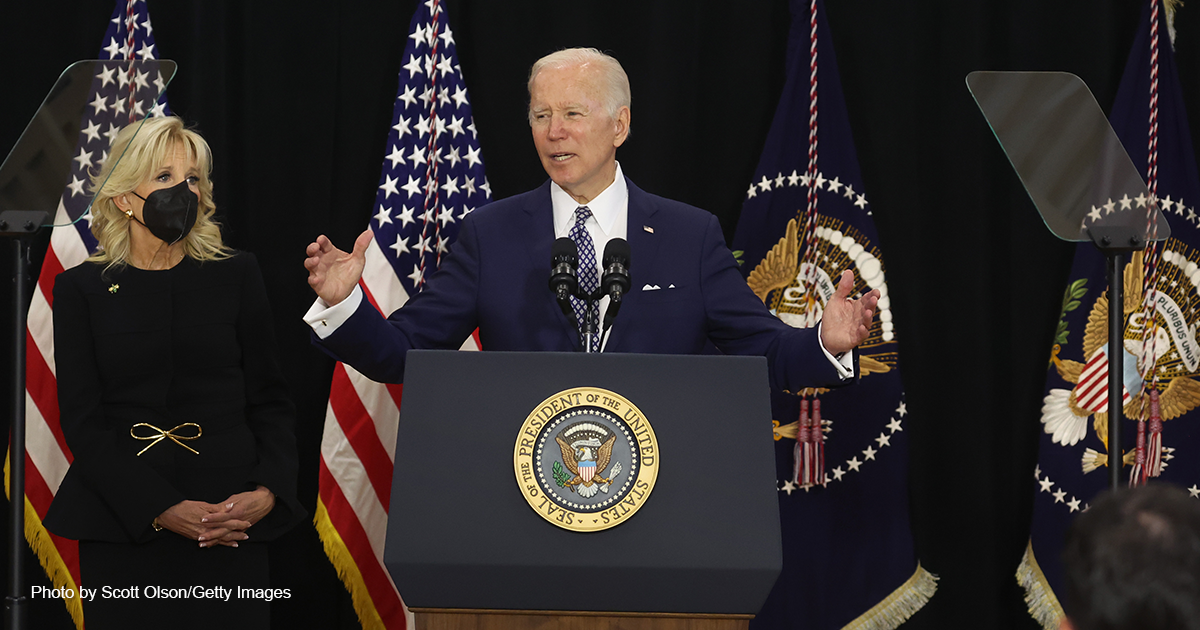 President Biden traveled to Buffalo, New York Tuesday to commemorate victims of a mass shooting in a supermarket on Saturday afternoon. “Evil did come to Buffalo,” he said, “and it’s come to all too many places, manifest in gunmen who massacred innocent people in the name of hateful and perverse ideology rooted in fear and racism.” Before we turn away too quickly, it’s worth acknowledging the truth in what Biden said: the shooting was evil. The shooter was motivated by hate, racism, and fear. Those whom he killed had done him no wrong.

Amid a swirling sea of sensational headlines, it’s tempting either to tune out or be swept along. We often need someone to sift through the spin and present a sober summary of the facts, as National Review’s editorial board has helpfully done here:

Initial reports tend to be incomplete or inaccurate, and the impulse to instantly fit moments of national shock, grief, and anger into a political agenda should be resisted. This much, though, we can say with confidence. Police arrested an 18-year-old male, and the evidence that he is the shooter and that the massacre was motivated by racial hatred appears overwhelming. He wore camouflage and body armor, and allegedly carried out the attack with an AR-15-style firearm. Of the 13 victims, eleven were African Americans…

Among the overwhelming evidence is a manifesto (180 pages) written by the shooter, which defies easy categorization but is filled with racist conspiracy theories, and an online diary (nearly 700 pages) which details his descent into extremist violence. It’s a sad story of a loner, bored during pandemic lockdowns, who began consuming extremist content in the dark corners of the internet, and who lacked a core worldview to guide him and provide meaning to his life. He was so disconnected from his local community that he travelled 200 miles to find his target.

But some Leftist journalists didn’t wait to learn the facts. A Rolling Stone headline exclaimed, “The Buffalo Shooter Isn’t a ‘Lone Wolf.’ He’s a Mainstream Republican.” A writer for the Atlantic insisted, “he was supported by an apparatus that provided the ideology and means.” The Washington Post attempted to tie the killer’s “great replacement” conspiracy theory to “conservative media,” while also acknowledging that he learned it online.

So, was the Buffalo mass murderer a conservative, a “mainstream Republican?” Hardly. “Conservatism is corporatism in disguise, I want no part of it,” he wrote. He describes himself as a “populist,” an “eco-fascist,” and “mild-moderate authoritarian Left.” He identifies as “Right-wing,” “Left-wing,” and “socialist” — “depending on the definition.” No Venn diagram could contain so many disparate — and diametrically opposed — categories outside of a kaleidoscope. But for cherry-picking journalists, who quote selectively or not at all, the shooter can be shoe-horned in to make any political point under the sun.

But this shouldn’t be about scoring political points. This should be about protecting life, a core duty of government under any party. The shooter was a symptom and product of the fractured communities, online anonymity, and social mistrust running rampant through our country and only exacerbated by the lockdowns. Government can only play a supporting role in healing the national tapestry. This moment calls for people to be less political and more neighborly, less glued to their screens and more rooted to their street, less identified with random internet pals and more identified with their families, churches, and communities. Where will we find such people?

Joe Biden invoked the Declaration of Independence with characteristic folksiness, “Our nation’s strength has always come from the idea — it’s going to sound corny, but think about it — what’s the idea of our nation? That we’re all children of God. All children — life, liberty. Our universal goods, gifts of God. We didn’t get it from the government. We got it because we exist.” Roughly speaking, conservatives, evangelicals, and other groups the media vilifies believe just that. Christians in particular have an opportunity here to live distinctly from the world by loving their neighbors — taking the intellectual knowledge that all people have dignity because they are made in the image of God, and translating that into deeds.

We mourn the lives lost — at a grocery store of all places. The victims were everymen and women, minding their own business, fulfilling the common chores of a daily life, providing food for their families. The violence was a tragedy, and we pray that God will prevent it. But we must do more than pray. The cultural change we seek should begin with us.