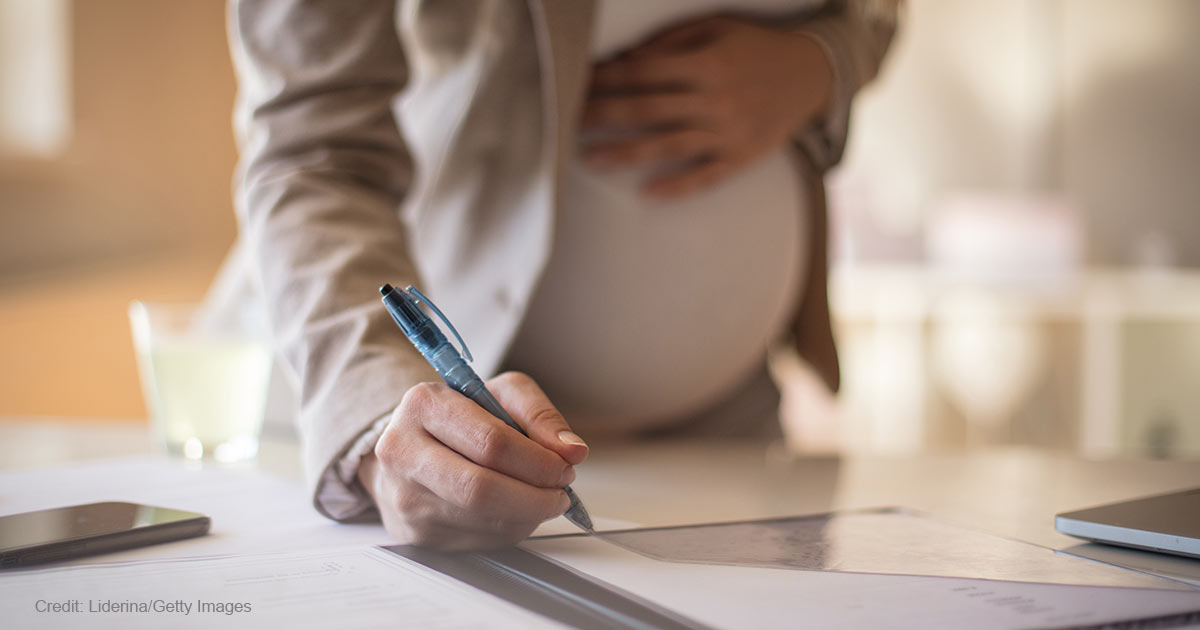 After the passage of Title IX in 1972, women who had matriculated from college into the workforce soon learned that they were at least semi-welcome — as long as they weren’t pregnant. In fact, in 1976, the Supreme Court ruled in General Electric v. Gilbert that refusing benefits to pregnant women did not constitute sex discrimination under Title VII. By 1977, only 25% of insurance plans allowed sick leave to be used for pregnancy.

Unwilling to accept a workplace that only valued men, those who believed pregnant mothers made critical contributions working outside the home labored tirelessly to pass the Pregnancy Discrimination Act (PDA). When it finally passed in 1978, the PDA prohibited employers from discriminating against women on the basis of pregnancy, childbirth, or a related medical condition.

But the PDA did not go far enough. Significant gaps in the legislation require pregnant mothers to prove that other employees are given their sought-after modifications and, in the end, many pregnant mothers are still denied reasonable accommodations like sitting on a stool instead of standing or drinking water throughout their shift.

In part, the protection of reasonable accommodations for pregnant workers is what the Pregnant Workers Fairness Act H.R. 1065 (PWFA) would ensure. H.R. 1065, which has passed in the House and now resides with the Senate, claims to prohibit “employment practices that discriminate against making reasonable accommodations for qualified employees affected by pregnancy, childbirth, or related medical conditions.”

Unfortunately, that’s not all it would do.

The PWFA also advances a malicious pro-abortion agenda that would force employers to make accommodations surrounding abortions in the same way as they would for a woman giving birth. Just look at the abortion-minded groups behind the legislation — including the nation’s largest abortion business, Planned Parenthood. The bill would fly in the face of conscience rights and religious liberty by giving employees a method of circumventing federal protections for the conscience rights of employers.

PWFA would empower the government to force a private business to facilitate the circumstances surrounding a procedure that the employer, whether religious or not, sincerely believes to be a moral evil — a procedure that 13 states have banned because it ends the life of an unborn human. While Democrats in favor of the bill argue that religious objectors are protected by RFRA, the facts are that the courts rule against RFRA protections 80% of the time — and not every organization that opposes abortion does so on religious grounds.

Several organizations within the pro-life movement, such as Secular Pro-Life and Progressive Anti-Abortion Uprising, advocate for life because of a basic understanding of human biology rather than religious convictions. Any business owner who understands that life begins at fertilization can also understand that abortion ends the life of an innocent human being, and consequently make sincere objections to facilitating accommodations surrounding an employee’s abortion.

Because the PWFA will require all employers to advertise their employees’ “right” to accommodations like leave for an abortion, the PWFA, if passed unamended, will divide women in the workplace into two separate classes — those who give birth to their children and those who do not.

When women have children, it costs the company money. In addition to the expense of maternity leave, after having a child, 49% of women choose to take a break from working outside the home. Replacing an employee costs companies approximately 33% of a worker’s salary. Even if a woman must take several days of leave to travel out of state, abortion saves companies money.

Already, 65% of working women without children worry about having a child — including 42% who believe their career trajectory would be negatively impacted if they did. Furthermore, 21% of women are worried to tell their boss that they are expecting a child. Imagine the increased pressure if those women knew when they announced their pregnancy, they could also be informed of their “right” to take leave to obtain an abortion. Women in the 1970s faced employers who withheld their benefits because they were pregnant; under PWFA, women in 2023 will face employers that provide time off to end their unborn child’s life. In both instances, it is the employer versus the child with the mother standing in between.