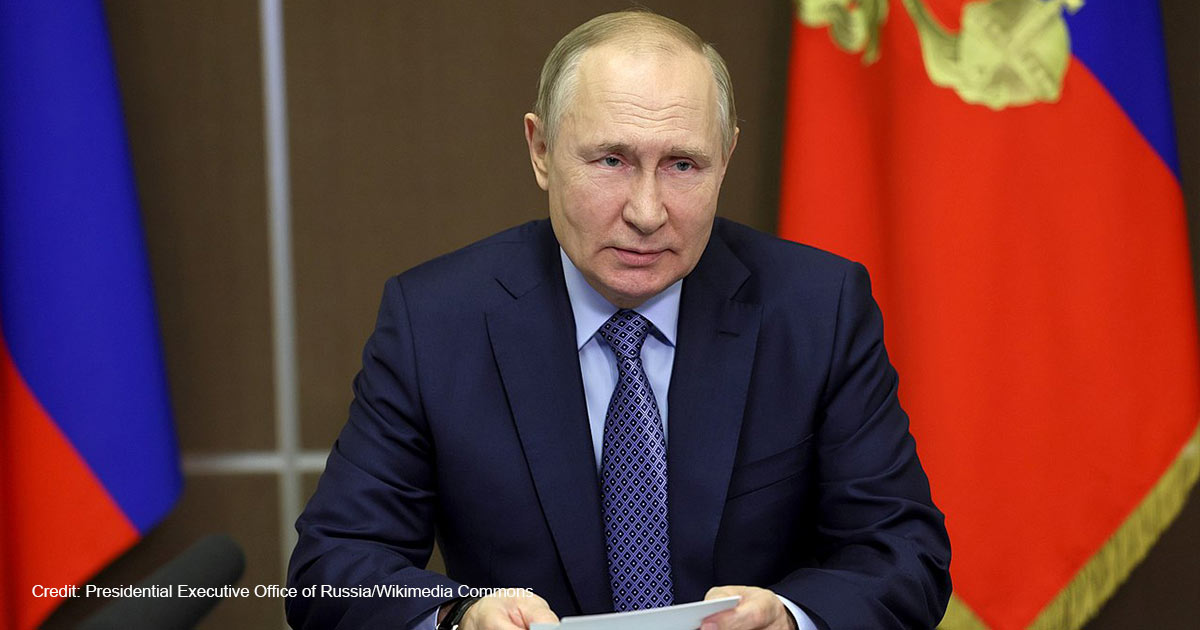 Putin’s Folly: Identifying as a Defender of Religious Freedom

In February 2022, when Russia invaded Ukraine, most western Christians didn’t express immediate concern about threats to religious freedom. Of course, everyone knew the fighting would be ugly. And a general sense of dread was stirred up by reports of Russia’s notorious ruthlessness in other conflicts. Yet specific fears of what might happen to religious believers in Ukraine were not clear in our minds.

In retrospect, we should have been paying closer attention.

As the war continues to grind on, many of us have become increasingly aware of Putin’s poorly executed military plans and inevitable setbacks. Meanwhile, we’ve heard firsthand reports of his soldiers’ war crimes again innocent civilians. In several cities and townships, horrific details have emerged. As we reported in Newsweek:

Indisputable evidence of Russian war crimes has stunned the world as gruesome scenes continue to be exposed in Bucha, Ukraine — a town near Kyiv. The sprawled remains of more than a dozen civilians, abandoned along a road, have been clearly photographed. An elderly woman was found beheaded. One group of nine, all in civilian clothes, were scattered around a site that residents said Russian troops used as a base. “We have already buried 280 people in mass graves,” said Bucha Mayor Anatoly Fedoruk. “These people were shot … in the back of the head.”

Such reports have repeatedly been publicized, not only on mainstream news, but in personal Twitter accounts offering eye-witness statements from local residents as well as Ukrainian officials. According to the Associated Press, such violence is calculated, expressed in orders to “kill everyone.”  But abuse of religious believers by Putin’s largely “Christian” troops has received little notoriety — at least until now.

Mindy Belz publishes Globe Trot, an indispensable overview of international religious freedom and Christian persecution. She recently provided a report on the Ukraine War, in which she wrote:

An investigation into Russian attacks on religious sites in Ukraine found that more than 270 houses of worship and religious institutions have been damaged or destroyed since the February invasion. Russian soldiers continue to seize church property in occupied areas, turning churches and seminaries into military bases. They have detained and abused clergy, in some cases torturing them.

For some years, online photos have depicted a pious Vladimir Putin lighting candles in Russian Orthodox churches, wearing a gold cross on his bare chest, and openly participating in religious celebrations. He has at times even positioned himself as a “leader of Christendom.” Unfortunately, Putin’s decades-long participation in well-documented international ruthlessness repudiates any such role for him.

And now a report, “Russian Attacks on Religious Freedom in Ukraine,” exposes the vicious violence Putin’s military has imposed on believers of all faiths. In the present conflict, it specifies destruction of religious structures: “The largest number of churches, mosques, and synagogues was destroyed in Donetsk region (71), especially in the nearly totally destroyed city of Mariupol. Second in terms of the number of ruined religious buildings is Kyiv region (53), where frantic battles for the capital Kyiv took place. The war also caused large-scale destruction and damage to churches and houses of worship in Luhansk (40) and Kharkiv (39) regions.”

According to the report, 43 Baptist churches, 42 Pentecostal churches, over 100 Ukrainian Orthodox churches — along with Jewish synagogues, Islamic mosques and various other denominational structures – have been leveled. But far worse have been the vicious attacks and sadistic torture of religious leaders from many of those same religious backgrounds. Individual assaults were described by an Orthodox priest, a Muslim imam, a pastor in a rehabilitation center, the Rector of the Odesa Holy Trinity Cathedral as well as others — all held captive by merciless Russian attackers and tortured at risk of their lives.

The dread of Russian cruelty, the threat of tactical nuclear attacks, and concerns about violence expanding across the region affect not only Ukrainian refugees and resistors, but also surrounding countries. Arielle Del Turco, Family Research Council’s assistant director of the Center for Religious Liberty, visited with Polish churches as the Russian invasion of Ukraine expanded. She had the opportunity to speak with believers there about their concerns, fears, and intentions in the face of the war. She learned that these believers’ desire to help the struggling Christians inside Ukraine was greater than their fears. She writes:

Polish churches have stepped up in an impressive way to serve Ukrainian refugees fleeing the Russian onslaught. One pastor I met with jumped into a car the night of the invasion and drove to the Ukrainian border to see how his church could help. Not long after, his congregation started sending vans full of supplies into Ukraine and coordinating with Ukrainian evangelical churches to distribute supplies to meet basic needs. The church is also renting apartments to house Ukrainian refugees and assisting them as they resettle and look for work. This is just one example. The reality is that it’s not hard to find Polish churches that are serving Ukrainian refugees — nearly all of them are. It’s a powerful and practical demonstration of God’s love.

As Russia’s crimes against humanity continue, it is inspiring to see the unflagging encouragement, generous donations, relief shipments, refugee resettlement, and other gestures of grace that are being extended to the war-torn Ukrainian people. Like those faithful Polish Christians, countless other religious and secular groups are setting aside their political opinions and military powerlessness, instead offering up prayers, encouragement, and generous provisions.

In the face of Putin’s blood-chilling threats and abuses, it is truly inspiring to see ordinary men and women across the world seeking to “overcome evil with good.” As people of faith, this is more than a choice; it is a mandate. And, considering our limited options, what else can we do? Let’s stand together as one, while we watch, pray, and urgently hope for a miracle.