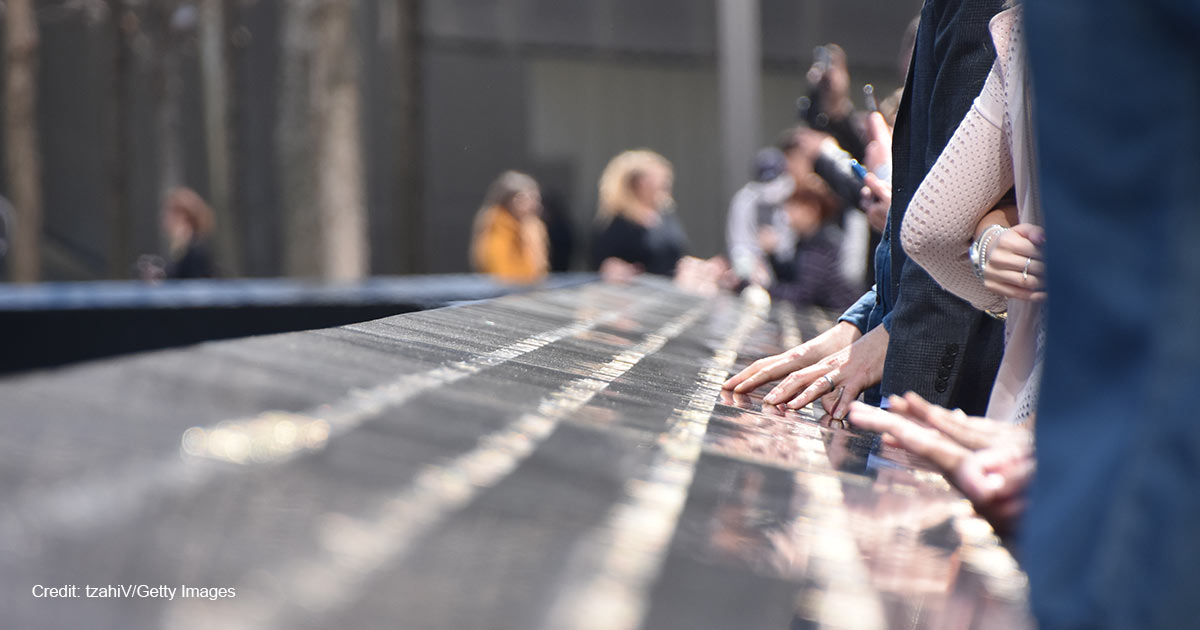 Remembering the Unborn Victims of September 11

Each year on September 11, the families of the victims gather at the site of the Twin Towers for a memorial service where the names of the 2,983 victims are read aloud. Alongside 10 of the names, the words, “and her unborn child” are read:

Renée A. May and her unborn child

Rahma Salie and her unborn child

These names, which are inscribed on the 9/11 memorial along with 2,972 others, as well as Monica Rodriguez Smith and her unborn child who were killed in the 1993 terrorist bombing at the World Trade Center, remind Americans of the impact of every life.

“And her unborn child” is not a political statement or a pro-life campaign. It is simply the statement of a fact. On September 11, 2001, in an attack on the World Trade Center, terrorists took the lives of nearly 3,000 Americans — 10 of them were unborn children.

While much time will be spent today recognizing the impact of the terrorists on American history, the focus should be on the impact that the lives of the victims had on their loved ones and their country. The countless stories of heroic virtue should be recounted.

The stories of people like Wells Remy Crowther, known to many survivors as the man in the red bandana who went back up the stairs so that others could get out of the collapsing building alive; like Fr. Mychal Judge, a Catholic priest who gave his life after rushing into the towers to be with those who were trapped; like Benjamin Clark, a retired marine and father of five who, after helping hundreds safely leave, stopped on the 78th floor to assist a woman in a wheelchair; like Moira Smith, a 38-year-old police officer with a two-year-old daughter, who led countless injured people to safety, and died in the effort to rescue more. These and countless other heroes are the people we should remember.

The listing of these 10 unborn children among the 2,972 others speaks to the incalculable value and immeasurable impact of every human life regardless of the number of days lived. There are no notations on the memorial listing any person’s degrees, accolades, or acts of heroism — though many listed undoubtedly died a hero’s death. The listing simply denotes each person’s existence — recognizing that just being has an impact.

We mourn tragedies like 9/11 because they have caused the deaths of human beings. We instinctively know that the loss of any human life is a tragedy; this is because every human life reflects the divine image of God. We mourn the loss of other image-bearers not because of their successes or achievements, but because their mortal existences were inherently valuable. Because each person — regardless of how long he or she lives — is a part of God’s design.

While the names of the 10 unborn children noted in the memorial are not listed, we know that as the prophet Isaiah tells us, the Lord calls each one by name (49:1). We know that in His book were written each of those children’s days (Psalm 139:16), that each of their lives served a purpose and fulfilled part of God’s plan (Jeremiah 1:5).

On this September 11, each of us should take the time to reflect upon the lives that were lost and to pray for the families of the victims. As we do, we should remember and pray especially for those whose lives are forever changed by an unborn child who they hope to meet one day in heaven.